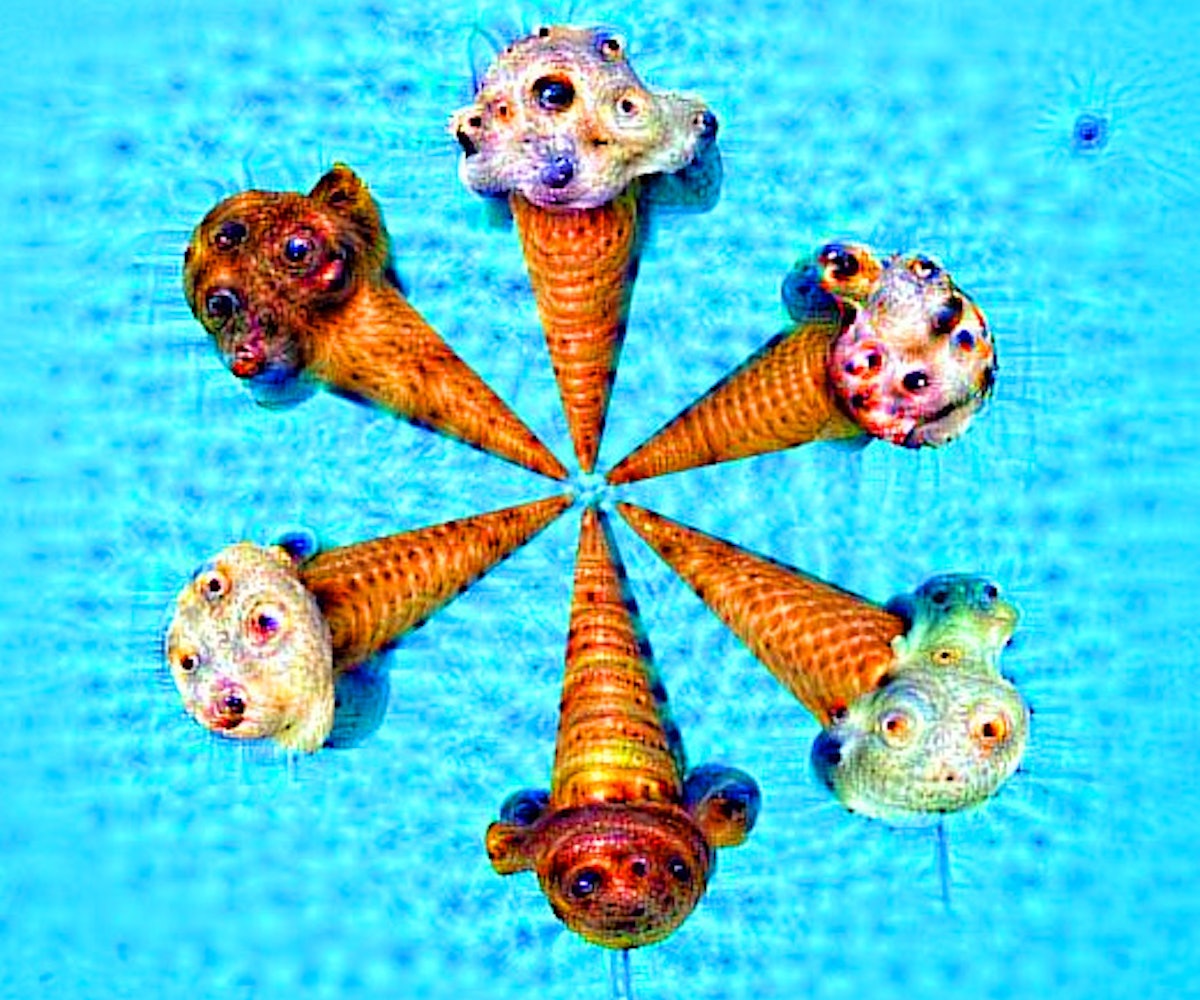 Everyone’s been caught staring off into space—perhaps gazing at a sky full of stars or fluffy clouds—daydreaming until familiar shapes (animals, faces, even logos) take shape. But here's a question for you: Do computers space out, too?

As it turns out, artificial computer “brains” aren’t so different from human ones, as evidenced last month when Google coined the sci-fi phrase “Inceptionism” to account for the rather creepy phenomenon of artificial neurons caught wandering off into La-La Land. Google's futuristic #deepdream code was unleashed, and arty nerds got right down to business.

At the risk of oversimplifying a beautifully complex marvel of AI science, the Internet did what it does best and released a barrage of supremely trippy, feverishly surreal digital snaps of computers’ coded “daydreams.”

Now, some genius has turned the inception code into a psychedelic web app that works much like Instagram, allowing users to upload photos and doctor them with a set of 19 consciousness-expanding filters, sans messing around with complex coding. Just see for yourself the kind of LSD-esque (and oftentimes just straight-up nightmarish) masterpieces touted in the ever-changing Dreamscope Gallery.

Play around with the trippy app here, and just think about how next-level your summer selfies could be with a dose of “Magic-Eye” surrealism.