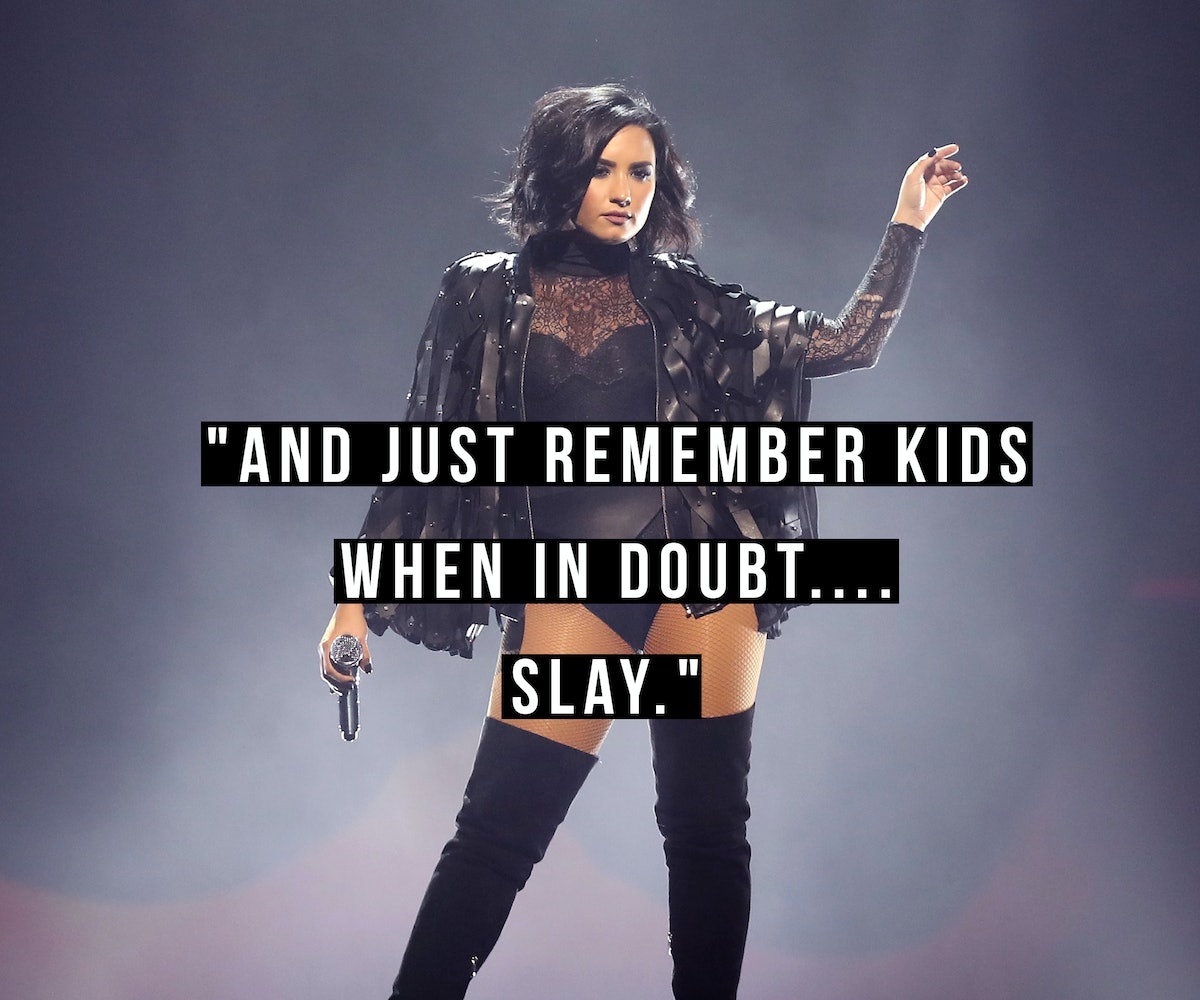 Demi Lovato has experienced more highs and lows in life than have most newly minted 24-year-olds. The "Cool for the Summer" singer doesn't shy away from talking about her time in rehab or battling addiction and an eating disorder, and she has made transparency a priority. Though she has gone on record to say she would like her music to speak for itself rather than be defined by her past, she embraces the spotlight she's been given because her strength can, in turn, give others who are going through tough times their own strength.

Her music has become a vehicle for self-empowerment. Songs like "Confident" put a pop spin on the age-old question of "What's wrong with being feeling yourself?" Others, like "Stone Cold," embrace vulnerability. Her recent naked and makeup-free photo shoots bring the conversation around body positivity to the forefront of the media world and dinner tables across the globe. There isn't a light quite as bright, as outspoken, and as unique as Lovato's. Here, we celebrate this outspokenness with her 10 best quotes.

"I'd rather live my life free and open than closed off, where people like me for something that I'm not." —Refinery29

"I think when someone gets to rock bottom and they need a way out of that hole, the only way to get out is to surrender and ask for help." —Elle

"The more confidence you have within yourself, the more you can bring out in others. It's more about the way you feel over the way you look."” —Teen Vogue

"I no longer look at my body and think, Oh my gosh, I have such a fat butt. Or, I hate my thighs. On some days I don’t love them. But, you know, that’s one of the things that makes me, me." —Glam Belleza Latina

“When I was on the Disney Channel, I wanted to get my nose pierced in the middle so that I could flip it up during filming, and flip it down at night to let the wild child side come out. Turns out, I didn’t need the nose ring.”—NYLON

"I like to have friends in my life who believe they're going places and are working toward their dreams. When you're growing, and the people around you aren't, that's when you have to start shedding them." —Seventeen

"We deserve to show the world our beauty and our confidence!!!" —Instagram

"What does it mean to be confident? It means letting go, being authentic, saying I don’t give a fuck and this is who I am." —Vanity Fair

“One of the scariest moments in life is when you come to the realization that the only person that can save you is yourself.” —Twitter