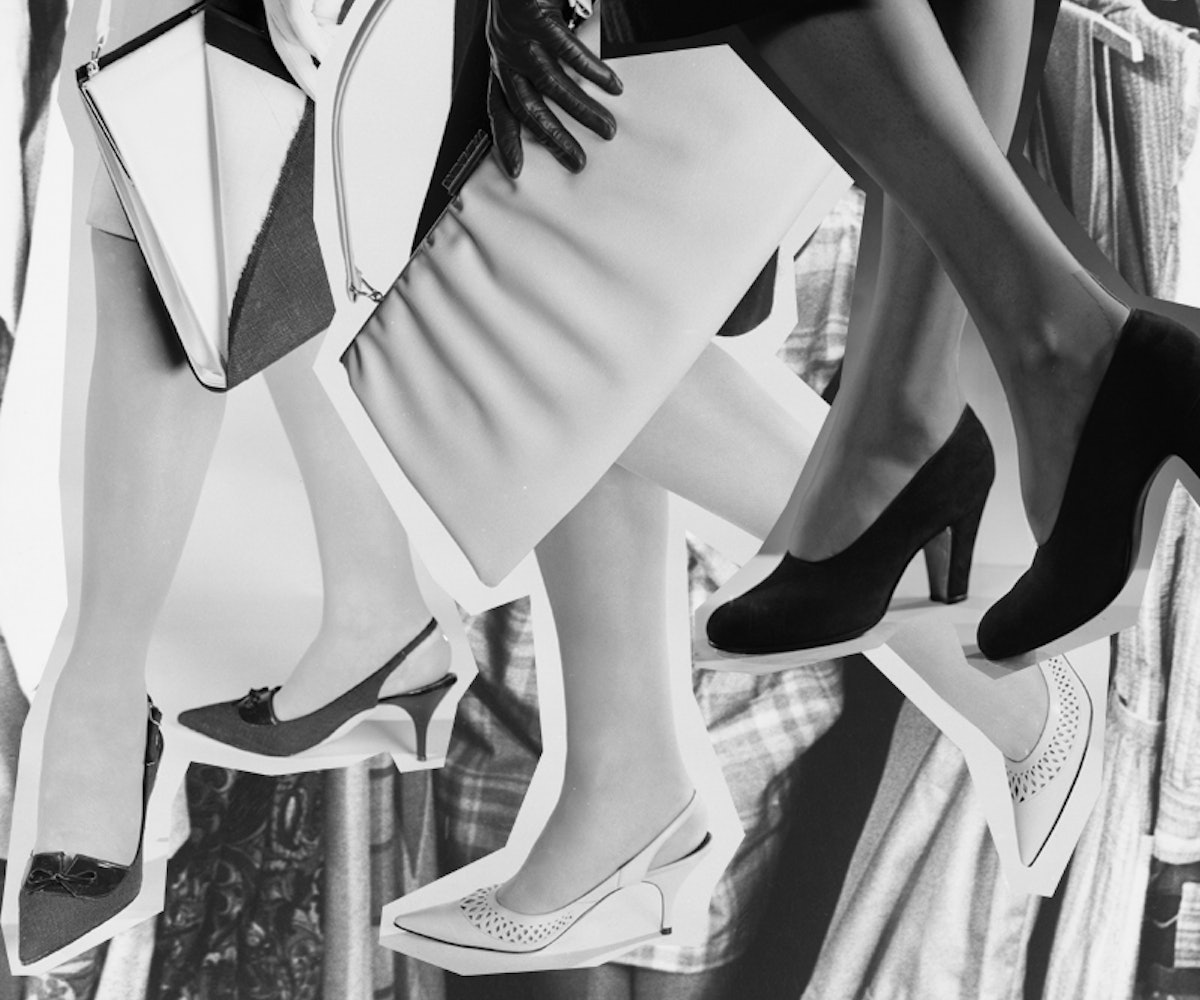 If you look around, a lot of creative professions are dominated by men, and design is no exception. That said, it’s strange when fashion schools filled with mostly women filter into an industry crowded with mostly men, or when mostly men are telling women what to wear and how to express themselves. There are ways to combat this situation—by being mindful and inclusive, for example—but design itself can serve as a platform more active feminism. The very process of creating items of self-expression plays a role in the identity of both the artist and the consumer.

Such was the conversation at Slow Factory in Brooklyn, New York, recently. An AIGA/ NY panel, titled Redesigning Feminism, gathered Laura Wass, the founder of WXYZ jewelry, JiaJia Fey, the digital director of the Jewish Museum, Céline Semman Vernon, a designer and the founder of the Slow Factory, and Hala Abdel Malak, a designer and professor at Parsons School of Design, to discuss these issues with moderator Kevin Allred, who apologized profusely for being a man in such a charged, feminist space. Here’s what we learned over the course of the evening.

It’s ridiculously difficult for women to earn competitive positions in design, sometimes simply because they are women.

As a professor at Parsons, Abdel Malak says her students are 90 percent female—a number that does not reflect the state of the industry outside of school. “I teach almost all women, but the industry is all men,” she said toward the beginning of the panel. “Why are men telling us what is in style and what is not?”

She made a point of noting that creative majors are seen as lesser in an academic context. Women are often filtered into them, only to be pushed right back out in the race for positions of influence. Abdel Malak works to help women who are struggling to break into the industry, though she knows a more fundamental change is required to truly add voices to the conversation.

Abdel Malak, personally, has lost out on promotions and other opportunities, specifically, because she is a woman, too many times over the course of her career. She thinks an important step is moving past that categorization altogether. “Woman shouldn’t be the first thing that I am seen as,” she said. “I’m successful, I’m a professor, I’m a cultural ambassador, I’m all of those things, and also a woman.”

Social media is one way to break down barriers for those hoping to engage with design...

In her work at the Jewish Museum, Fey does a lot of thinking about how social media should enter the typically walled-off space of a gallery. Viewing art is an often silent, or at least quiet, activity: you look at the pieces, maybe murmuring to whoever you brought along, but no one talks to you. Social media changes all of that, and it opens up a lot of new options for who can enter the art world. According to Fey, social media can be a tool in probing institutions’ often antiquated ways of thinking. “I’m kind of charged with thinking about how to translate what’s happening inside brick and mortar into the Internet,” Fey said. “With social media, it becomes a dialogue and there’s a responsibility to participate.”

For Semman Vernon, the accessibility of the Internet changed everything in the early days of her design career. When she was struggling to get into art schools for being “too bizarre,” it provided an option for building her knowledge on her own. “The Internet was the way I discovered who I was [as a designer], through open knowledge and open culture,” she said. “That’s how I was able to find out who I was.”

“Sometimes being a feminist is not a conscious [act],” Semman Vernon added. “But more something that makes you break boundaries as much as you can.” It’s amazing how something as simple as the accessibility of design via the Internet invites more voices to participate.

Opening up the world of design doesn’t just mean more adding more women to the mix, but creating an equal playing field across the spectrums of diversity.

As a young Asian woman, Fey noted that she doesn’t often see herself reflected back in the field, and emphasized that it is important to be aware of diversity, in terms of race, as well. “At the bottom rungs, it’s white women,” she said of the museum hierarchy. “And as you move up, it’s all white men. I don’t have a quota I check off as a feminist, but it is something I am constantly, even unconsciously, mindful of.”Semman Vernon also works to this end by using “plus-size” models at the Slow Factory. “Well, that’s what they are called, but of course, they are normal,” she explained, gesturing to her own frame. Growing up in Lebanon, she struggled to fit into a societally prescribed ideal, and she sees it as crucial to widen the span of images that women are offered, or, as she put it: “The campaigns that we work with are trying to empower by telling a different story around women.”

Design can be a powerful tool for creating meaning...

Part of Abdel Malak’s work centers around the keffiyeh, a Middle Eastern headdress, which she has worked to recontextualize for a western perspective. She engages with the plurality of identity by studying what the traditional male garb means when it is made accessible in women’s fashion. (Of course, this requires a sense of reverence, which she contributes from her upbringing in Lebanon. “I’m sure you’ve seen the keffiyeh at Urban Outfitters,” she joked. “It doesn’t really belong there.”)

Reappropriating can also happen within a single culture. Semman Vernon brought up Tavi Gevinson’s aesthetic, and its quiet subversiveness. Gevinson’s use of sparkles or just the color pink works to take back a reductively “girly” space. As a designer, Semman Vernon says it’s a reminder that part of feminism is letting women be who they want to be by making their own meaning out of cultural symbols. She used to reject more typical gendered symbols, but has over time learned to embrace them. “Wear pink if you want to, put a unicorn on your head,” she said. As she sees it, style should be a way of being whoever you want to be, not another means of succumbing to societal judgment.

… and simply making use of it can be a feminist act.

Wass discussed the way she thinks about her work being used to help consumers express themselves. “I do think there is something empowering about building characters,” she said, “Jewelry has this power, and it’s had this power historically, it lets you define yourself through something symbolic that is explicitly nonfunctional.”

With WXYZ designs, she often contemplates stripping away identity or building it out. She thinks accessories’ lack of practicality makes them crucial for that process. “Some people want to define and some people want to remove the definition,” Wass said. “Those are both ways that we can think about evolving our identities as individuals in this world or making our own world [outside of that].”

That statement contains the most striking takeaway of the panel: Design creates meaning, and even just being aware of that, may be the start of a feminist shift in the industry. “Look at the art world, the design world, look at fashion designers,” Abdel Malak said. “We’re still dressed by men, we’re still told by men what we can be and what we can do, when really we should decide those things.”