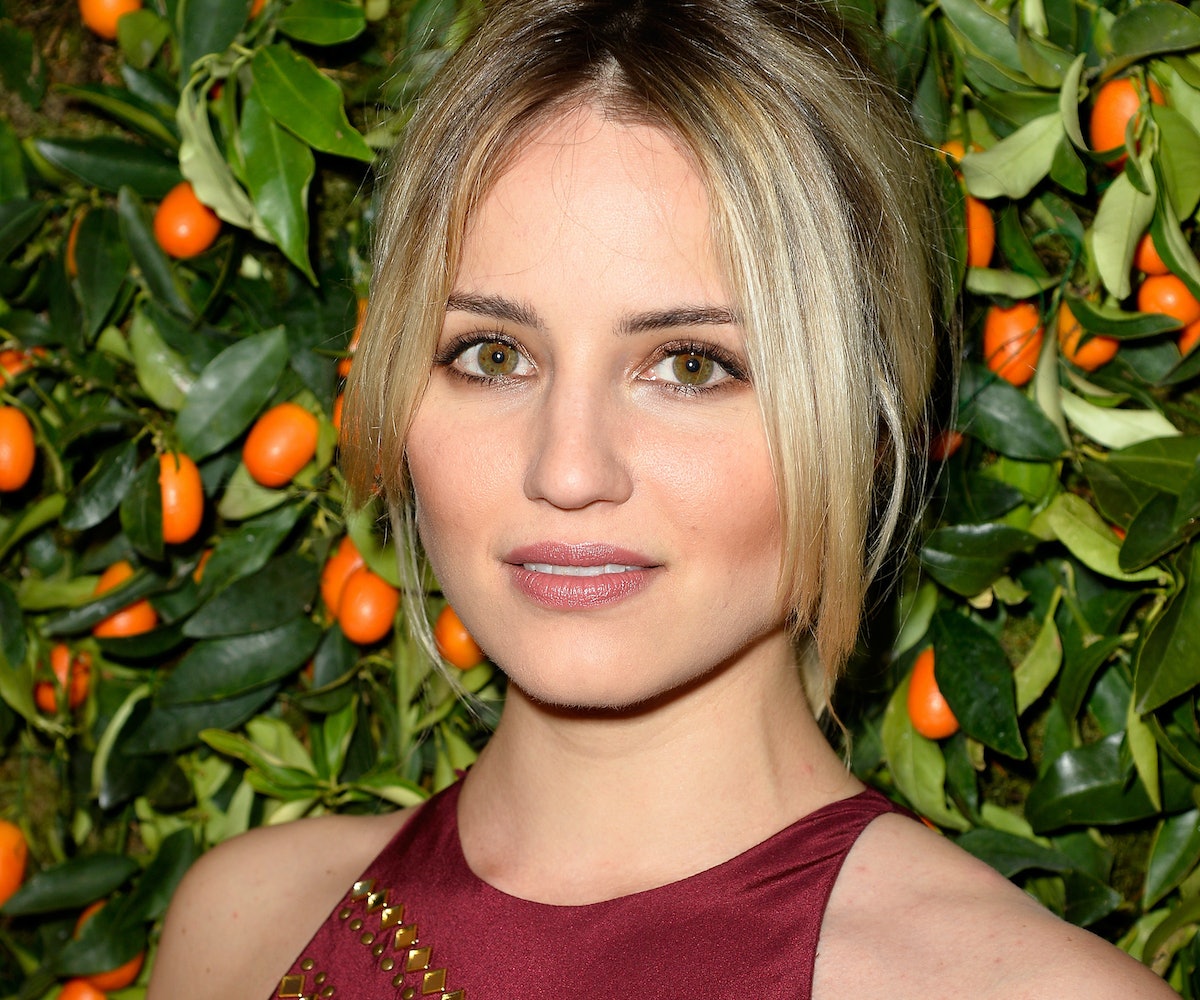 “Next year I'll be 30 and I couldn't be happier. I'm very proud of the woman I've become.” We love to hear that from Dianna Agron, especially when discussing her latest film Bare. It’s perhaps her bravest role yet, taking on stripping, her first nude scene, and the sexual and existential liberation of a young girl in Nevada. It’s the desert, drugs, Paz de le Huerta, and a totally trippy adventure of a film. In the film directed by newcomer Natalia Leite, Agron plays Sarah, a woman stuck working at a supermarket, still living at home, and dating a guy she doesn’t even like. When wanderer Pepper (Huerta) crashes on her couch, appearing out of nowhere, they begin a friendship. Pepper’s motives are elusive and she’s clearly a bad influence, giving Sarah drugs and eventually helping her land a job at the local strip club. As dangerous as Pepper may seem, Sarah becomes attracted to her freedom, both sexually and emotionally. As Sarah moves farther away from her tedious past, she will deal with how her decisions affect her future.  We recently spoke to Agron about making the move into such risky, new territory, her own rebellion growing up, and her views on the fluidity of sexuality.

This film really launches you into new territory as an actress. Were you at a place where you were ready to break free a bit?

I guess I have always been ready for different roles and challenges, but they come at different times, some when you're ready and some when you're not. I read Bare a year before I signed on. When I first read it, I didn't engage because they wanted me for Sarah. If anything, I wanted to play Pepper, play against the innocent look that I can tend to have and use some of my past experiences to fuel the role. I never spoke with Natalia and it wasn't until a year later when it came back around, due to scheduling conflicts with another actress, that I had a new perspective. I came to the conclusion that playing Sarah could be an homage to the time where I, too, was at a crossroads and even though it was over 10 years ago, I could access that with the right actress opposite me.

I think many girls go through a moment in their life where they want to rebel. Have you been at this place before, personally?

My early teens were for mosh pits, crowd surfing, going to concerts on my own, lying our way backstage. Then in high school, there was drinking, sneaking out of the house, staying out late with friends—but everything [was] in good fun, fairly innocent. I was confident and free in a beautiful way. Then I moved to Los Angeles and, looking back, I find it interesting to reflect on how things changed. I was fierce in my pursuit of my career, but timid and shy in front of new people, mainly because there was a fair degree of hazing from strangers. I can't tell you how many times you hear, "Oh, you're an aspiring actress? So which bar do you work at?" Or, the odd moment of being sexually challenged, harassed, etc. I had my guard up for a long while. Finally after the first season of Glee, I felt this sense of relief. I was doing what I set out to do and had people's respect again. I was again comfortable in my body, as a woman, and then a whole new range of exploration was allowed—at least in my mind. It was the right time for it. I traveled as much as I could, took in people's stories, experimented in different ways, it all has informed who I am today.

I have found beauty and lessons in everyone I've worked with, all at various points of their careers. With Ryan Murphy, we got to experience someone who really knows how to make something special. I remember hearing him describe why he makes the choices he makes. I still carry a lot of what he said then and apply it to the choices I make now. Natalia Leite  is newer to the scene but is really blazing a path. Both [Natalia] and our producer Alexandra Roxo are artists that know what they want and make it happen. Natalia's vision was so strong, she articulated it in such a way that I knew everything she wanted and then some. Both women found the financing themselves and put together this film out of researching it firsthand, coupling it with stories of their past. I'm really proud of both of them.

Were you nervous about doing the nude scene?

I wasn't nervous to take this on because I knew how Natalia wanted to film it. We talked about movies like My Summer of Love and what the tone would be. It is a choice I made for myself  because one, it is a beautiful part of real life, and two, I knew it was there for a reason.

Could you relate to Sarah's struggle with being trapped in a small town?

I grew up just south of San Francisco in a town called Burlingame. It only took 15, 20 minutes to go downtown, so we had this wonderful duality of the city versus our suburb. We had the freedom and openness to be whom we wanted. All that said, I'd say the most freedom I've found is the freedom I've found in the past two years. Next year, I'll be 30 and I couldn't be happier. I've very proud of the woman I've become.

Had you been to strip clubs before shooting this and, if so, how did your perception of that atmosphere change after making this film? Do you think stripping is a form of feminine liberation?

I've been to a few different strip clubs, and as we all know, there is a wide variety. I prefer burlesque. The Crazy Horse in Paris is my favorite. I went ages ago and find myself always taking new people because they are all dumfounded by the beauty of it. These women are the most stunning dancers you've ever seen. I think stripping, dancing, burlesque—it can be quite powerful and quite liberating, depending on the terms. At the Crazy Horse it is an honor, a privilege. The girls aren't within reach. Strip clubs are quite different. Too often these women are doing it because they don't feel they have any other choice. It is the means to an end. They are stuck. It can be a dark underbelly. And yet, some have rules that protect the women. In some, you can't touch them and they can't touch you. It just depends.

Our culture is moving toward accepting the fluidity of sexuality more and more each day. How did playing a bi­sexual character change or evolve your views on sexuality?

I think it is my experiences in life that have made me understand sexuality in many different ways and, in playing Sarah, I was just showcasing my beliefs in that I believe that love comes in many ways, shapes, and colors. I feel proud that we as a society are starting to understand and support more than just the social norms.

Being young in Hollywood, did you also become immersed in that party culture? What’s your advice to other young women, or men, who are susceptible to this lifestyle?

I like to work hard. I like to play hard, but for me, there is a way to do it. I'm not about bottle service. I'm about sweating my ass off in a random dance hall with my friends. You won't find me stumbling out of a club on the Sunset Strip. But hey, to each their own, right? That's just me.

What do you hope people will take away from this film?

I hope that people will take away a bit of wonder, a bit of self-reflection. I like little life checks. Am I doing what I set out to be doing a month ago, two months ago, a year ago? A bit of nostalgia for people past that point in their lives, a bit of inspiration for those looking for their next step. It's not about her journey—it's about your own.