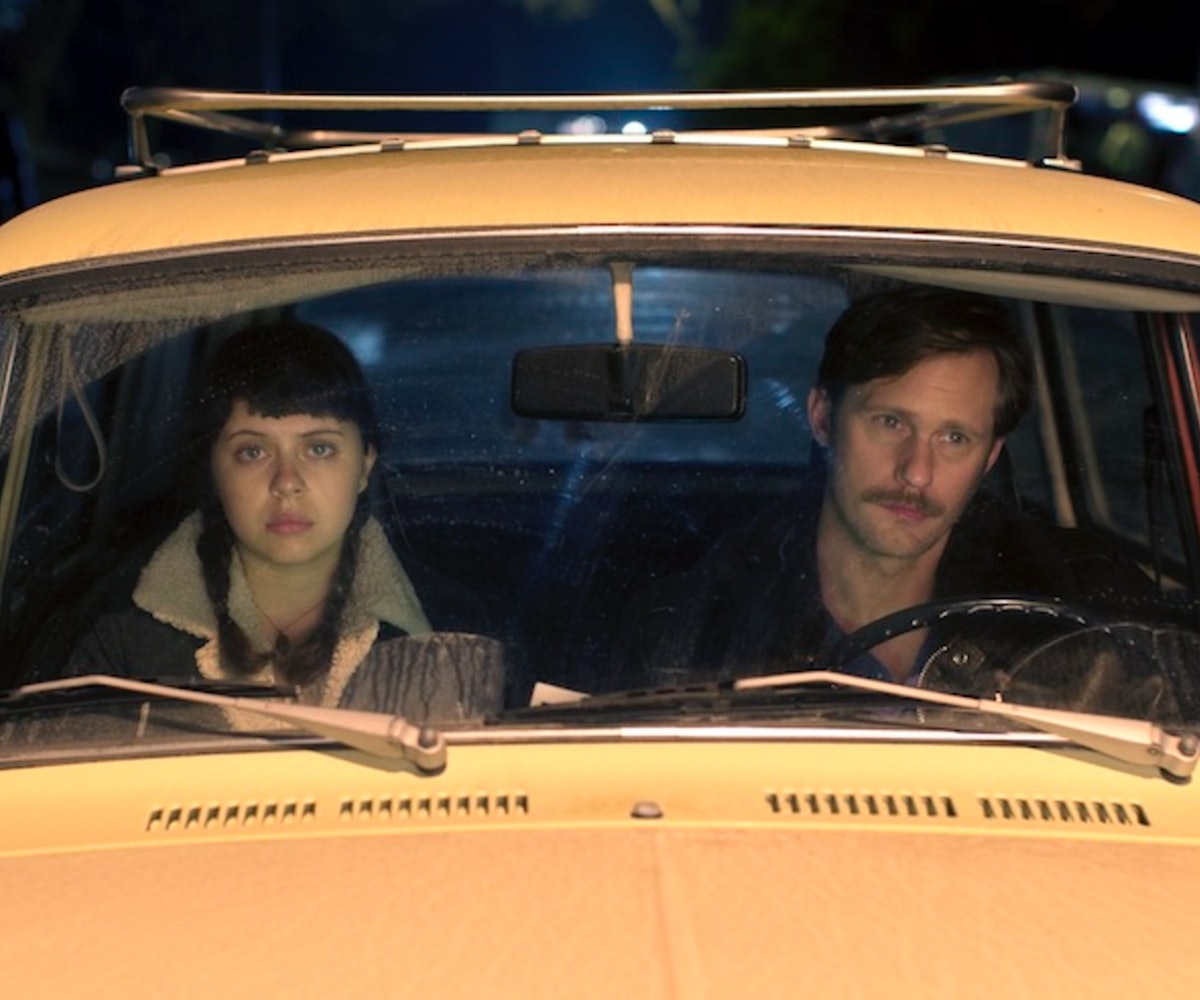 What happens when a 15-year-old girl wants to have sex? Or at least brings her body and sexuality into the cultural discussion? For instance, when Willow Smith asked us to imagine her naked—intentionally, wearing a shirt with a naked body etched upon it—what is the most appropriate reaction? As many have pointed out, she is only 14, but sexual identity and the awareness of the self as a vessel of sexuality doesn’t kick off the second one turns 18.

This may be why Diary Of A Teenage Girl is Sundance’s most challenging film. Fortunately, it already has a buyer, but when leaving the film, I overheard one distributor say didn’t know how to market a movie about a 15-year-old who wants to have a lot of sex—and he couldn’t tell if he had that reservation as a business person, or as a father. The film opens up with a slow motion shot of a young girl, played exceptionally by Bel Powley, strutting confidently through a park in San Fransisco, in full ‘70s garb. The shot zooms in on her butt, showing those iconic, pocketless bell-bottom jeans, as she tells us that today, she had sex.

Minnie Goetze is a 15-year-old girl who lives in liberal San Francisco, born to a liberal mother (Kristen Wiig) who has a slacker boyfriend who Minnie has decided, within the first minutes of the film to seduce—purely because he is the first guy who has ever paid the slightest attention to her tits. As moviegoers, we know this means trouble. As humans, we know this means heartache. But for filmmaker Marielle Heller, this doesn’t mean catastrophe, or a hand-holding resolution in which we are all taught a lesson. And, without giving too much away, this movie isn’t interest in proselytizing, telling us about the dangers of TEEN SEX (in all caps).  “That was our goal: to approach this as humanly as possible and to show complete characters and really complicated relationships without judging them,” says Heller.

That may be true. When thinking about the past fictional examples of sexually motivated teen girls, there are plenty of examples of broken creatures who turn to sex because something is “wrong” with them. Sure, Minnie has loads of issues, like being kind of a bad student and drug use (“Well, that’s the ‘70s!” says Powley), but director Heller doesn’t want her sexual appetite to be one of them.

One of the more daring elements of the film is Alexander Skarsgard’s Monroe: Minnie’s mother’s 35-year-old boyfriend who is in an affair with Minnie. But, a result of Skarsgard’s charming smarminess, he’s pretty hard to hate. As he tearfully says, he has feelings too. “There were moments where their connection was stronger than he had with the mother (played by Kristen Wiig). There were also moments where I felt like I was 15 years old, I felt we were falling in love for the first time,” says Skarsgard. “Then he’s drawn out of that, thinking, ‘Wait a minute. I’m a grown man.’ I don’t think it was as simple as him falling in love.” The underlying, reoccurring theme of the film was the removal of shame and stigma in sex—even though we, as modern audiences, understood there was something predatory and dangerous between Monroe and Minnie’s relationship. But it was not one without agency.

“I remember being that age and feeling incredibly discredited and discarded, when I felt like a full-grown human who had my own thoughts and feelings about myself and my world,” remarked Heller. “I knew how to conduct myself, but I felt like the world viewed me as a child who didn’t have agency. I remember feeling furious about that. It made me feel like I wasn’t a complete human, in the way that my male counterparts didn’t have.” The males that are Minnie’s age in the film—of which there are two prominent ones—are one-dimensional and quickly subsumed by Minnie’s sexuality. And in the end, Minnie doesn’t pay for it, which, along with her relationship with her mother’s boyfriend, was a big part of the story for Heller.

“That was obviously our goal: Approach this as humanly as possible and to show complete characters and really complicated relationships without judging them.” Which may be pretty controversial. Minnie is a child, technically and in the eyes of the law. But, at 15, most young women have at least considered the possibility of sex, and the realization that one day (dear Goddess) they may have it. But Skarsgard notes that this desire never makes it to the big screen. "Why has this not been done before? Why have I seen 25 coming-of-age stories about boys that are addressing their sexuality and being honest about what they are going through, that I can connect to, but I’ve never seen this with a girl as a protagonist. With a girl, it is always so polished. It’s always so ‘cute,’ in the most Christian way — you don’t think about sex, you think about marriage.” Spoiler: The only time, inTeenage Girl, that Minnie thinks about marriage, she totally balks.

So, to return to the original question: How can we, as viewers, watch a teenage girl explore herself sexually with a man—much less a 35-year old man—without alienating the audience? According to Marielle Heller, it is time for us to realize that a teenager may indeed be horny. “This is not a character who is feeling shame about her experiences. She is exploring, and curious, and honest. She is not stepping back and judging herself. Hopefully we presented it in a way where the audience can go along that journey without going into the slut-shaming mode, because it is time for us to get over that.”

Women Who Have Sex Are Killing It On The Big Screen