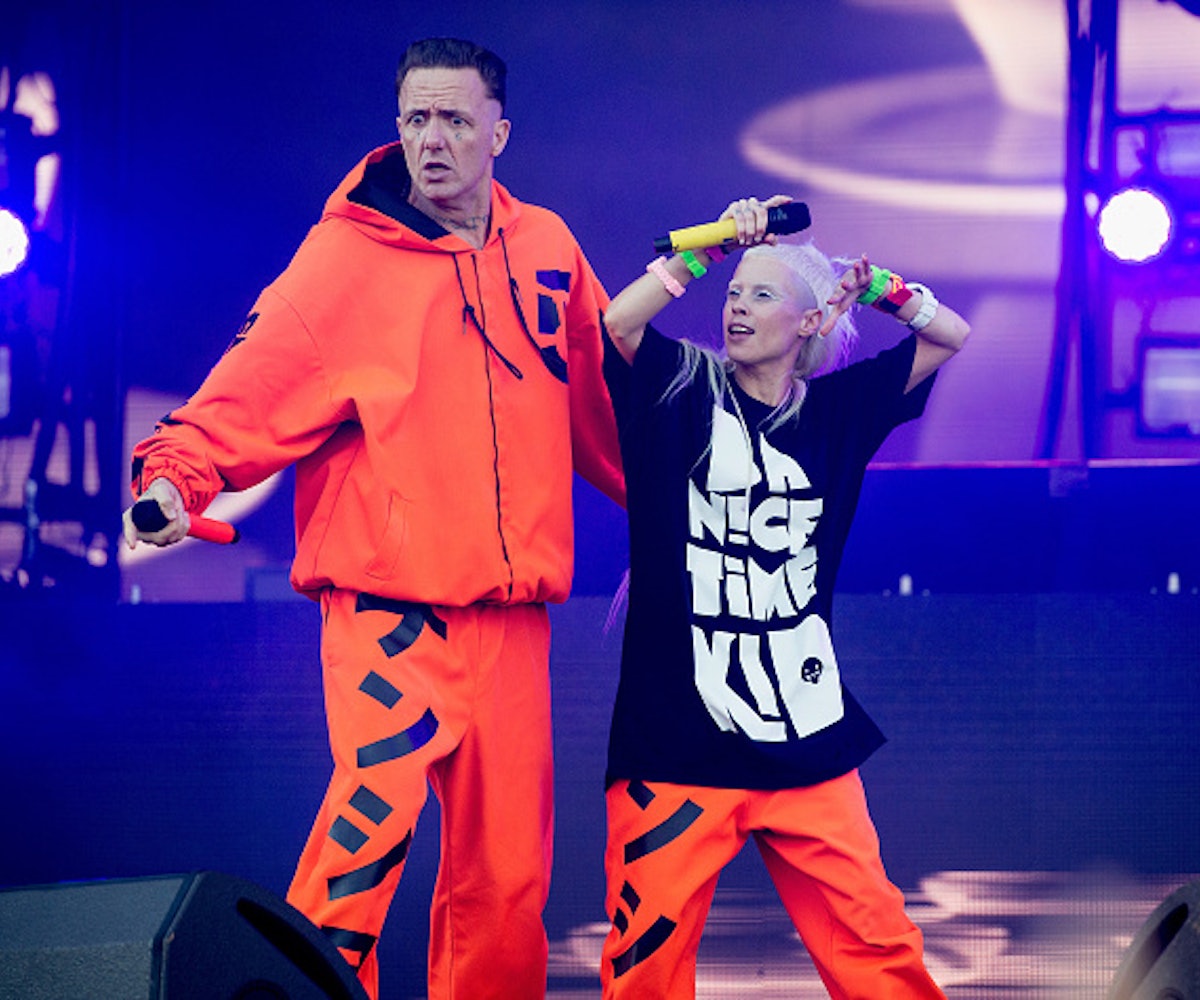 Die Antwoord released a new short film today, and it's... unsettling. Tommy Can't Sleep stars the rappers Yolandi Visser and Ninja's daughter, 16 Jones, as "Lil Tommy" and Jack Black as "Big Tommy." And basically, every image is burned into my brain forever.

The film, directed by Visser, begins with Lil Tommy not being able to sleep because of the rats in the house. When his neglectful and overly dramatic mother, zonked out on sleeping pills, refuses to do anything about the infestation, Lil Tommy is lured into the basement by Visser, with promises of things like ninjas and guns. It's there that he meets Big Tommy. Black's character is an older, much more demonic version of Lil Tommy. There are also contortionists and terrifying masks and, you guessed it, lots more rats.

Check out the film below. You're welcome for the nightmares!