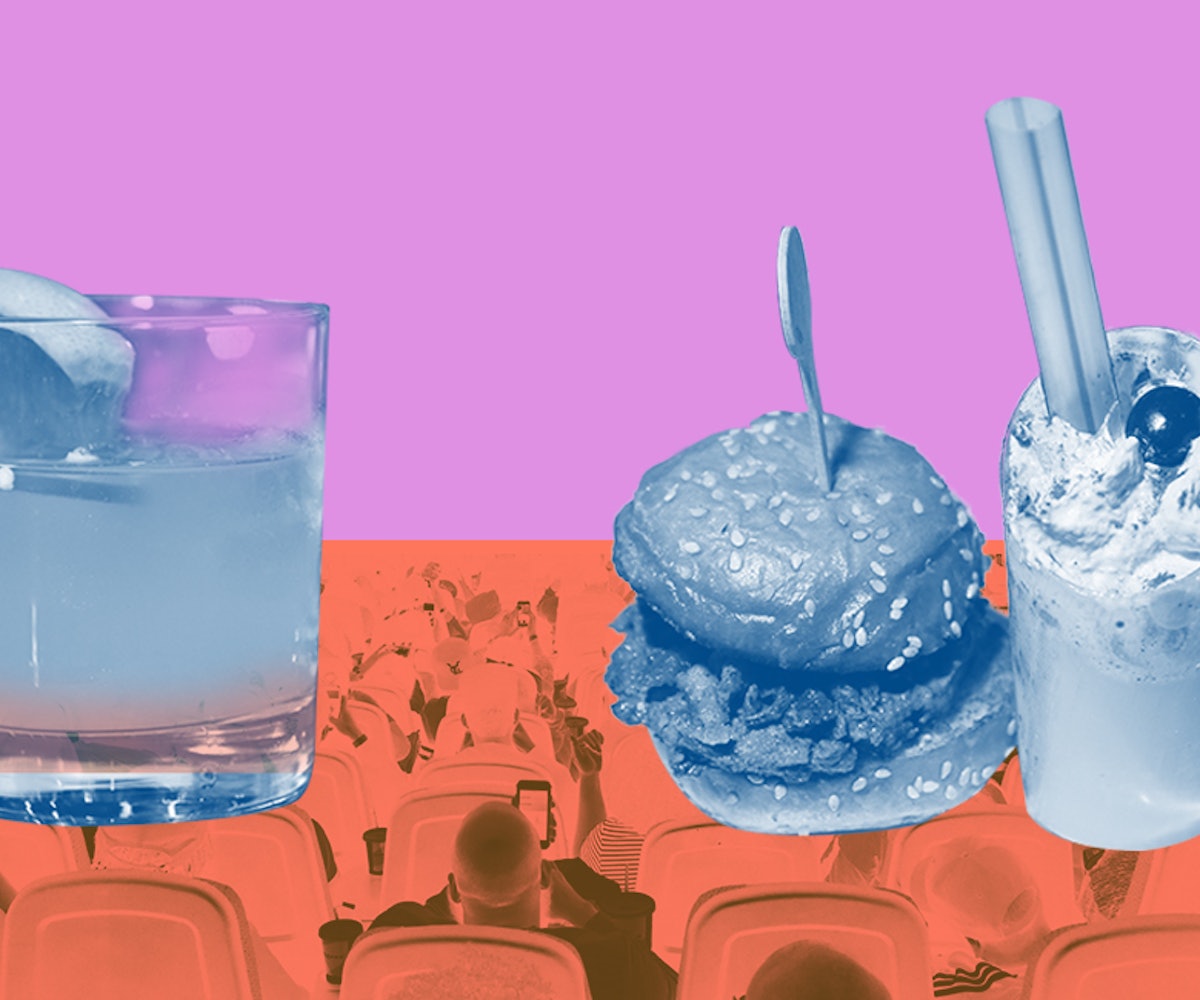 Last week, The Cut published a story about the glory of going to the movies by yourself. I’m not here to argue with this concept. In fact, I can’t argue with this concept! Watching a movie is absolutely best as a solitary experience, and it’s one of my favorite pastimes, but I am here to stress that the location is just as important as isolation.

Going to the movies is a powerful form of escapism. For two hours (more or less), you submerse yourself into whatever’s going on on the screen before you. Nowhere is that harder to do than in a dine-in theater.

I used to be team dine-in when it was first introduced. The idea seemed pretty ingenious: You didn’t have to sneak in food in order to have a meal that’s somewhat nutritious (or at least more nutritious than a hot dog and popcorn). You can drink during the film. And—the best part, in theory—you don’t have to get out of your seat to enjoy these luxuries.

Except, you quickly realize, these are all overhyped draws. The price of food is inflated, meaning it’s still cheaper to cheat the system and bring in a burger and fries from the outside (you thought I was playing around by sneaking in mere candy?). The option to drink just makes you have to go to the bathroom more during the film. And those pesky waiters—though, yes, just doing their jobs—might just be the worst part. They're just always in the way.

One great thing about the whole escapism aspect of movies is that you’re forced to be present. Your main distraction in life (your phone/the internet) is out of sight because it has to be. But with dine-in theaters, there are new distractions that take its place. People fumbling with their menus, waiters walking back-and-forth in front of the screen to deliver food and talk-whispering while taking orders. I didn’t realize how jarring these happenings were until I saw Annihilation—an immersive film that requires your full attention—a couple of months back. At most dine-in theaters, the receipt is delivered during the last 20 minutes of the film—arguably, but usually, the best part of the movie! It’s very hard to pay attention and appreciate the climax of a plot when you’re also trying to calculate your tip. One minute you might be in the Shimmer, and the next you’re back in a Brooklyn theater surrounded by strangers. It takes you out of the moment.

Call me old-fashioned, but I have a strong attachment to the ritual of purchasing tickets in person, getting to the theater early to get a seat (assigned seating should also be abolished if only for the extra fees and the inability to movie hop, but that’s another story for another day), standing in line at the concession stand, and sinking into your seat to enjoy a movie in a pitch black, distraction-free space. There’s something sacred about the movie-going experience that’s taken away with extra (and unnecessary) bells and whistles.

Except for the reclining chairs. Those can stay.