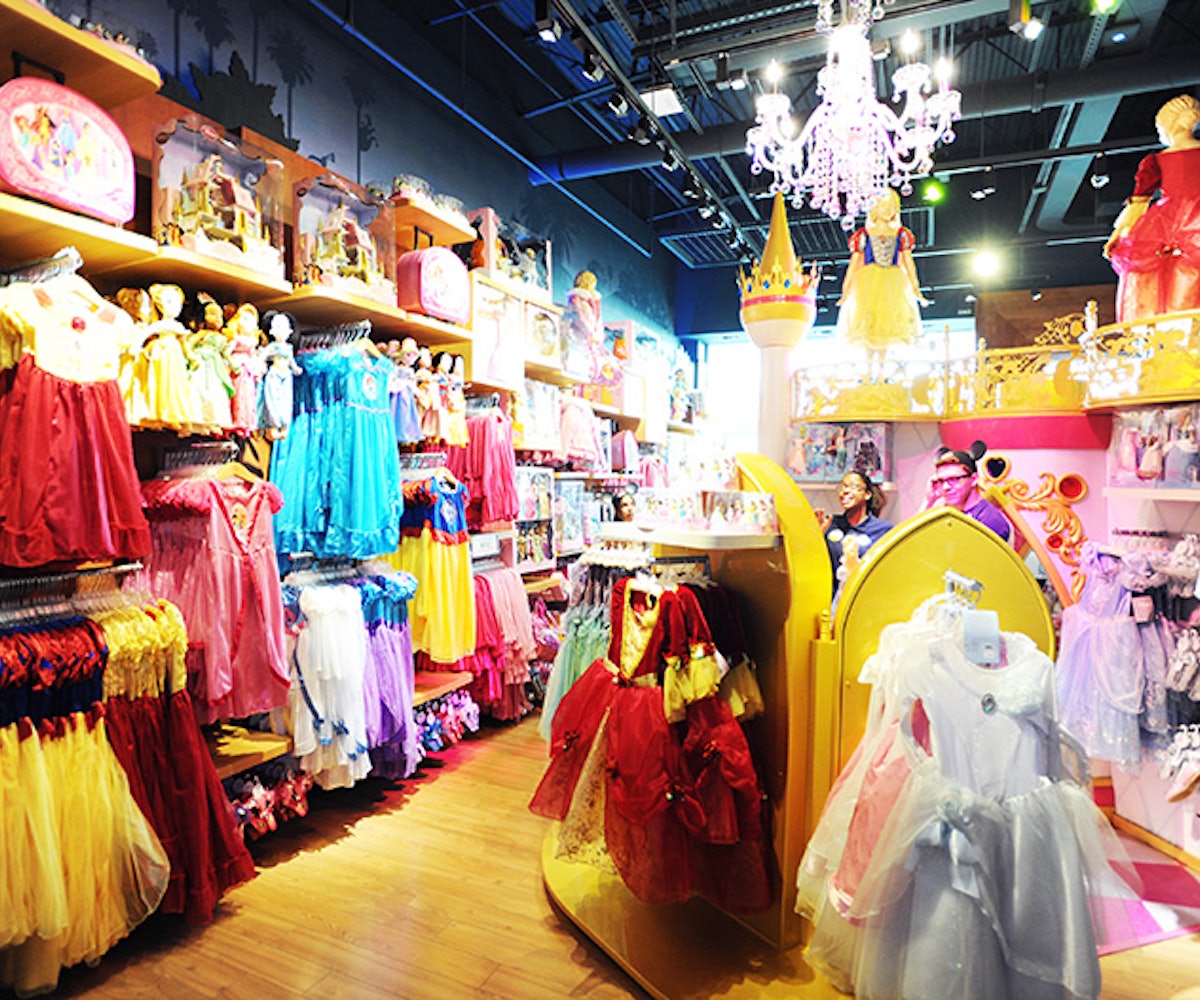 This year, Disney stores are no longer dividing its Halloween costumes by gender. Rather, the retailer will simple categorize them as “for kids” or “for babies.” The “boys” and “girls” sections for its Halloween collection—along with the blue and pink coding—are gone. This comes just a few months after Target announced its children’s and toy aisles were going to be gender-neutral.

Speaking from personal experience, this is a wonderful decision on Disney’s part. At the age of four, I had to face many quizzical looks from store-goers as my mom helped me, her son, pick out a Snow White costume from the “girls” section. This gender-neutral step is one that will allow kids to freely pick and choose who they want to be. Not only does it enforce self-confidence, it reassures kids that being different is great. It's no wonder Disney decided on "I Am Awesome" as its theme. Halloween is a time for dress up, after all; if a boy wants to be a princess or a girl wants to be a prince, then so be it. They're awesome, no matter what.

(via The Mary Sue)