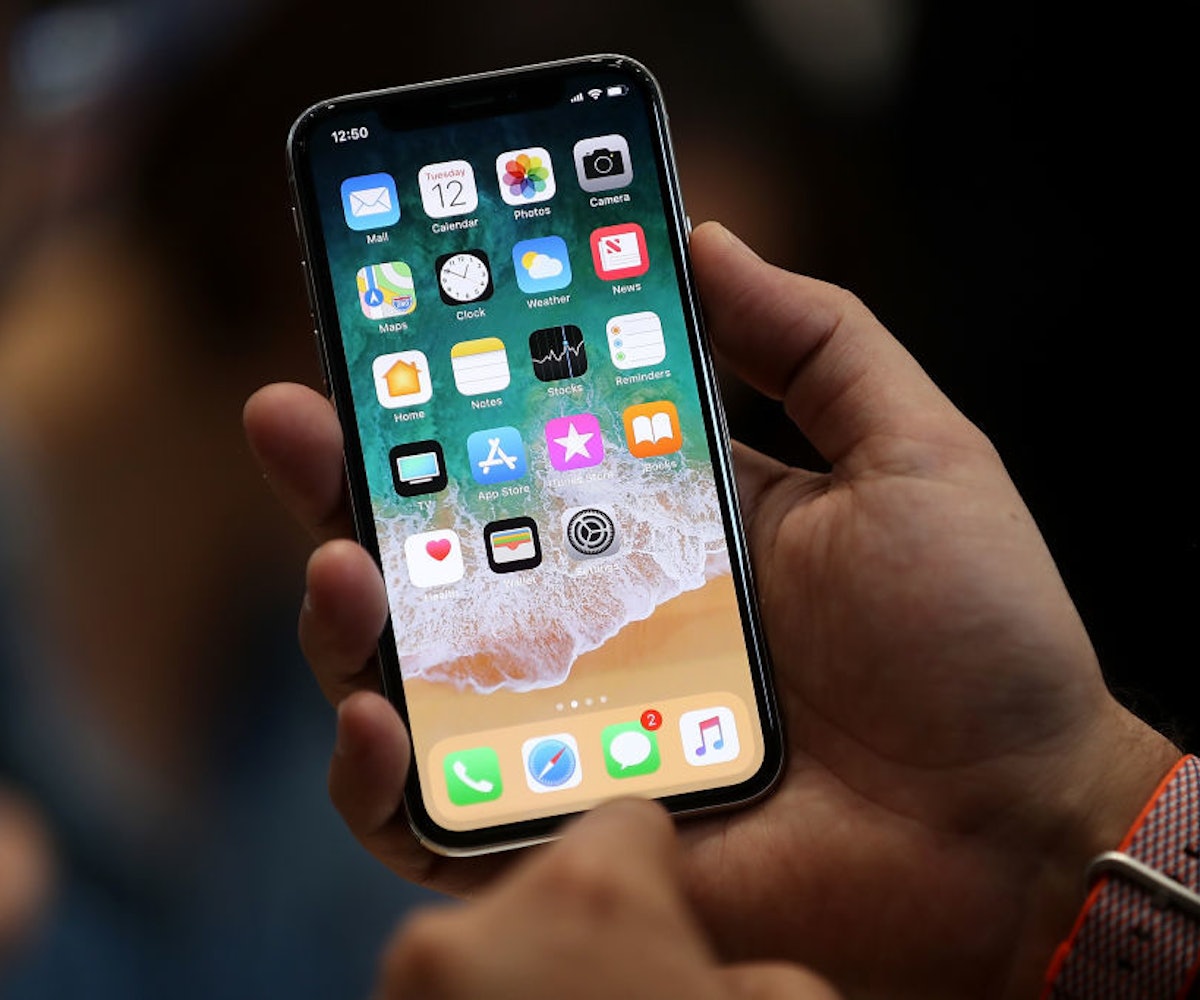 Last week’s arrival of the iPhone X was met with the kind of hype and hoopla that one has come to expect from an Apple product launch. And while every new Apple toy usually faces at least some skepticism from consumers, it felt like the X caused more arched eyebrows than normal. The model, with its "infinite screen," lack of a home button, and Face ID technology, represents Apple’s maiden voyage into the next frontier of iPhones. And because it came so soon after the launch of the iPhone 8 and 8 Plus, and with a hefty price tag attached to it, people outside of Apple’s sphere of die-hards wondered whether the iPhone X is worth it.

The reviews have been good to great, with a few caveats—apparently, the screen breaks easily—but with the phones sold-out pretty much everywhere, it looks like Apple has another hit on their hands. Still, does that mean you should get it? Is it that much better than the phone you already have? And does it feel radically different enough to justify the price tag? These are questions we wanted to ask regular people (meaning, people who don’t review iPhones for a living) in order to find out how the iPhone X holds up. We reached out to several iPhone X owners over social media and through personal connections in order to find out if the phone is as game-changing as Apple wants you to think it is.

What is the best new feature on the iPhone X?

Sarah: NOT having a home button and the slightly smaller size. The carpal tunnel I got pressing the home button was excruciating. Swiping up is super-intuitive and the easiest thing to adjust to. I had an iPhone 6S Plus before, and I was dropping it CONSTANTLY because the larger size made it tough to store in my handbag or pockets; plus, it was just harder to hang onto.

George: ANIMOJI and it's really fun logging into my banking app with my face.

Araxie: The incredible camera. I like how intuitive, crisp, and generously pixel-engulfing each photo is now. You can do a lot of neat things with the photos before you take them and it feels as though they’ve slowly started to eliminate the need to buy a professional camera going forward.

Shannon: Face ID really is incredible. I didn't think I'd like it or that it would actually work, but so far, it's been incredibly fast to unlock my phone, which was something I struggled with ceaselessly with Touch ID.

What do you hate most about it?

George: A lot of the apps haven't been updated to make use of the notch.

Araxie: Their solution to closing applications completely now is absolutely bonkers. Swiping up to completely close out made sense—now I have to swipe to the center, hold, wait for the tiny red minus symbol, THEN close it down. I think it’s a dirty trick to keep apps open so they can siphon more data. Though ingenious, it’s very annoying for anyone salvaging battery life to meet the demands of the OLED screen itself.

Shannon: Not having bottom-swipe access to Control Center has been a pain. I understand why they had to move it, but now it's harder to reach with one hand, and I keep accidentally going home when I mean to open Control Center.

Was it worth the money?

Sarah: Definitely not worth a grand. At all. It’s just an iPhone. The only reason I bought it was because I got an insane corporate discount, so it was the same price as buying the 8. If you can get it on discount, it’s worth it, because it’s a better phone, but the new splashy features aren’t worth the money.

Araxie: Certainly not. I think it’s great, it’s fun, but it’s fragile and very anxiety-inducing to carry around without a steel box to keep it protected. And a lot of the key features were adopted by [Samsung Galaxy] S8 and [Google] Pixel many moons before, so they just kind of reworked it for Apple. It wasn’t innovative enough for $1,000.

Shannon: To me, yes. Another feature that I'm incredibly picky about is display panels. OLED is my favorite display technology, and the new screen, wider-than-normal color gamut, and True Tone tech alone make this device worth the money for me.

George: It feels completely new, but also completely the same. I forgot about the home button within five minutes, and I will never miss it.

Shannon: Yes and no. It feels like an iPhone because of the sleek, minimal design; it wasn't as if it felt foreign. But on the other hand, the totally gesture-driven interface for using the device is completely new and feels like no other iPhone I've used.

What is the biggest adjustment you’ve had to make?

George: The control center slides down from the top right.

Araxi: I think the complete removal of the home button is causing a lot of issues for me personally; I liked how S8 essentially created a push-down to give an illusion of a button, but not having any makes for awkward gestures and people just weren’t ready to be pushed off it.

Shannon: Probably things having to do with the lock button. Having to press and hold both that and volume down to shut down confused me a lot. Taking a screenshot with it (lock button and volume up), still trips me up, too. I'm not used to tapping on the screen to wake it up, so I'm having to train myself to use these newer ways to interact with it instead of just my familiar lock button muscle memory.

Does the phone live up to the hype?

Sarah: No, but that doesn’t mean I don’t like it.

George: Nothing ever lives up to the hype.

Araxie: I think it was over-hyped. I’m happy because I really needed the upgrade, and I’m unfortunately stuck on the Apple cord for a while due to my profession, so I couldn’t just switch easily to an Android. I do wish they could innovate like they used to—a lot of their features have been done before, and it’s just ridiculous to assume you can ride that forever. I believe their designers and developers should be taking user research and usability testing into account. Some of these gestures and UI solutions don’t make sense!

Shannon: I think it adequately lives up to the hype I expected, yes. I don't think it blew anyone out of the water unexpectedly like, say, the Nintendo Switch. But I also think it was a big success; Animoji Karaoke keeps showing up on Twitter, and even if it doesn't stick as a long-term feature, I know the viral nature of it is only helping with the hype.