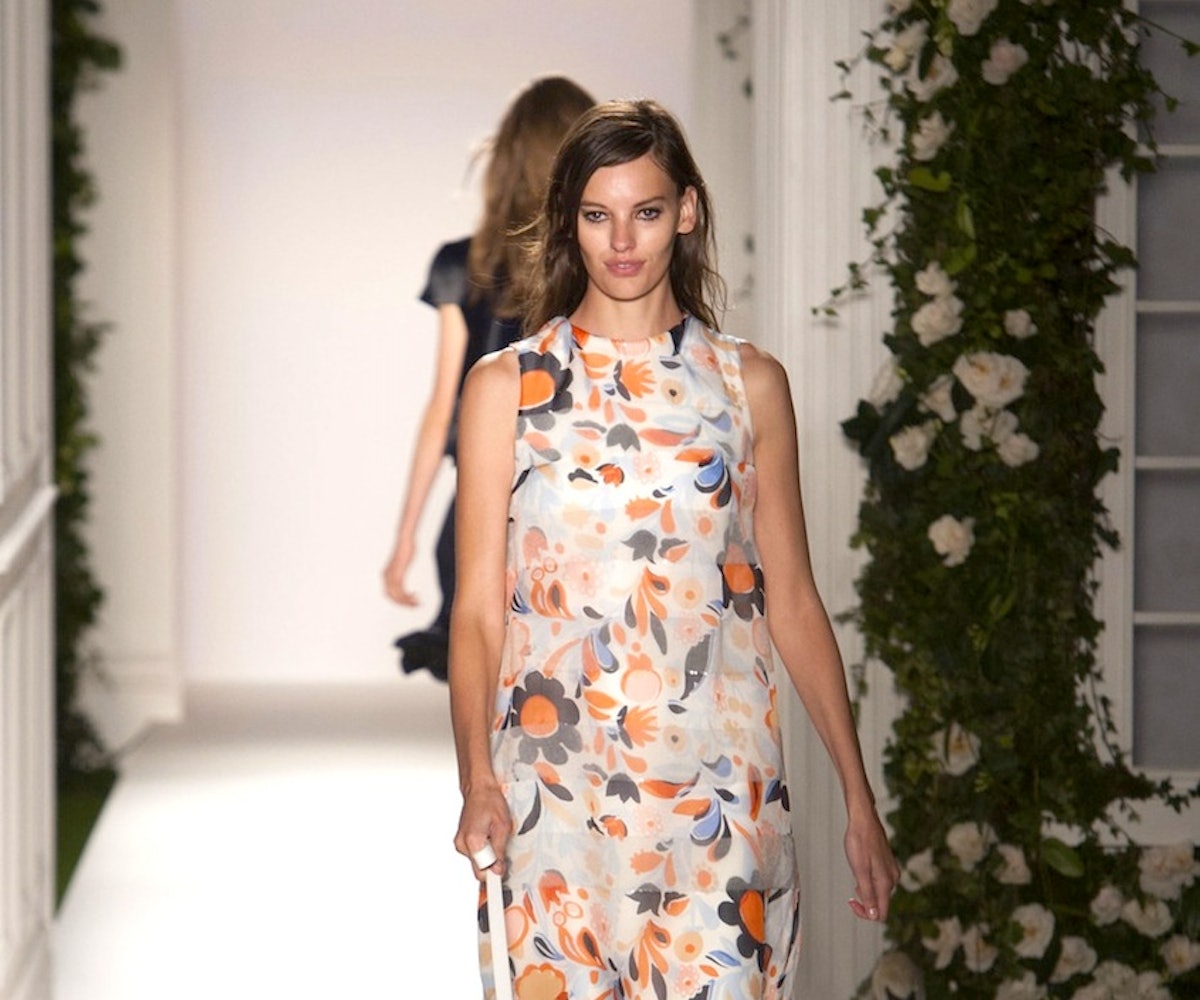 When we first spotted Afghan Hounds trotting down the Jen Kao runway earlier this month, we thought it was cute (obviously), but never in a million years expected it would be a bonafide spring trend.

However, turns out these shaggy-haired pups were only the first of several pet runway cameos this season. Mulberry soon followed suit, featuring a bulldog named Turbo who was so pumped to make his debut, he practically dragged his models down the catwalk. (We feel you, Turbo--we'd be that excited if we scored our very own custom Mulberry outfit, too.)

Then there's Markus Lupfer, who opted out of a traditional fashion show in favor of an adorable lookbook--featuring fluffy kittens. Considering we're only halfway through Fashion Month, we have a feeling there's even more animals to come.

For now, click through the gallery of furry friends below and cross your fingers that nobody in the front row is allergic...