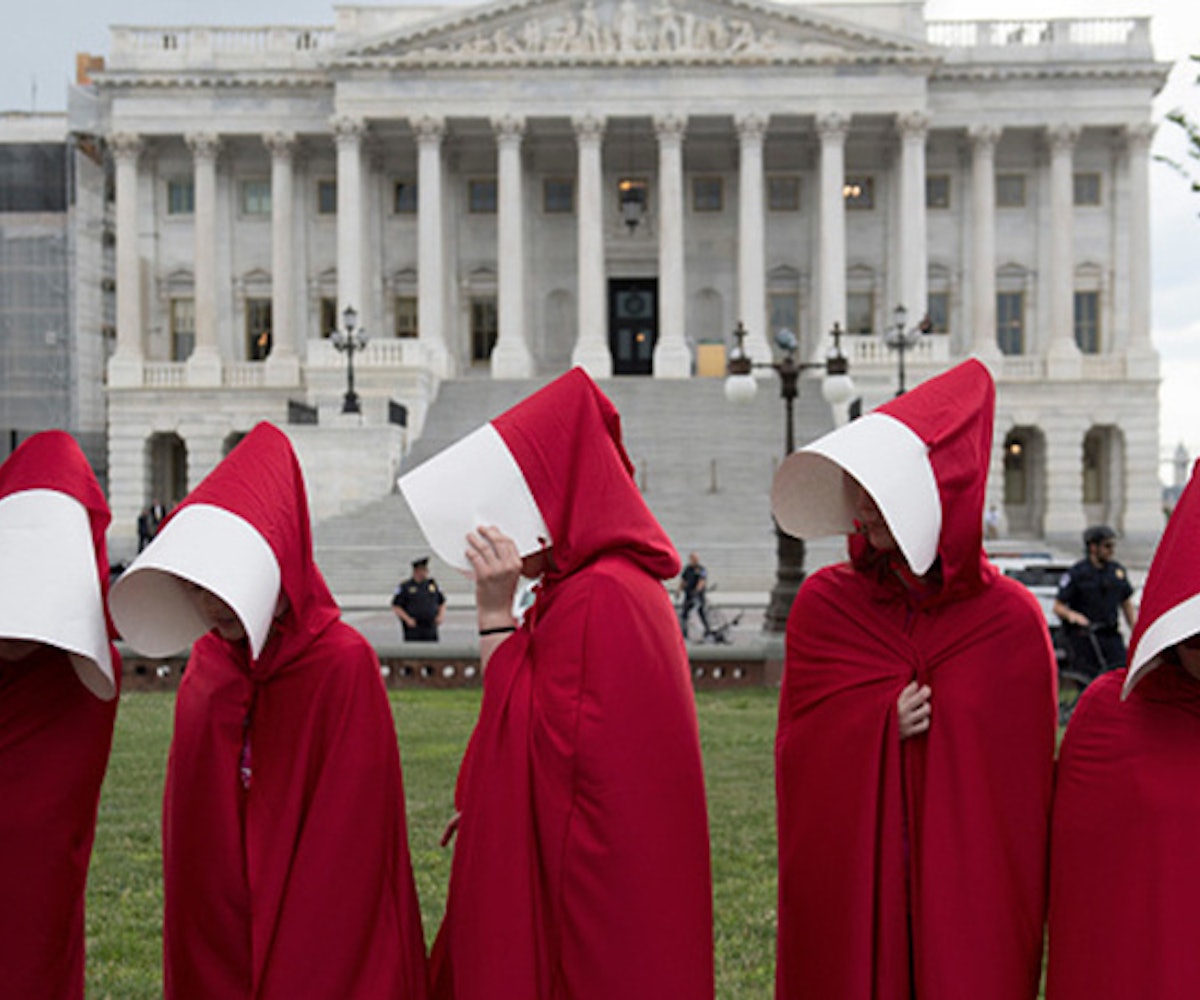 Today, Donald Trump proved that we can't go one day without him doing something incredibly ill-advised that significantly harms millions of people. The Department of Health and Human Services' (HHS) Office of Adolescent Health announced that it's discontinuing funding for Obama's Teen Pregnancy Prevention program (TPP). The initiative educates teenagers about avoiding unwanted pregnancies and was supposed to receive at least two more years of funds, according to Wired.

HHA explained its reasoning in a statement, writing that the "very weak evidence of positive impact of these programs stands in stark contrast to the promised results, jeopardizing the youth who were served."

However, they're making this call based on the evaluation results of the program's first round of grants, not the current round. "Judging the current round of grantees on the evaluation results of the first round makes no sense," the director of public policy at the National Campaign to Prevent Teen and Unplanned Pregnancy, Rachel Fey, told Axios. "The whole point of the first round was to learn what did and didn't work, and that gets incorporated into what they're doing in the second round."

Through the program, grantees create customized initiatives that serve the needs of their communities. Nearly 150 members of Congress wrote to HHS Secretary Tom Price, saying they were "gravely concerned" about the Trump admin disrupting the five-year commitment.

The decision could go into effect June 30, 2018, although it's possible Congress could appropriate money to the TPP program in September. Healthy Teen Network's Genevieve Martinez-Garcia told Axios that there's concern the funds could be shifted toward abstinence-only programs, which she says are "based in fear, in shaming, and extremely... heteronormative." They've also proven to be ineffective at preventing teen pregnancies.

Let's hope that Congress sees the value in a program like this. "For it to be important, they would have to have a heart," the president and CEO of the Institute of Women and Ethnic Studies, Dr. Denese Shervington, said. "They would have to be thinking about children and their needs versus their own ideology. And I'm not sure the people who are there have the moral capacity to put their ideology aside and think about poor, vulnerable youth."