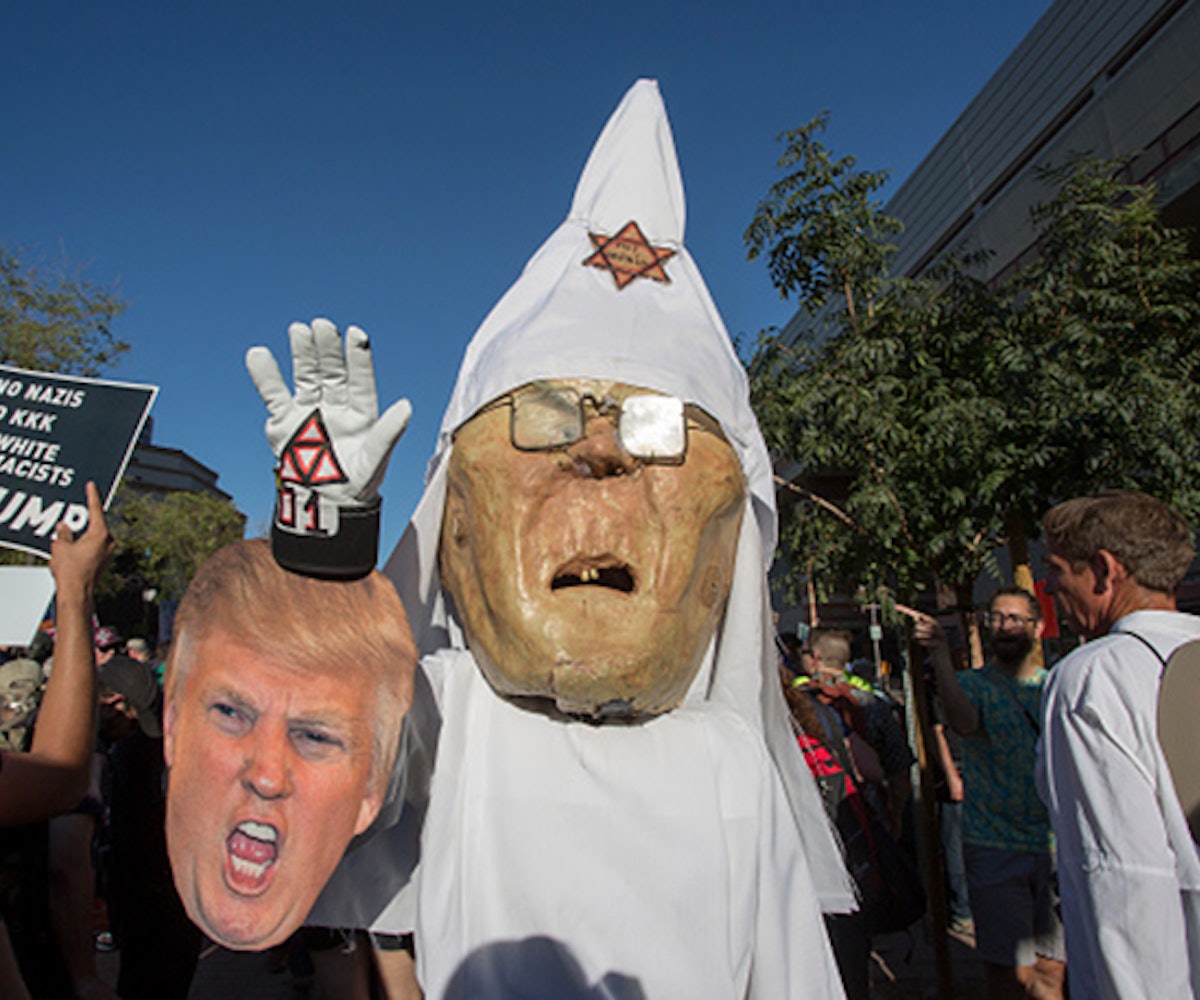 Today, Donald Trump defended his decision to pardon Joe Arpaio, the former sheriff of Maricopa County, Arizona, who has been convicted of racial profiling and operating prisons that were deemed inhumane and unconstitutional, and referred to his "Tent City" for undocumented immigrants as a "concentration camp," among many, many other awful offenses.

When defending his decision to pardon such a terrible human, Trump deployed his usual "whataboutism," a Soviet Union propaganda technique that is essentially saying, "You think what I'm doing is bad? Well, what about this other bad thing?" It's a way to shift blame and distract from the fact that what Trump did was awful.

He brought up Bill Clinton's decision to pardon Marc Rich, who was indicted on multiple federal charges, and Barack Obama's pardoning of Chelsea Manning.

Of Arpaio, Trump said, "I thought he was treated unbelievably unfairly." Not nearly as unfairly as the thousands of people whose human rights he violated. "Sheriff Joe is a great veteran of the military, a great law enforcement person."

Then, Trump said he chose Friday, when Hurricane Harvey hit landfall, to announce the pardon because he thought TV ratings would be "far higher," you know, because of the national crisis we're currently facing.