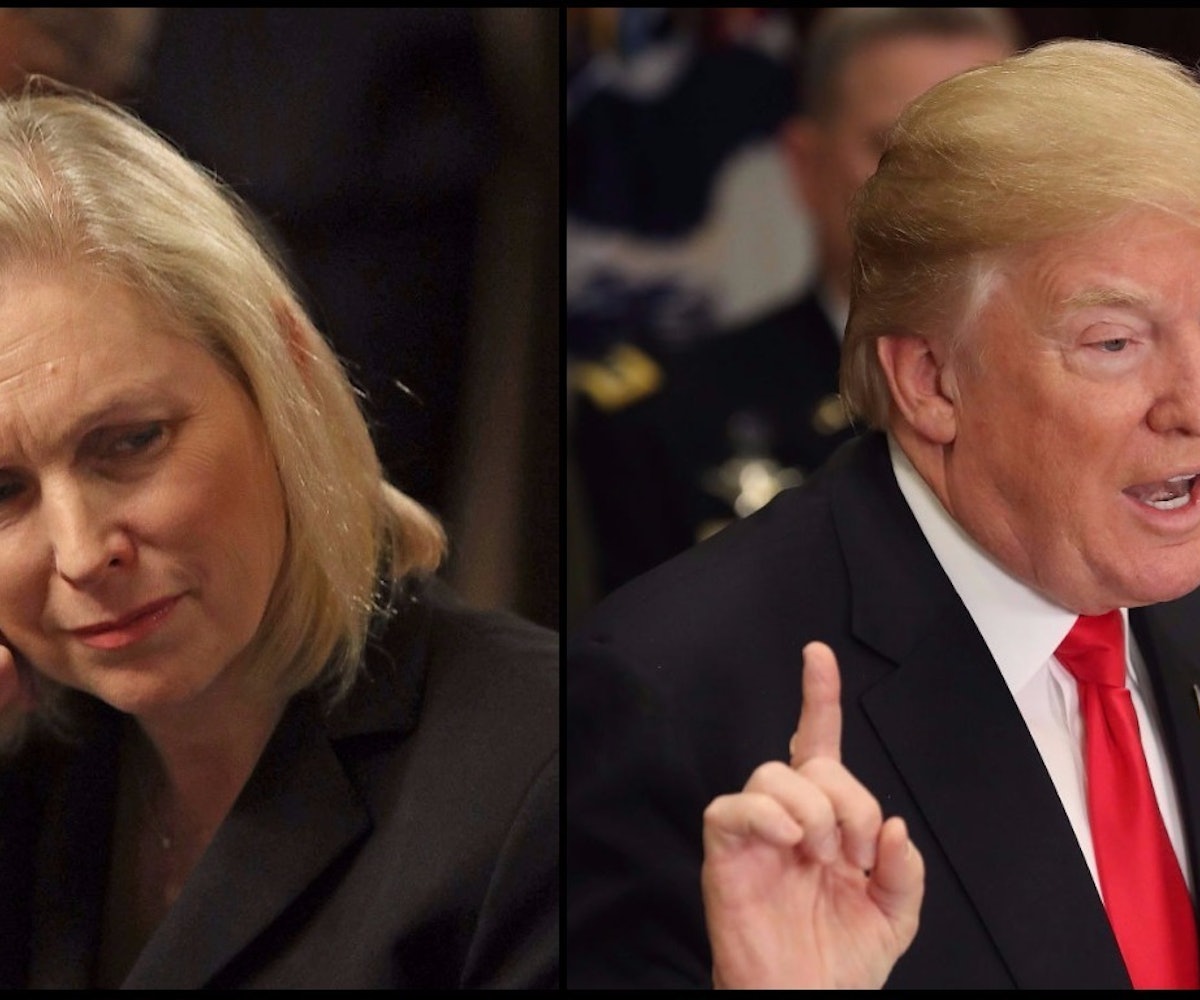 Early this morning, while on his daily Twitter rampage, Donald Trump managed to insult, disparage, and sexually harass Senator Kirsten Gillibrand all within 280 characters.

In a tweet posted at 8:03am, Trump referred to Gillibrand as a “lightweight” and “total flunky” who would come to his office “begging” for campaign contributions. He also added that she “would do anything for them,” a clear implication from Trump that the Senator would trade sexual favors for money. (Records show that Trump gave Gillibrand money in 2007 and 2010).

Ironically, Trump’s insinuations were spurred by the fact that Gillibrand called for him to resign due to the dozens of sexual harassment allegations brought against him. She’s also been a leading advocate for reform on sexual assault and harassment issues in the Senate, and led the campaign to oust Senator Al Franken.

Gillibrand responded to Trump’s tweet shortly after it was posted, stating: “You cannot silence me or the millions of women who have gotten off the sidelines to speak out about the unfitness and shame you have brought to the Oval Office.”

Senator Elizabeth Warren also weighed in, writing: “Are you really trying to bully, intimidate and slut-shame @SennGillibrand? Do you know who you’re picking a fight with? Good luck with that, @realDonaldTrump.” She concluded with the words many women have taken on as a rallying cry this past year: Nevertheless, she persisted.