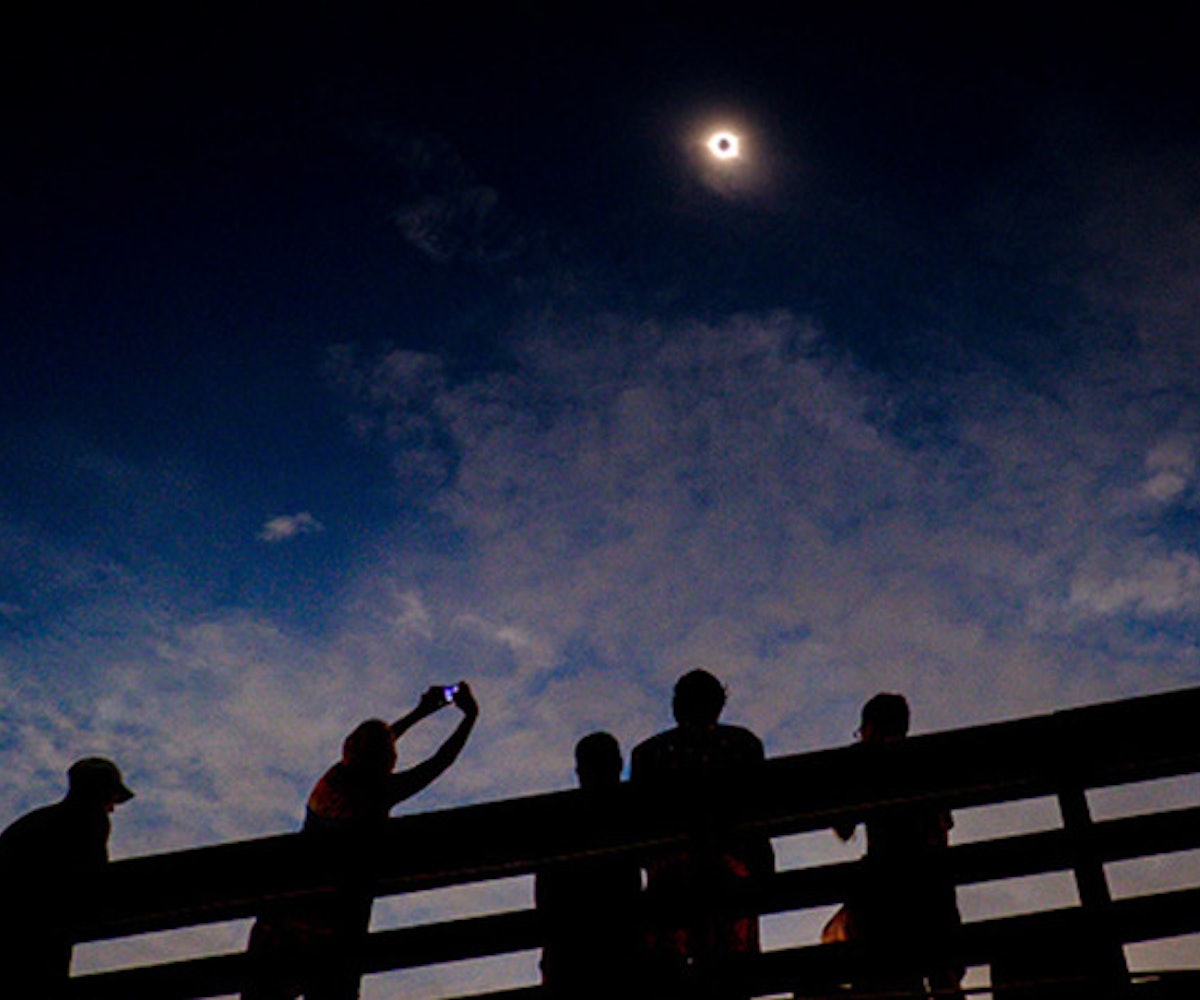 No matter how many times the scientific community warned people not to stare directly at the solar eclipse today (or the sun, ever, for that matter), there will inevitably be somebody who doesn't listen. That person today was our president, Donald Trump. He once again disregarded the facts and decided to wing it, coming dangerously close to permanently damaging his retinas.

In the photos, which by now have been widely shared on the internet, Trump appears to squint as he looks at the eclipse, maybe thinking that would help him not go temporarily blind.

He also points at the sun, in case anyone is confused as to where the eclipse is taking place.

A lot of people suggested that Trump thought the warnings about not looking at the eclipse were fake news.

The man doesn't believe in climate change, so it's very possible he thought scientists were just being dramatic.

Perhaps Trump was staring off because he was looking for a way to capitalize on the eclipse—like he did with a recent neo-Nazi rally when he plugged his winery in Charlottesville, Virginia.

To be honest, a lot of people were low-key hoping the president might make this mistake.

Trump eventually put on the special solar eclipse glasses, but the internet had already dragged him by then.