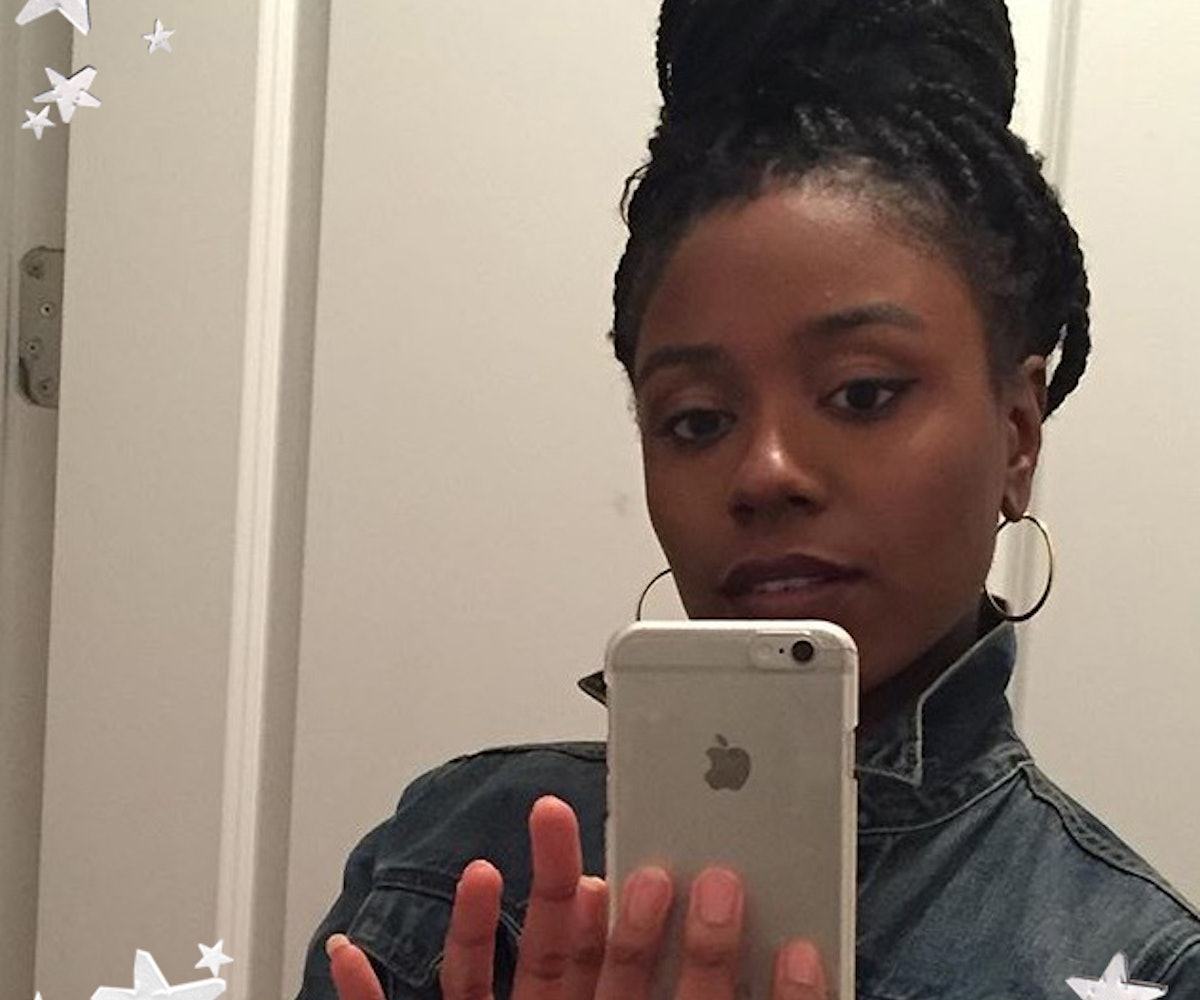 This year, Doreen St. Félix's name was listed in the media category for Forbes' 30 Under 30. Prior to this triumph, i-D hailed her as a "new gen activist." Born and based in Brooklyn, New York, the 23-year-old is currently an editor-at-large at Lenny Letter, but also freelances for notable publications such as The New York Times, The New Yorker, The FADER, Pitchfork, The Guardian, and so many more. (Not to mention that her first job was working as a consultant on Codes of Conduct.) When she was an undergraduate student at Brown University not too long ago, St. Félix's thesis was a collection of essays about her mother, Michelle Obama, and Lauryn Hill titled Black Girls.

"I consider myself a generalist when it comes to writing," she told us. "I'm a very curious person. I started off doing a lot of science and food writing. Admittedly, there are times when I find myself volunteering (or being subtly forced) to take on a piece that involves a black subject because I ask the right questions. But in a perfect world, I'd like writing a 10,000-word piece on an obscure medicinal root. Maybe one day I'll have the resources to do that."

Some of my personal favorite articles that St. Félix has written are "Black Teens Are Breaking the Internet and Seeing None of the Profits" and "The Prosperity Gospel of Rihanna." She recently published a tremendous piece about Phillis Wheatley and interviewed congresswoman Donna Edwards. No matter what she writes about, though, it's crystal clear that St. Félix is a pioneer for women's issues. Read more about St. Félix's career path in the interview, below!

What is your editorial background?

In college, I edited the weekly newspaper—became the first black woman to do so in its history, I think. I also studied non-fiction writing but found the department to be hostile to the kind of writing I wanted to do. So I gave up on journalism. After I graduated, I lucked out and got a job working with Steve McQueen. I reported to him directly. He took me very seriously as a writer. His presence invigorated in me a desire to write again. I was lucky enough to make connections with editors via Twitter who seemed interested in my sustained growth. The first piece I published was one for Pitchfork on Rihanna last April and I've been hustling ever since.

How do you navigate in your industry as a black woman?

Build connections. This industry would rather have you be a silo, but you'll find that your work and your mental health will be all the better if you're connected with other black creatives.

Can you describe a moment where you felt like you defied the odds?

I'm not sure I've broken many barriers yet. Mostly, I've benefitted from the brilliant black women who've come before me. If I get to that point myself, best believe I'm bringing as many black people as I can with me.

I don't think I ever felt separated from my blackness. I guess now, as a writer who works for the public, I'm learning how to vocalize my identity through my writing *and* through the editorial prism any given piece is going to be read through.

I'm very heavily influenced by the choreography of church services—the oration, the music, the dancing. I'm not religious now but everything I know about building an argument comes from listening to years and years of ecstatic homilies. Dave Chappelle, too. He's responsible for the fearlessness of a lot of young black creatives today. I still watch his skits or stand-ups when I'm low on nerve.

What advice do you have for young black writers trying to cover their culture?

The most concrete advice I could give to a black writer who wants to write on, quote-unquote, black culture is to learn how to be a good reporter if you haven't already. And if you have, leverage that skill with editors. This will be hard because this industry is not invested in investing in black writers. Black writers are at this point quite familiar with the jig: The think piece industry has become a sort of virtual ghetto to which great writers are relegated to when staffers at an all-white masthead want to commission an essay none at the outlet are qualified to write. Think pieces are essential, exciting, but they are also cheap. You're worth more than that. All too often, I see black writers get thrown under the bus because their editors didn't care. That's where you have to be your own advocate. At the very least, get on the phone with a subject, someone who isn't yourself—quality writing always has some element of reporting in it, whether it's a personal essay or a review. There's this tacit allowance, that because a *black* writer is writing on *black* culture, their own experience is enough to extract from. But that's a shallow source. Blackness is multifoliate and deeply observable phenomena—I try to abstract myself out of a "black" topic when I'm writing on it so that I'm able to render the story from as many perspectives as possible.