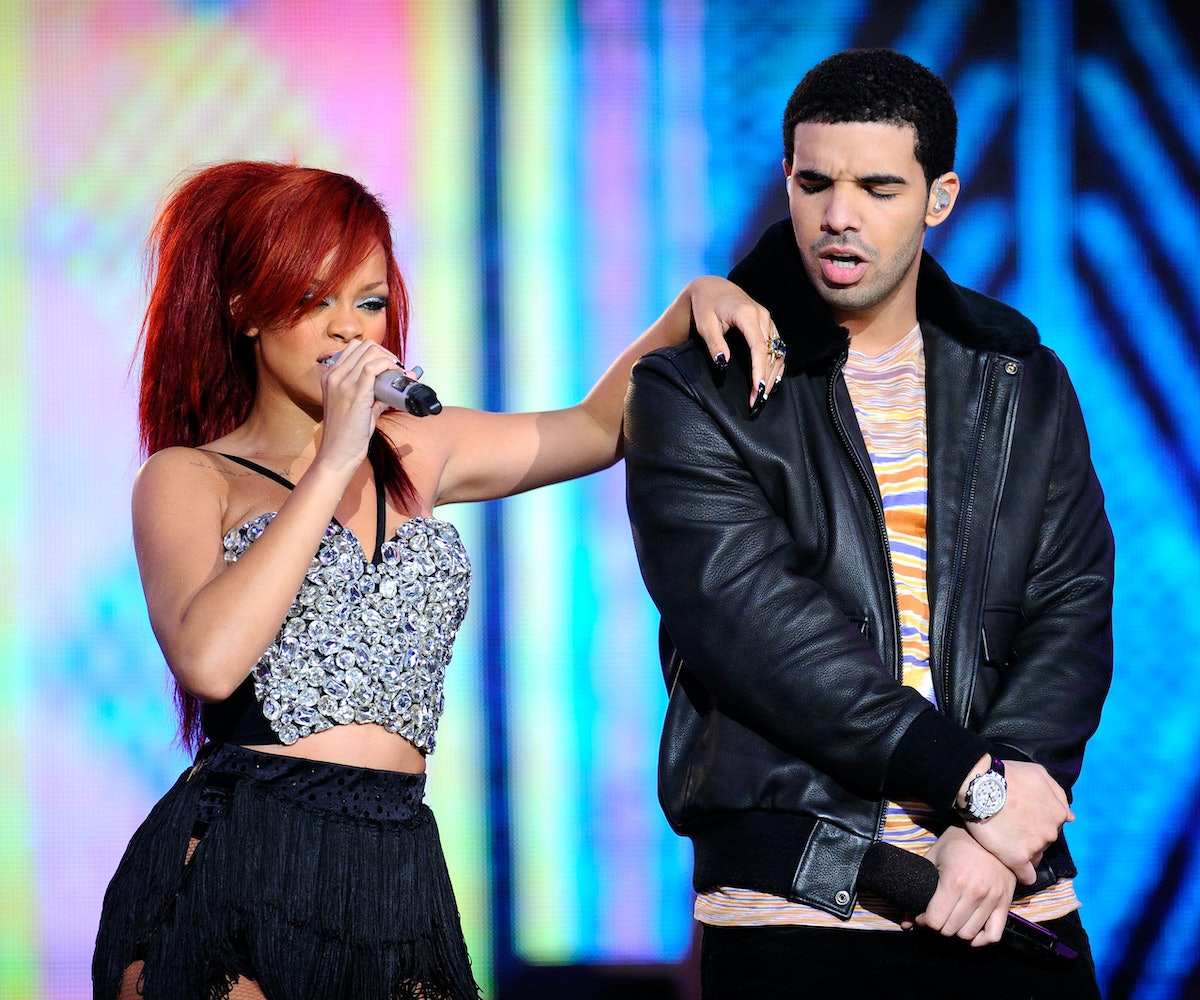 Photo by Kevork Djansezian / Getty images
by daniel barna
May 5, 2016

Notice the photo above. If it wasn't for a pre-swoll Drake, and Rihanna's "We Found Love" era red hair, it could easily be mistaken for something that was taken as early as yesterday. That's because last night, on the L.A. stop of Rihanna's Anti World Tour, Drake and Rihanna once again dirty danced on stage, a public display of affection that they've been replicating over and over again throughout both of their reigns atop the pop culture food chain.

So forgive us if we totally bite on the latest "Drake and Rihanna are dating again” rumors. This time, they come courtesy of People, whose source claims that our favorite on-again, off-again couple is, yep, you guessed it, on again. Not only that, but according to the source, they've been "secretly dating for months." It also helps that People is one of the most reliable purveyors of celebrity gossip, which means the veracity of this particular rumor is very, very likely.

But, it's not hard to believe, because these two have more chemistry between them than all six seasons of Breaking Bad, both onstage and in the studio.

Rihanna's song "Work," which features Drake, is already the frontrunner for song of the summer while their most recent collaboration "Too Good," one of the top tracks from Drake's new album Views, is destined to dominate the charts as well.

Let’s face it. Rihanna and Drake make beautiful music together, whatever that means.