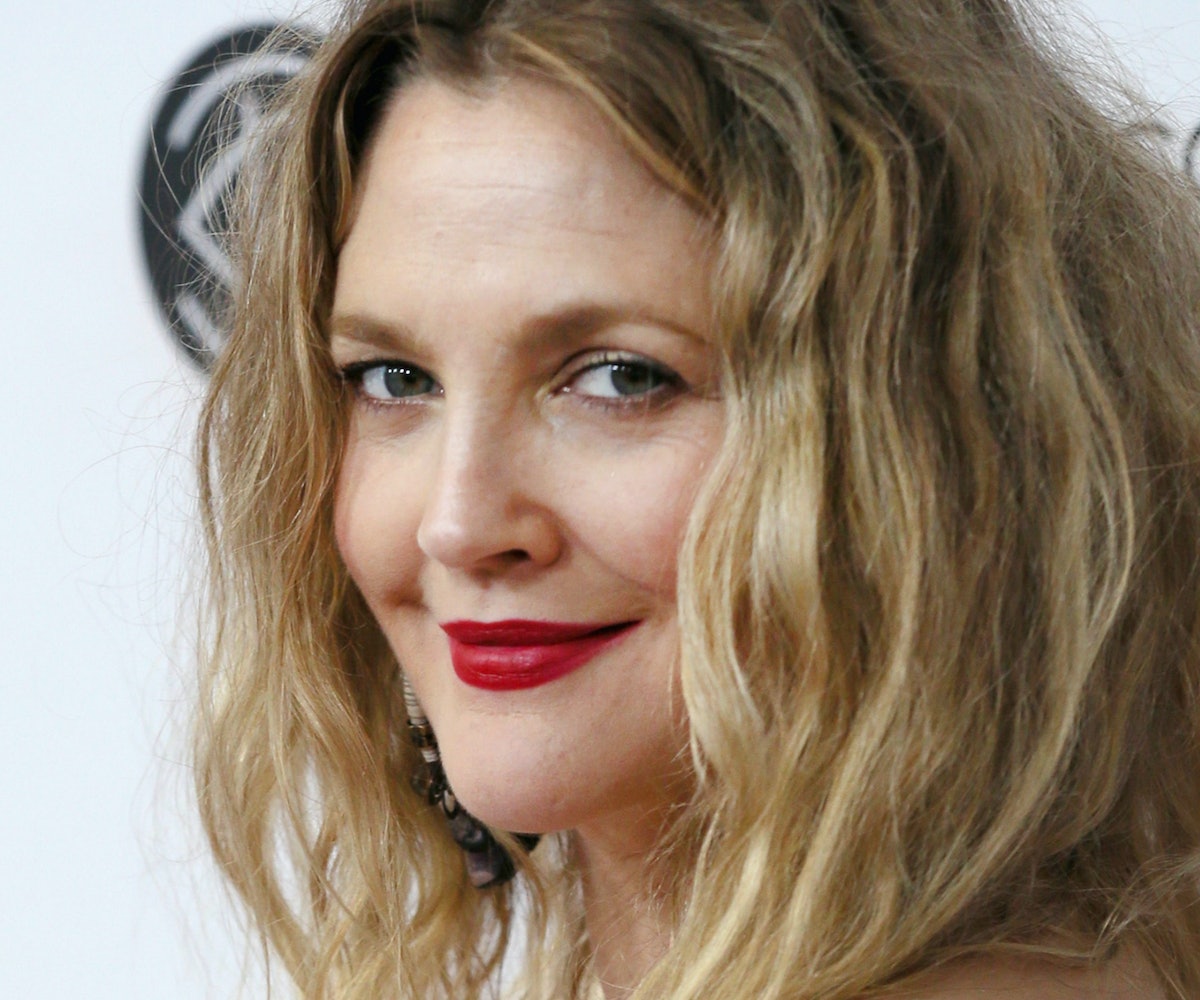 It's not every day that a big movie star does an interview with an airline magazine, but, apparently, Drew Barrymore sat down for one, and the results were anything but expected. One Twitter user photographed Egypt Air's magazine, InterView, which contained perhaps the strangest Q&A ever done, complete with a breakdown of all the men Barrymore has dated and broken up with and her views on feminism.

"Surreal," as Adam described it, doesn't even begin to describe this interview. "Despite being unstable in her relationships most of her life,” writer Aida Tekla begins, "despite the several unsuccessful marriages and despite the busy life of stardom that dominated her life for several years; the beautiful American Hollywood actress Drew Barrymore has recently decided to temporary take an unlimited vacation to play her most crucial role as a mother.” This is only the lede—there's so much more to discover.

“It is known that Barrymore has had almost 17 relationships, engagements and marriages; psychologists believe that her behavior is only natural since she lacked the male role model in her life after her parents’ divorce when she was only 9 years old," Tekla notes. Did they actually reach out to psychologists for this? If so, who are these psychologists? And why are they so obsessed with Barrymore's former relationships? "Ever since that time," Tekla continues, "she has been subconsciously seeking attention and care from a male figure; but unfortunately things do not always go as planned and she has not yet succeeded in any relationship for various reasons."

Tekla then moves to the topic of Barrymore's appearance. “A few years ago, after your last delivery, you gained several kilograms that even your fans accused you of being overweight and neglecting your health,” Tekla starts the question. “However, today I see you have returned to your previous graceful body; what is your secret?” If this reads like a trashy tabloid in the checkout aisle of a grocery store, you're not incorrect.

The final question is cut off by a glare across the page, but Tekla jumps into women’s rights, asking Barrymore if she thinks her daughters need to strive for “even greater rights than those she already enjoys?” The answer is strange and has us wondering if this was even an interview or just a weird hoax thought up by the writer:

I cannot deny that women made a great achievement over the past century; there is a significant progress recorded by people who study women status throughout history.

This is naturally reflected on women in the west who will not be satisfied unless they gain the rights and roles they deserve in the society. This is especially true since women exert tremendous efforts that men are incapable of exerting due to their numerous commitments and obligations.

So, Drew, what's the deal? Did they really interview you, only to turn it into this weird attack on your love life and appearance? We're very confused. We've reached out to Barrymore's agent for comment and will update this post when we have more information.