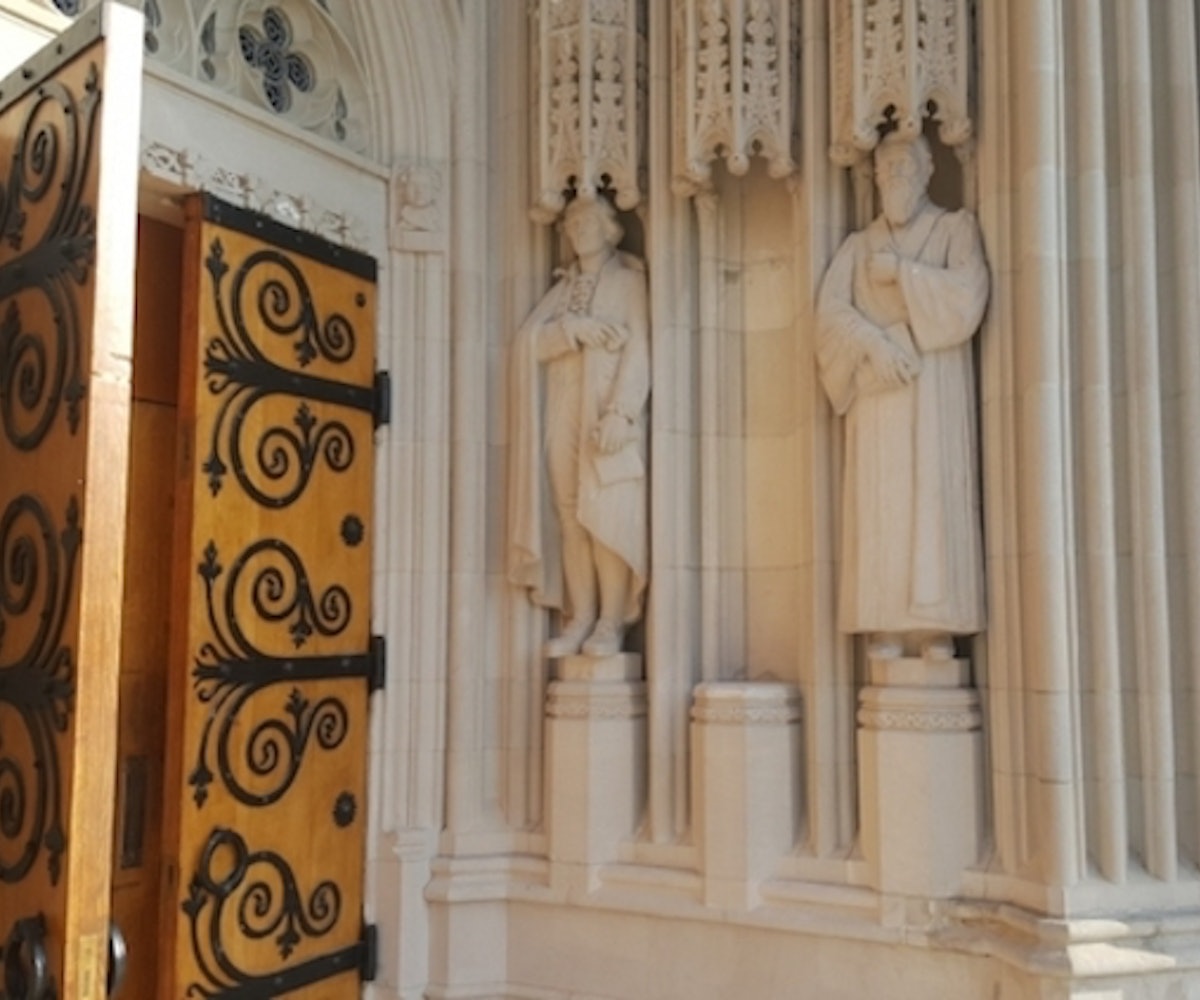 Another one bites the dust: As of Saturday morning, Duke University President Vincent Price has authorized the removal of a statue of Confederate General Robert E. Lee from the university's chapel. The move comes in the wake of Charlottesville and the tumultuous national conversation about the removal of such statues across the United States. However, this move was most directly provoked by vandalism to the monument this past Wednesday.

As reported by The Duke Chronicle, early this morning President Price sent an email to all Duke students, faculty, staff and alumni that said, "After hearing from and consulting with a number of students, faculty, staff, and alumni, and with the strong support of the Board of Trustees, I authorized the removal of the statue of Robert E. Lee from the entrance of Duke Chapel early this morning. I took this course of action to protect Duke Chapel, to ensure the vital safety of students and community members who worship there, and above all to express the deep and abiding values of our university." Price also acknowledged the vandalism, saying, "Wednesday night’s act of vandalism made clear that the turmoil and turbulence of recent months do not stop at Duke’s gates. We have a responsibility to come together as a community to determine how we can respond to this unrest in a way that demonstrates our firm commitment to justice, not discrimination; to civil protest, not violence; to authentic dialogue, not rhetoric; and to empathy, not hatred."

In addition to the monument's removal, the President also said he is creating a commission of students, faculty, staff, alumni, and members of the Durham, North Carolina community to review other campus buildings and memorials to people and create a set of guiding principles "to guide us when questions arise." He also plans to use the next year to have conversations about controversy and injustice at Duke and have a forum to discuss academic freedom, freedom of speech, and freedom of assembly. President Price also released a statement last week condemning the violence and hatred from the Charlottesville white supremacy rally on August 12 and reconfirmed the university's commitment to diversity, inclusion, and respect. This most basic commitment is still something the President of the United States openly refuses to support in any way.

Duke follows a string of other cities that recently removed Confederate monuments and illustrates the incredibly important, ongoing discussion in our nation around racist vestiges from the most shameful periods in our history. Although it is troubling that so many people are only now coming to understand how these images and monuments harm and demean people of color and other marginalized people in the United States, the near-universal condemnation of white supremacy by prominent institutions, political and societal figures, and the vast majority of people hopefully illustrates another turning of the tide towards equity and freedom and justice for all.