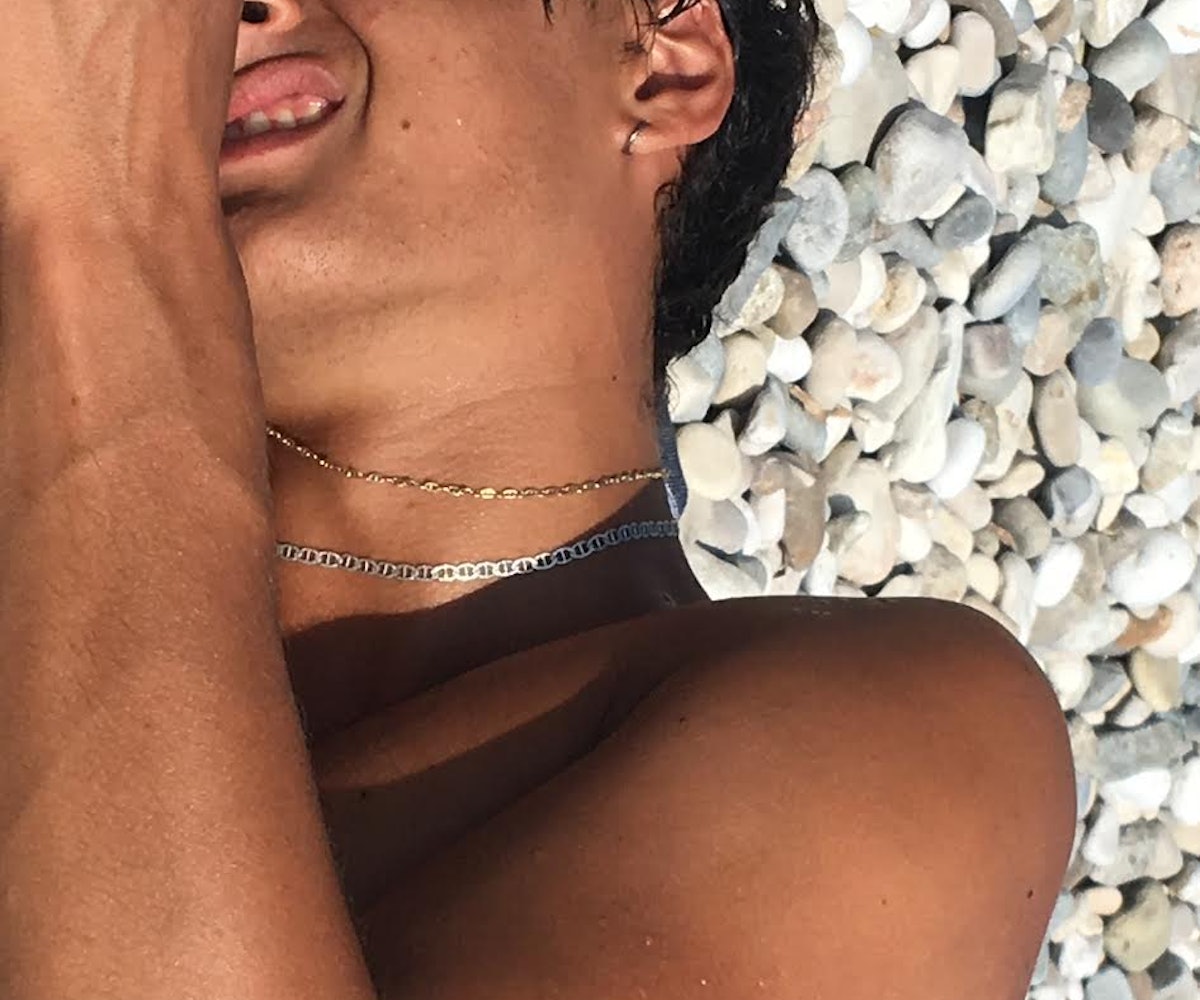 It is impossible to categorize Canadian singer and songwriter Dylan Aiello’s debut album, Knowithall. The styles swing so wildly—from the atonal electronica of “TTL” to the sensual avant-R&B of opener “Real Thing”—that Aiello himself lists classical instrumental, grime, footwork, and baroque as just some of the genres he incorporates into this unclassifiable sound. Aiello, who was born in Hamilton, Ontario, spent his formative years as an artist living in Berlin, absorbing that city’s mosaic of cultures and influences while playing onstage wingman to fellow expat Sean Nicholas Savage, providing keyboard and backup vocals for his fellow Canadian.

Returning to Canada to attend the University of Toronto, Aiello began recording Knowithall (partly in the mountain village of Banff, Alberta) as a way to stew in his romantic pain and confront his own tortured ego. Or, as he describes it, “a little desperate troll inside me that's lurking in a club, jealous, unrequited, and insignificant.” But Knowithall is as much an exploration of identity as it is one of sound. “I was seeking to embrace my love of noise, soundtrack, dance, and experimental music, and fuse these styles with my need to tell stories, inhabit different states of mind, and confront difficult topics,” Aiello says.

Below, we're premiering Aiello's new single, "Safeway," but before you get lost in that deep cut—which takes an unexpected detour into mellow drum and bass—meet Dylan Aiello.

This project, Knowithall. I’m getting closer to saying what needs to be said, caring less about bullshit. I’m paying the price though—as you know, bullshit enriches the brainless.

I think I'd like to live with Andy Warhol. Or anyone who made me so nervous that I'd have to be on my game 100 percent of the time.

Merzbow or other Japanese noise. The level of audio stress becomes so high inside the car that anything happening outside is easy to deal with.

Mica Levi: She got Oscar’d! And her other project, Micachu, is all good, she's on all sides.

Any place strangers can’t hear me.

7.83 Hz PURE TONE - Schumann Resonance Brain Tuner – HD. Because I would eventually be deaf to it, and have it always there beneath my level of consciousness, enriching my brain with resonance beyond power.

Do you have any pre-show superstitions or rituals?

Pleasure myself to prepare for the pain.

Museums, even subtly we’re rushing each other…

I’m a good listener, and I have generally a very positive outlook on life.

Failing, dying, letting everyone down.

I have an active fermentation practice—kefir, kombucha, kimchi.

I want to take up martial arts.

Sound design and soundtrack for a 10-hour installation about Wojack.

Full-time making soundtracks and sound design for installation, podcasts, documentary, and fiction film. Making songs that describe my experience. Everything easy and natural.

“Each departure is a return to the same place. The only place.”