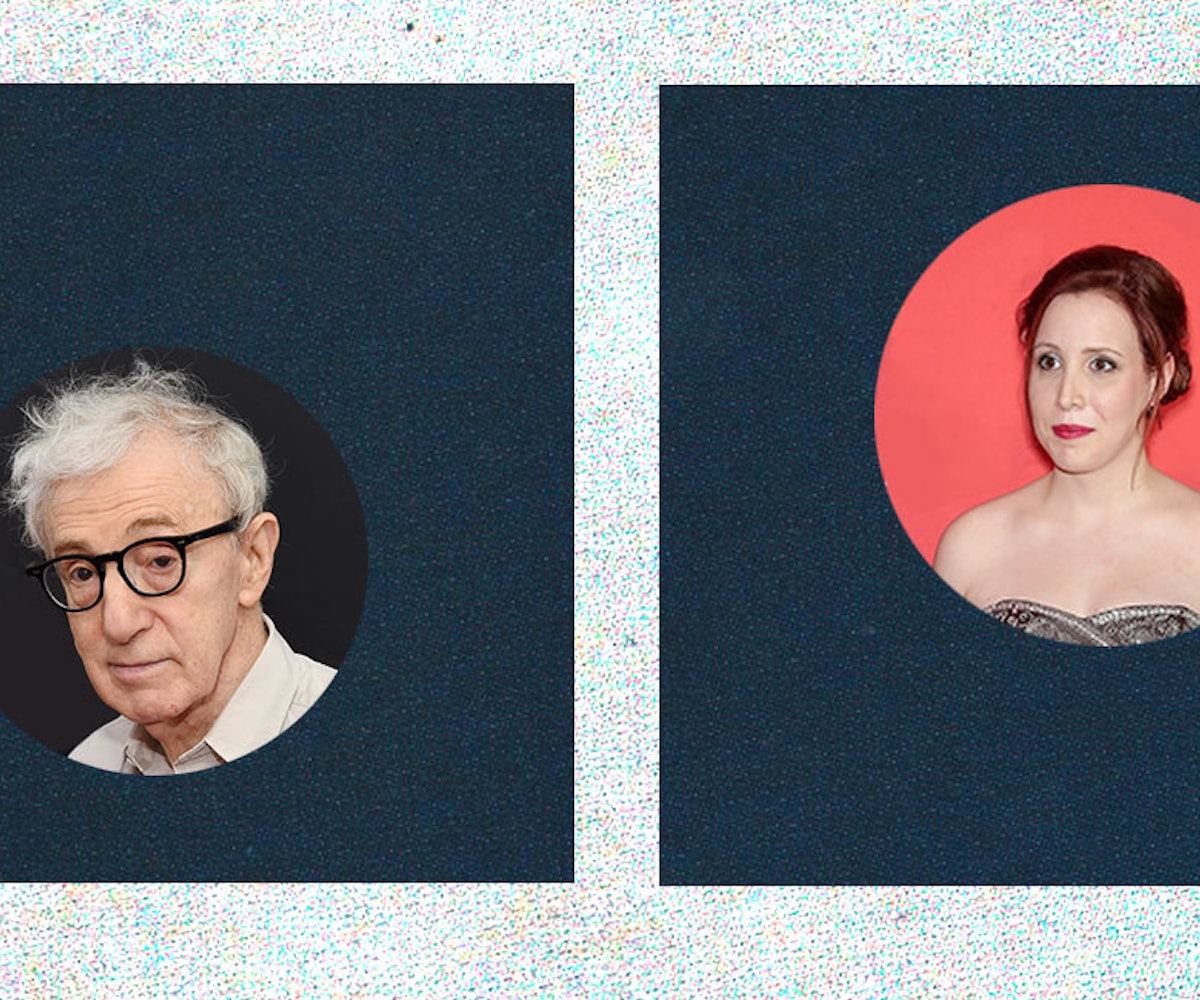 Dylan Farrow was seven years old when Woody Allen allegedly sexually assaulted her, and she’s been speaking out about it for the past two decades, as well as calling out the actors that continue to star in his work.

She wrote an op-ed on the subject back in 2014 for The New York Times and, in the wake of the recent #MeToo movement, she wrote another for the Los Angeles Times that basically calls on Hollywood to hold the director accountable—something they’ve been doing a very poor job of. “Why is it that Harvey Weinstein and other accused celebrities have been cast out by Hollywood, while Allen recently secured a multimillion-dollar distribution deal with Amazon, greenlit by former Amazon Studios executive Roy Price before he was suspended over sexual misconduct allegations?” she asks in the piece. Today, Allen’s new film, Wonder Wheel, is released nationwide. With this in mind, Farrow took to Twitter to reiterate why people shouldn’t go see it.

She starts out by @ing the celebrities who star in the film, including Justin Timberlake, Jim Belushi, and Kate Winslet. Then, she writes, “Today I will be triggered by every movie ad, every review, every mention of the man who stole his childhood from me,” adding that being re-victimized is common, especially for those—like her—who continue to be ignored. “When we enable powerful predators, in every walk of life, we are willing accomplices in the continued harm inflicted on their victims. We are complicit,” she writes. “We must make the personal sacrifices necessary to take away the power and influence from those who abuse it, and we must do it by standing together.”

That includes boycotting movies, turning down roles, and outwardly refusing to support known predators. As Farrow says: “It won’t be easy, but it will be worth it.” Read her full thread, below