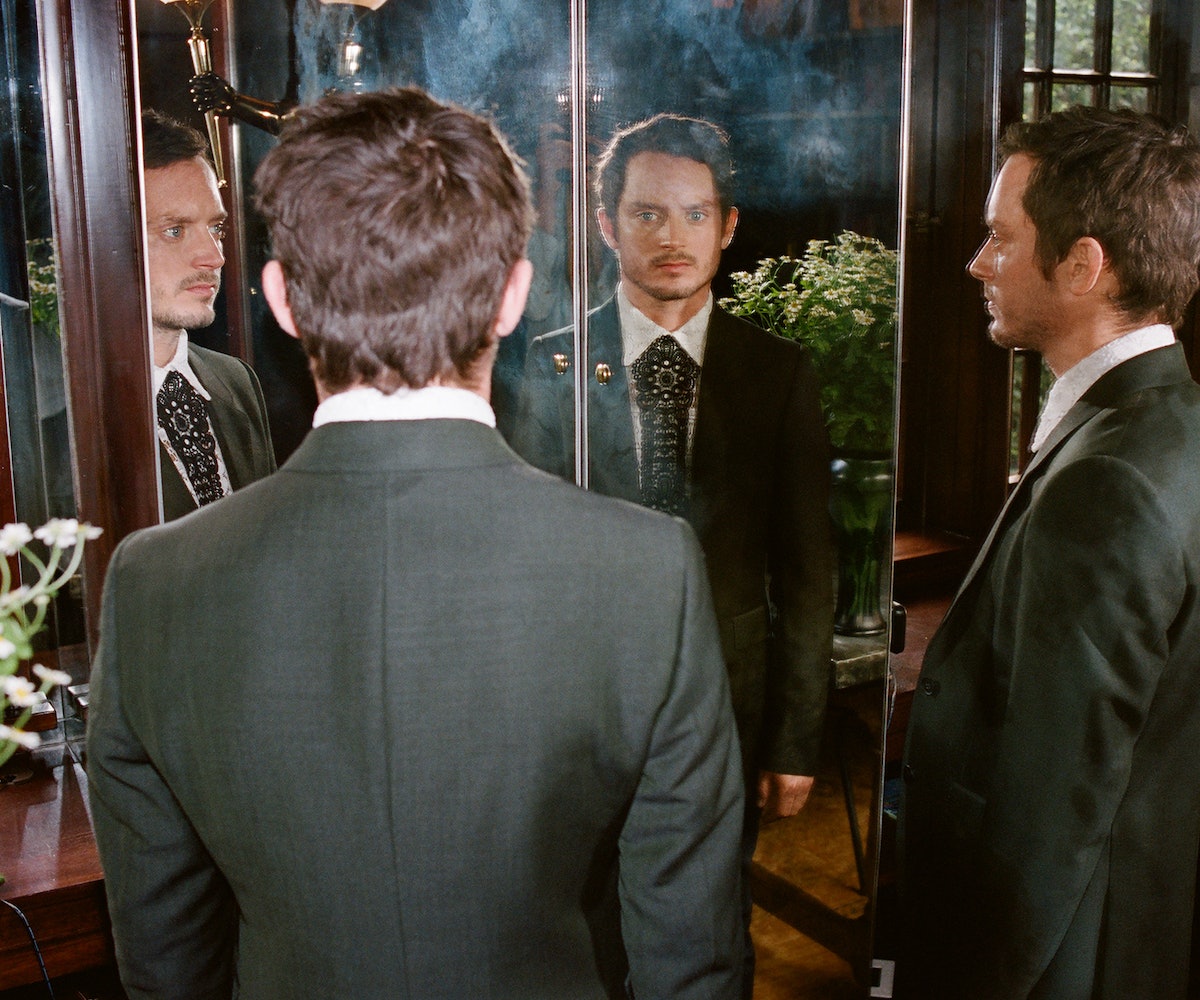 It would be easy to talk to Elijah Wood all day, especially in a setting like this. It’s raining in Los Angeles—the meteorological equivalent of a unicorn—and post-photo shoot, we’re sitting on a velvet couch in a house that seems built for esoteric discussions on drizzly days. There are gold polka-dot pillows, smoking candles, piles of books on every conceivable surface, and musical instruments propped on the floor.

Wood smells like cigarettes, and stuck to the lapel of his frayed cardigan is a pin emblazoned with the face of Michael Myers of Halloween slasher-film fame. The overall effect makes me forget that he is an A-list actor and producer with more than 25 years of screen credits to his name, including a starring role in the blockbuster Lord of the Rings trilogy. Instead, it just seems like I’m chatting up an interesting acquaintance who turns me on to something new every time I happen to run into him. “My favorite sandwich in L.A. is at Larchmont Village Wine, Spirits & Cheese,” he says. “It’s the No. 3, the soppressata salami.” He asks, “Have you seen Blue Ruin? It’s so great. Green Room is coming out soon, that’s Jeremy Saulnier’s next film.” Then he tells me that “the Floating Points record [Elaenia] is one of the best new things I’ve heard in a while.” I write it all down.

Now 35, Wood got his start in the ‘80s with a small role in Back to the Future Part II, then in the ‘90s went on to star in Flipper and The Ice Storm. When he was cast in The Lord of the Rings, it marked the clean, grown-up transition that is so elusive for many child actors. “It’s an obvious benchmark in my life, and an easy reference point, but it’s a significant one in that I left home at 18 to go live in a foreign country for 16 months,” he says. “I was becoming an adult in a really profound way. I felt genuine independence and was living my own life for the first time.”