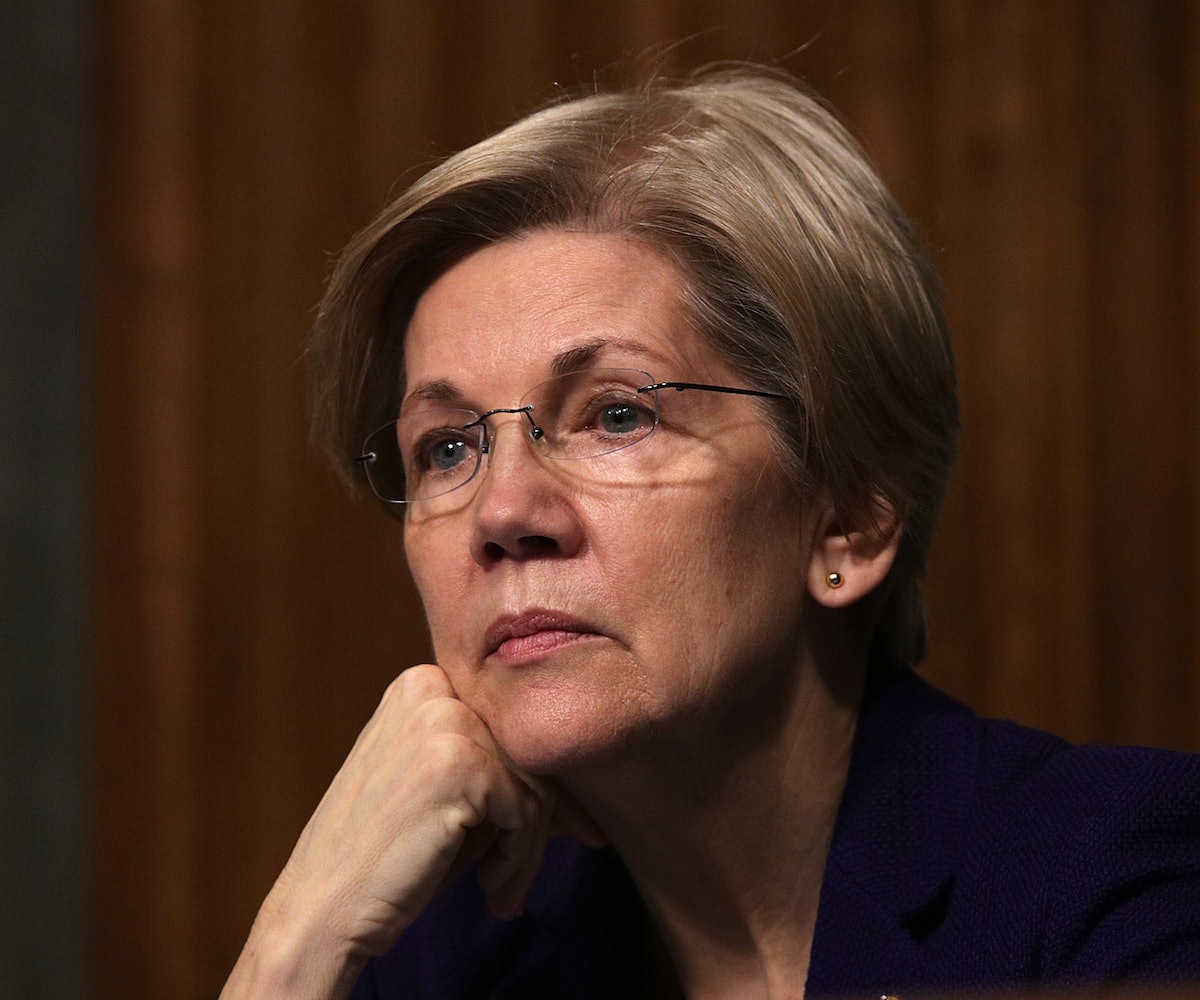 Elizabeth Warren was resisting Donald Trump long before he was sworn in as President of the United States. The democrat never hesitates to call him out in public, not even when her fellow senators from the GOP vote to silence her. Earlier today, the Massachusetts senator made a guest appearance on MSNBC Live with Stephanie Ruhle to discuss all of her favorite topics: Trump, Obamacare, and International Women’s Day.

Warren made it very clear that she is not here for Trump's tweets about this historic day. (We won't burn your eyes by embedding this garbage, but you can peep them here and here.) When asked about what she would tweet back to him, Warren said, “Talk is cheap. Put your money where your mouth is." From there, she went into detail about realistic ways he could actually help women:

We literally couldn't have said it better ourselves. Watch the entire segment in the video, below.