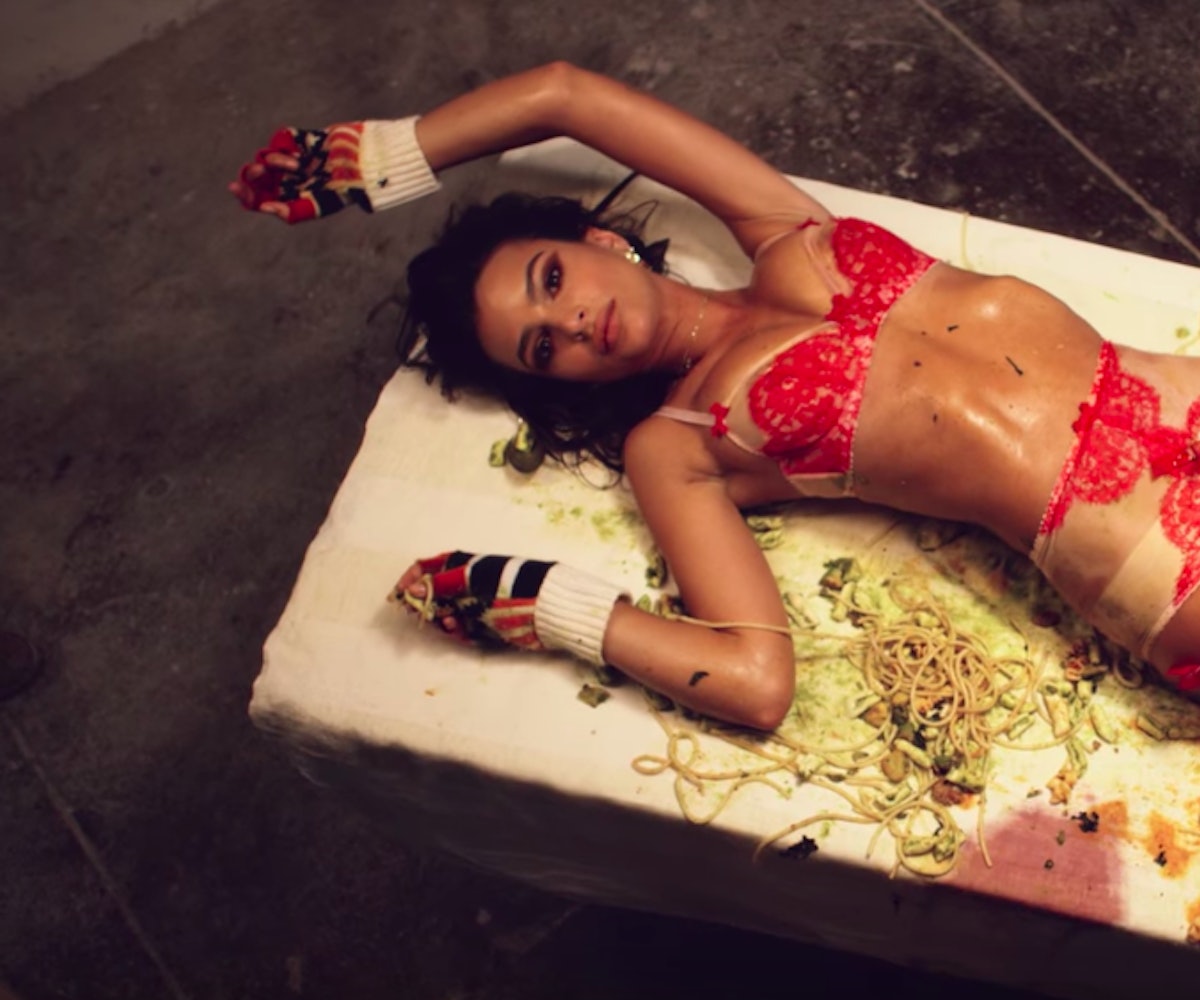 If you haven’t heard, Love magazine's annual star-studded advent calendar is finally here. So far, we've seen Ashley Graham pulling a sled, Kendall Jenner channeling her inner Rocky Balboa, and model and actress Emily Ratajkowski eating and smearing spaghetti over herself in lingerie. It's the most mind-boggling time of the year!

On the surface, the video offers an answer to our society’s burning dilemma of how to eat spaghetti gracefully—which, apparently, is the same way you’d eat a Shake Shack burger. But, Ratajkowski insists that, underneath all the carbs, lies an empowering message about feminism. No, really!

“In the wake of the Harvey fallout and women coming forward with incredible amounts of sexual harassment cases, I have been so disappointed to hear women talk about 'modesty' and 'our responsibility' as if we need to, yet again, adjust to make it 'easier' for the rest of the world," she's quoted as saying in the video description. "I’m tired of having to consider how I might be perceived by men if I wore the short skirt or post a sexy Instagram. I want to do what I want to do.”

In other words, if expressing yourself means dressing modestly, then all the power to you. If expressing yourself means pouring red wine and noodles on your chest, then no judgment there, either. As Ratajkowski points out, “Feminism isn't about adjusting, it's about freedom and choice.” And, sure, for most us that won't include covering our bodies with spaghetti, but, you know, you do you. That's definitely what Ratajkowski is doing, anyway.

“I don't care about your reaction or what you do with my expression of self,” she adds. “In fact, it has nothing to do with you at all and that's the point—which is why it feels good.” Amen.

Take a look at the full video, below.