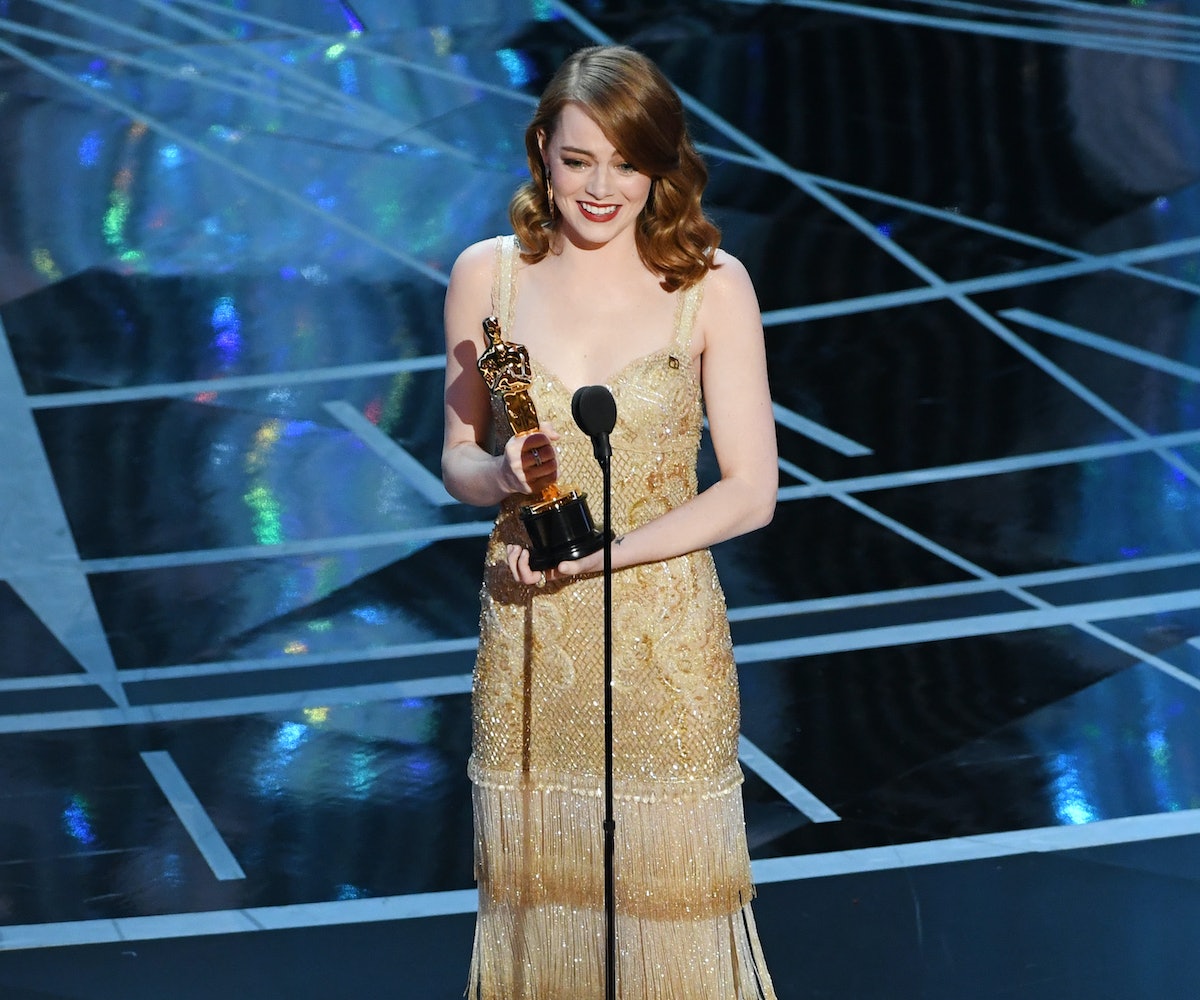 When Emma Stone was a young girl growing up in Phoenix, Arizona, she made a PowerPoint presentation for her parents called “Project Hollywood.” It was designed to convince them to let her move to Hollywood and pursue her dreams of becoming an actress. At tonight’s 89th Academy Awards ceremony, where Stone was up for Best Actress for her role in La La Land, Stone was asked on the red carpet if that presentation included an Oscar. Stone said it did not, but no one grows up dreaming of being an actor without imagining themselves one day accepting an Oscar. So tonight, when Emma Stone did win the award, it had the feeling of someone realizing their lifelong dream.

Stone, who must have known she was going to win, was able to keep her composure despite being overwhelmed by the moment. She started off her speech by thanking her fellow nominees. “You were all so extraordinary, and I look up to you and I admire you.” Stone also thanked her La La Land co-star, Ryan Gosling. “Thank you for making me laugh,” she said. “For always making me laugh and for being my crazy partner in this crazy adventure.” Stone ended her speech on a humble note. “I still have a lot of growing and learning and work to do,” she said. “And this guy is a really beautiful symbol to continue on that journey and I’m so grateful for that. So thank you so much.”