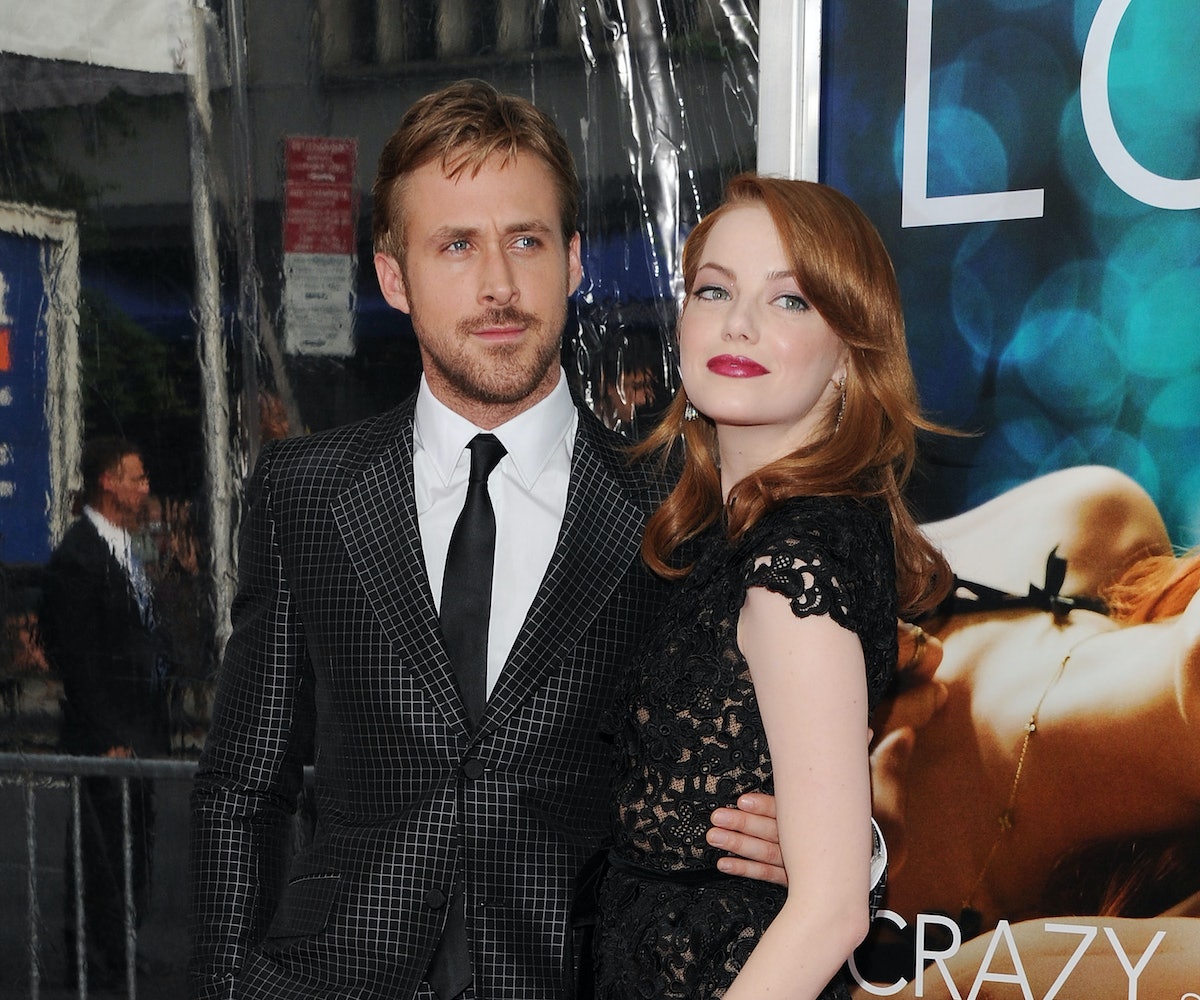 Following the out-of-nowhere success of Whiplash, Damien Chazelle is one of the hottest directors in Hollywood and some pretty major stars are clamoring to work with him. Deadline is reporting that both Emma Stone and Ryan Gosling are close to signing on to Chazelle's next movie, La La Land, a modern-day musical set in Los Angeles.

This wouldn't be the first time Stone and Gosling teamed up. They made a memorable pair in Crazy, Stupid, Love, and a not-so memorable one in Gangster Squad. Still, Gosling and Stone would make a perfect duo in a story about an aspiring actress and a jazz pianist who fall in love in Los Angeles. Stone has already proved her singing and dancing chops with a stellar turn in Cabaret, and well, Ryan Gosling is Ryan Gosling.

Chazelle's Whiplash star Miles Teller was originally supposed to appear alongside Emma Watson, but she departed to shoot Beauty and the Beast and Teller has several other movies lined up. It's too bad for them, because based on this epic description Chazelle gave to The Wrap, La La Land, which is scheduled to shoot this fall, sounds like it could become something very special.

"I’d like to make a contemporary musical about L.A., starting with the L.A. we know but slowly building to a vision of the city as romantic metropolis — one that is actually worthy of the dreams it inspires. I’d like to make a musical about the way L.A.’s peculiar rhythms can push its residents to the edge of their emotions–be they hope, desperation or love. Think the kind of teetering-toward-madness you see in The Graduate or Boogie Nights, and imagine if you were to push that further. In this case, the city pushes its residents all the way: it pushes them into song.

The characters of this movie are just people trying to make it. One thing most movies about struggling L.A. actors and musicians miss is the poetry of their struggle: these are blue-collar folks working day in and day out to make something happen. What I’m interested in is pitting their yearnings and their ambitions against the musical genre. After all, musicals are all about the push-and-pull between reality and fantasy; the heroes of this film, because of their big dreams, are constantly poised on that edge.

At its core, this is a movie about artists in love — and what it means to be an artist in love in arguably the most competitive city on the planet. How do you juggle the need to find success as an artist with the need to share oneself with another human being? And how do you do so in a place where every poster, every street corner and every sign remind you of the glories just beyond reach? L.A. is the Dream Factory, and to me there’s something swooningly romantic about that: all those unsung songs and unrealized ideas clouding the air. By casting an affectionate eye on a pair of young hopefuls, while aspiring to the kind of full-fledged romanticism you hardly ever see in today’s movies, I hope to capture the spirit of the city I now call home, and make a movie that feels both classical and urgent — and, yes, intrinsically L.A."