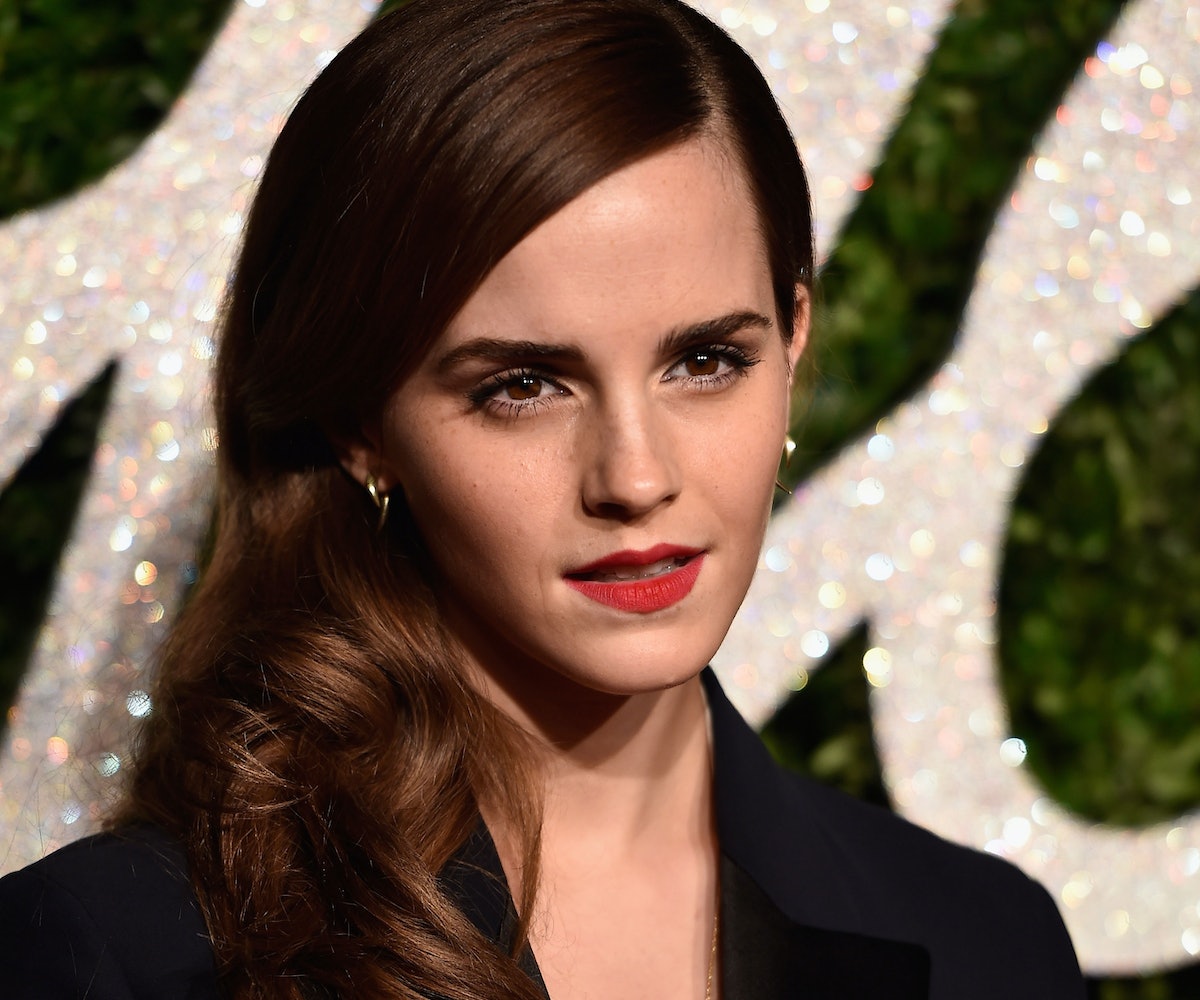 In the cover story for PORTER magazine's Winter Escape Issue 12, Emma Watson revealed some pretty shocking news regarding the famous HeForShe campaign speech that she delivered last year. Apparently, the U.N. Women Goodwill Ambassador was originally advised not to include the word "feminism" in her speech, and we're still trying to wrap our heads around how that even happened.

"I was encouraged not to use the word 'feminism' because people felt that it was alienating and separating, and the whole idea of the speech was to include as many people as possible," she said. "But I thought long and hard and ultimately felt that it was just the right thing to do. If women are terrified to use the word, how on earth are men supposed to start using it?"

The speech wouldn't have had the same effect without the F-word, so we're glad that Watson stuck to her guns and included it in her speech anyway. If she hadn't said it, what would that have meant for someone like Malala Yousafzai, let alone the rest of the public? Furthermore, how can we talk about gender equality and not associate feminism with it? Watson also said that her passion for feminism came from her interest in fairtrade fashion, "because so many women design and make the clothes we wear, it's primarily the working conditions of women that are affected by the decisions we make, so fashion is a feminist issue."

Needless to say that whoever gave Watson that terrible advice should never be consulted for speech writing ever again.