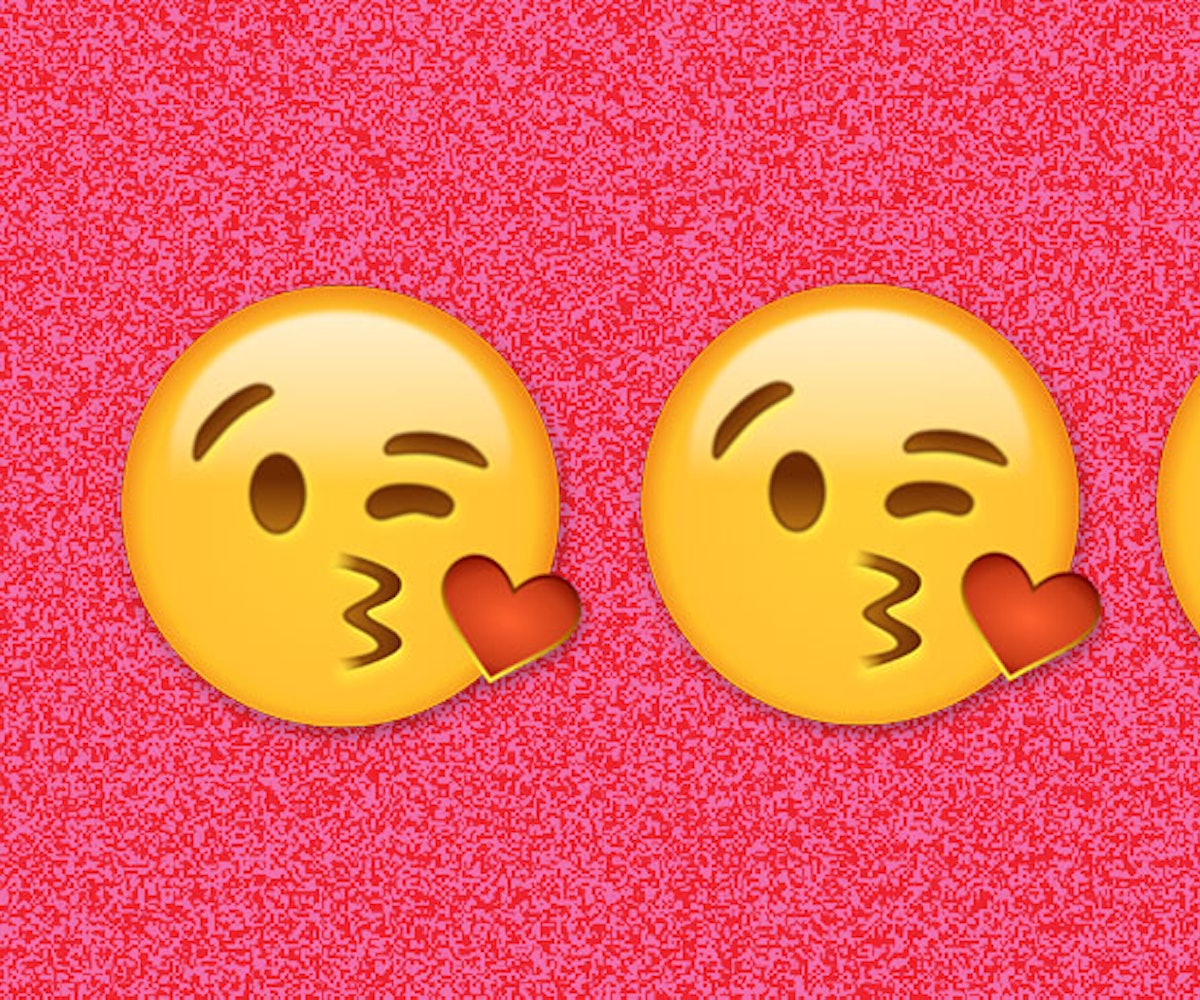 The evolution of courtship, which was once done in person or over the telephone and is now done largely online, means that if you want to get a date, your emoji game has to be on point. And with literally thousands of emojis to choose from, the wrong move (re: poo emoji) could sink your love boat.

Thankfully, OkCupid is here to make sure you never experience death by emoji again. On Wednesday, the dating site released a very pretty infographic, which among other things, revealed the top five response-generating emojis among its users. What the site doesn't make clear is whether the responses are at the positive or negative end of the spectrum.

Based on the emojis themselves, our guess would be negative, especially since two of them are of the crying variety. Another one is usually used to suggest extreme, blood-curdling anger, while the "zzz" emoji, which also ranks here, is used to convey one of two things: boredom or sleep — neither of which make for a particularly exciting night out.

In terms of their most overall used emojis, the most obvious ones made the grade: winky face, heart, heart eyes, and well, you get the gist. However, none of these are particularly prolific when it comes to garnering a response.

What we've learned here is that playing it safe when using emojis for online dating is for the birds. Check out the rest of OkCupid's revealing data here.

NEXT UP
Life
ask a witch love spells
Nylon Nights
Enya Umanzor Gets Ready For Collina Strada’s NYFW Show
Entertainment
Getting Ready With Pale Waves For Their 2022 New York City Concert
Life
Rachael Finley Never Got A Guide To Life, So She Wrote Her Own