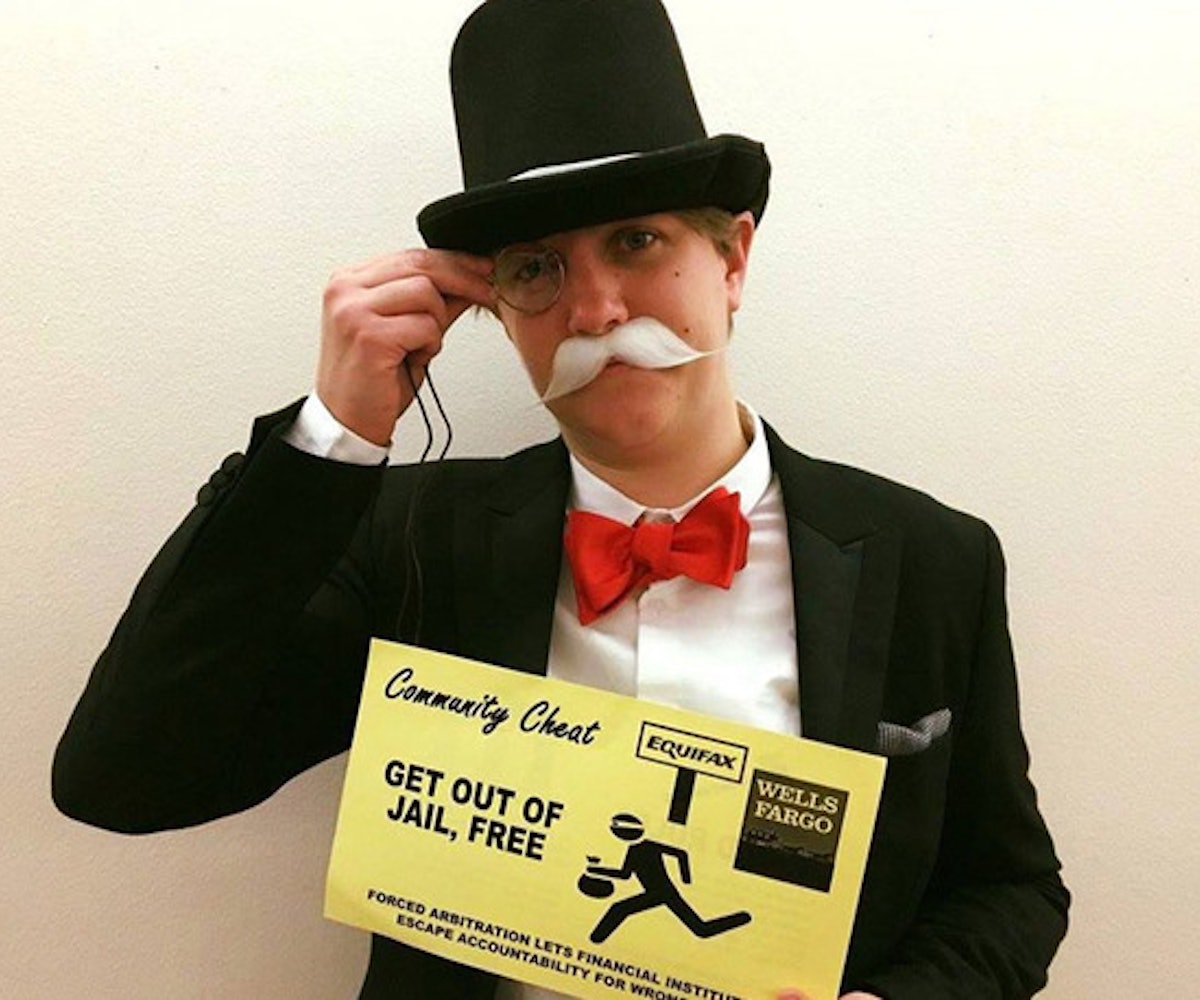 Today's hero is activist Amanda Werner, who showed up to the Senate's Equifax hearing dressed as the Monopoly man. During the proceedings, the female Uncle Pennybags wore a black top hat, a red bow tie, and a gold monocle. She stroked her white mustache as the credit report agency's former CEO, Richard Smith, testified before the Senate Finance Committee in view of Equifax's massive data breach, which affected more than 140 million consumers.

The reason Werner was there dressed to the nines was to speak out against forced arbitration, which is when a company requires an employee or consumer to submit any dispute to a private arbitration forum that they've paid for. Consumers are forced to waive their right to sue, appeal, or participate in a class action lawsuit, according to ConsumerAdvocates.org. Forced arbitration is mandatory, the decision is binding, and results are not made public.

While holding a yellow "Get-Out-of-Jail-Free" card, Werner explained to press outside the courtroom that "forced arbitration allows companies to break the law and not have any consequence because consumers can't actually go to court." She cited a recent study from the Economic Policy Institute that found the average consumer ended up paying around $7,700 in arbitration.

Following Equifax's security breach, when hackers stole the names, dates of birth, addresses, and Social Security card and credit card numbers from millions of customers, the company offered free identity theft protection and credit monitoring to affected consumers, but it included an arbitration clause, preventing anyone from suing or joining a class-action lawsuit.

"Equifax is a great example," Werner said. "They bury a forced arbitration clause deep in the fine print of a consumer agreement that no one ever reads, and people lose their right to a day in court and didn't even realize it."

Watch Werner talk more about her cause, below.