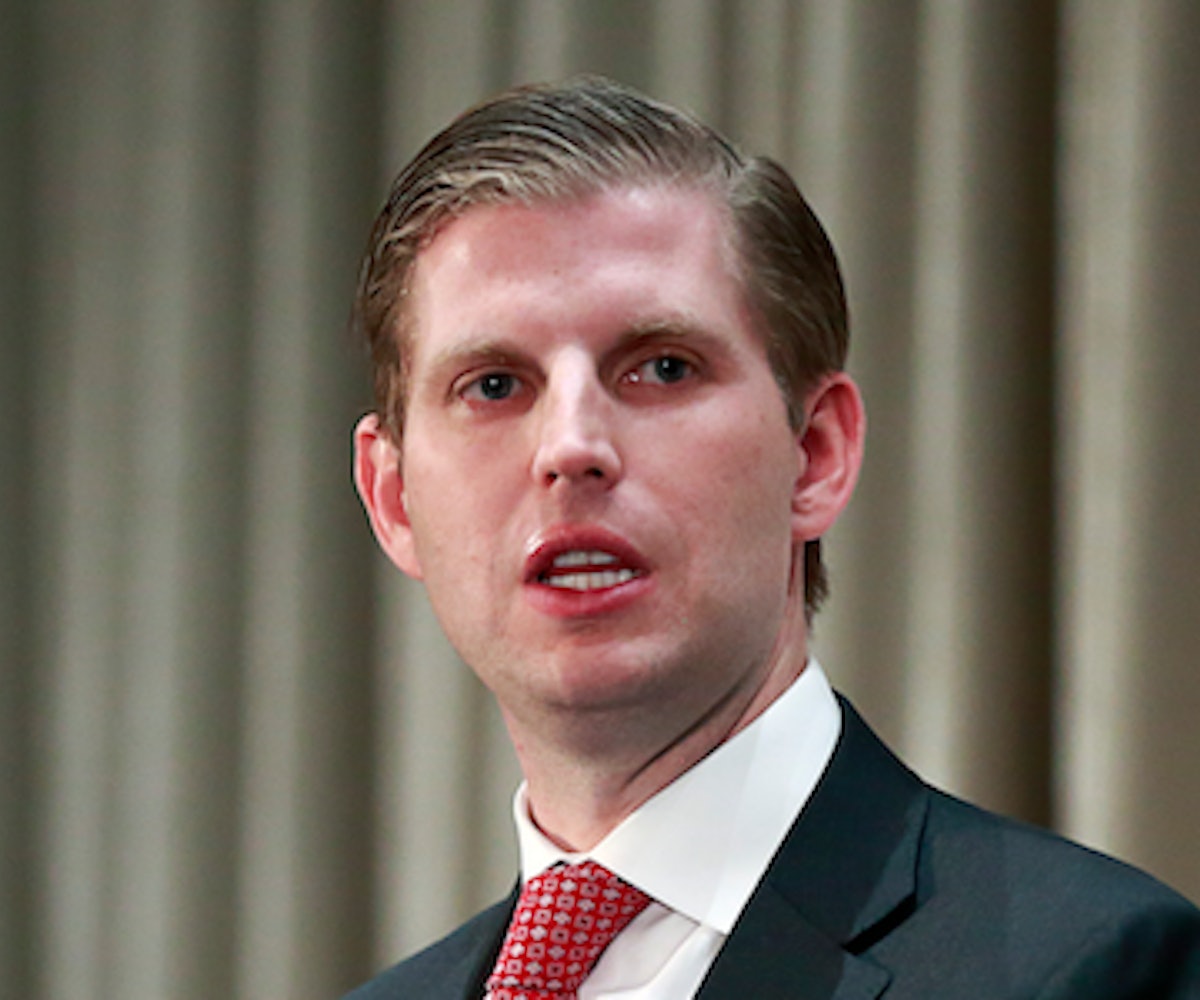 For some strange reason, many people have a hard time believing that Donald Trump is racist. It's almost as if they suddenly forgot that the President has implemented laws targeting minority groups, called Haiti, El Salvador, and African countries “shitholes,” pardoned known racists, and called white supremacists "fine people." And among those people with this very serious case of memory loss (see also: delusion) is none other than Eric Trump, who took the liberty of defending his father's racist comments as of late.

The middle Trump child appeared on Fox's very non-racist news segment, "Fox & Friends," to address the allegations. "My father sees one color: green," he told correspondents. "That’s all he cares about. He cares about the economy. He does not see race—he's the least racist person I know.” He then went on to say the claims are even more ridiculous, considering the "unemployment rate for African Americans is at its lowest," which has, like, nothing to do with this discussion.

But despite knowing what we already know about the POTUS, Trump's defense of his father only emphasizes that he is nothing but a money-hungry politician that only answers to the rich. Choosing not to "see color" isn't the opposite of racism—it only emphasizes his own ignorance. And, FYI, if your father is the "least racist" person you know, you must keep some horrible company in your circle.

If you have time and brain cells to kill, you can watch the interview below.