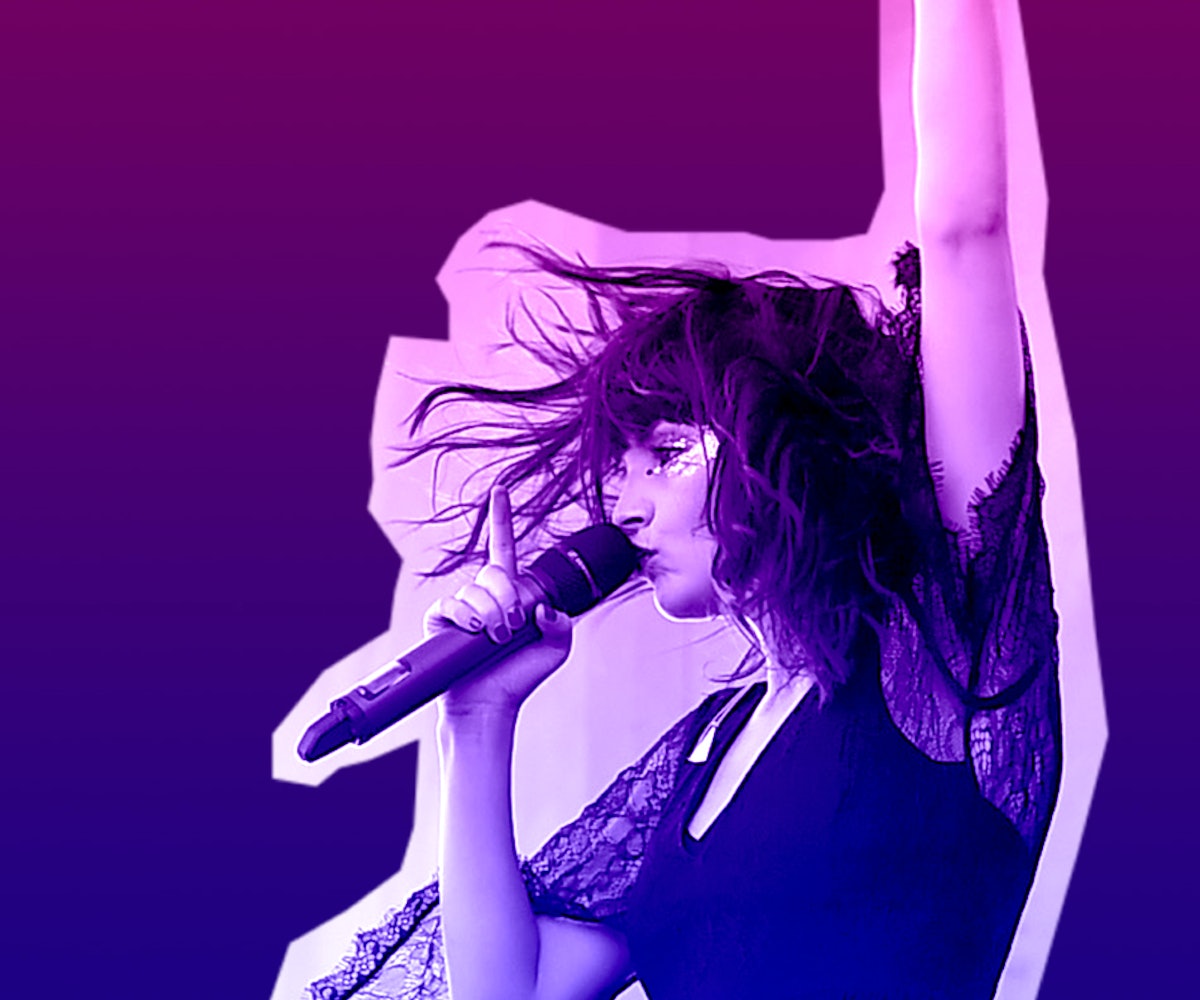 Listening to music has many functions, but using it for an immediate escape is one of its most compelling; some songs have the power to leave you breathless and, for a minute, lost, in the best possible way.

Think back to when you first experienced something like this; maybe you were listening to "Sweet Disposition" by The Temper Trap or an M83 production. These escapists songs become vessels to channel our deepest existential desires. The power of music is in that we can experience that feeling over and over again. So, let's do just that with the 20 songs ahead, all featuring similar, sublime elements that work to elevate you and your sense of being. It's not lit, rather, it's enlightened.

1.) "Life in Technicolor" Coldplay: A light, textured intro of synths and chimes that instantly envelop you in warmth.

2.) "Making the Most of the Night" Carly Rae Jepsen: Leave it to pop's most wildly underrated maestro to master the art of a running percussion track, still brimming with determination and yearning.

3.) "The Water Beneath You" The Naked And Famous: The way Alisa Xayalith's voice soars over a clash of guitars and synths is nothing short of sublime.

4.) "Where the Streets Have No Name" U2: Does the intro to this song sound a little like "Sweet Disposition"? Good. It should, because that is exactly why this song classic is on here.

5.) "Sweet Disposition" The Temper Trap: If you ever get the chance to sit in a field while The Temper Trap plays the opening notes of this song, take it. The chill is nothing like you've ever felt before.

6.) "Wonder (feat. The Kite String Tangle)" Adventure Club: Never underestimate the power of a sentimental falsetto spun through wobbly effects. It'll hit you right in the feels every time.

7.) "I'm Ready To Move On/ / Wild Heart Reprise (feat. Yoko Ono)" Bleachers: Though it's slow to get going, this song off of Bleachers' debut album explodes into a cosmic wonder at the end that will leave you spinning.

9.) "Intro" M83: Zola Jesus and M83 need to make more music together. This is the kind of song that soundtracks the inspirational climax of a John Green movie adaptation, and as ingratiating as that comparison is, it's a blissful bit of music that deserves to be experienced in full.

10.) "A Certain Person" Light Asylum: Shannon Funchess' voice is arresting, and when paired with her group's brooding electro-goth sentimentality, it creates a sonic landscape that's extraordinary and cathartic. "A Certain Person," though bright, is rife with desperation and longing.

11.) "Mr. Brightside (Jacques Lu Cont's Thin White Duke Remix)" The Killers: You know the original, now familiarize yourself with an epic, eight-minute long remix that takes the song into new, cosmic territory. The finale, when Brandon Flowers belts "I never" and the entire dance production swells beneath him, will floor you.

12.) "Lost In The World (feat. Bon Iver)" Kanye West: Yes, Yeezy can do escapist music, and it's all because he sampled Bon Iver's cathedral-filling electronic opus "Woods."

13.) "Lazy Eye (Jason Bentley Remix)" Silversun Pickups: A smooth, nuanced bass line gives this remix its forward-driving motion. The true magic lies in how well it blends with Brian Aubert sweet and sinister vocal delivery. Despite Aubert's aggression, Bentley's remix beneath him keeps the tone of the song downtempo and, as such, cool as ice.

14.) "Brother" Annuals: Turn your volume up and brace yourself for one of the more cinematic floods of sound your ears did hear.

15.) "Moth's Wings" Passion Pit: How could we not include a Passion Pit song here? This one happens to follow a similar chord progression as "Sweet Disposition."

16.) "Tether" CHVRCHES: The sadness within Lauren Mayberry's voice transforms at the end of this slow-build of a song. It's glittery, teary eyed, and pure magic. You're going to want your volume way up to let it properly wash over you.

17.) "Heaven" Angels & Airwaves: Tom DeLonge devoted much of his post-blink-182 career to making sublime, atmospheric songs with Angels & Airwaves. "Heaven," however, remains one of the band's best. It wears its existential longing on its sleeve and captures that infinite feeling we experience when first falling in love with someone

20.) "Their Kindness Is Charade" Crystal Castles: A proper finale that begins soft, explodes with a cinematic flurry of synths and heartbeat beats before disappearing into nothing but a few flecks of glitter.