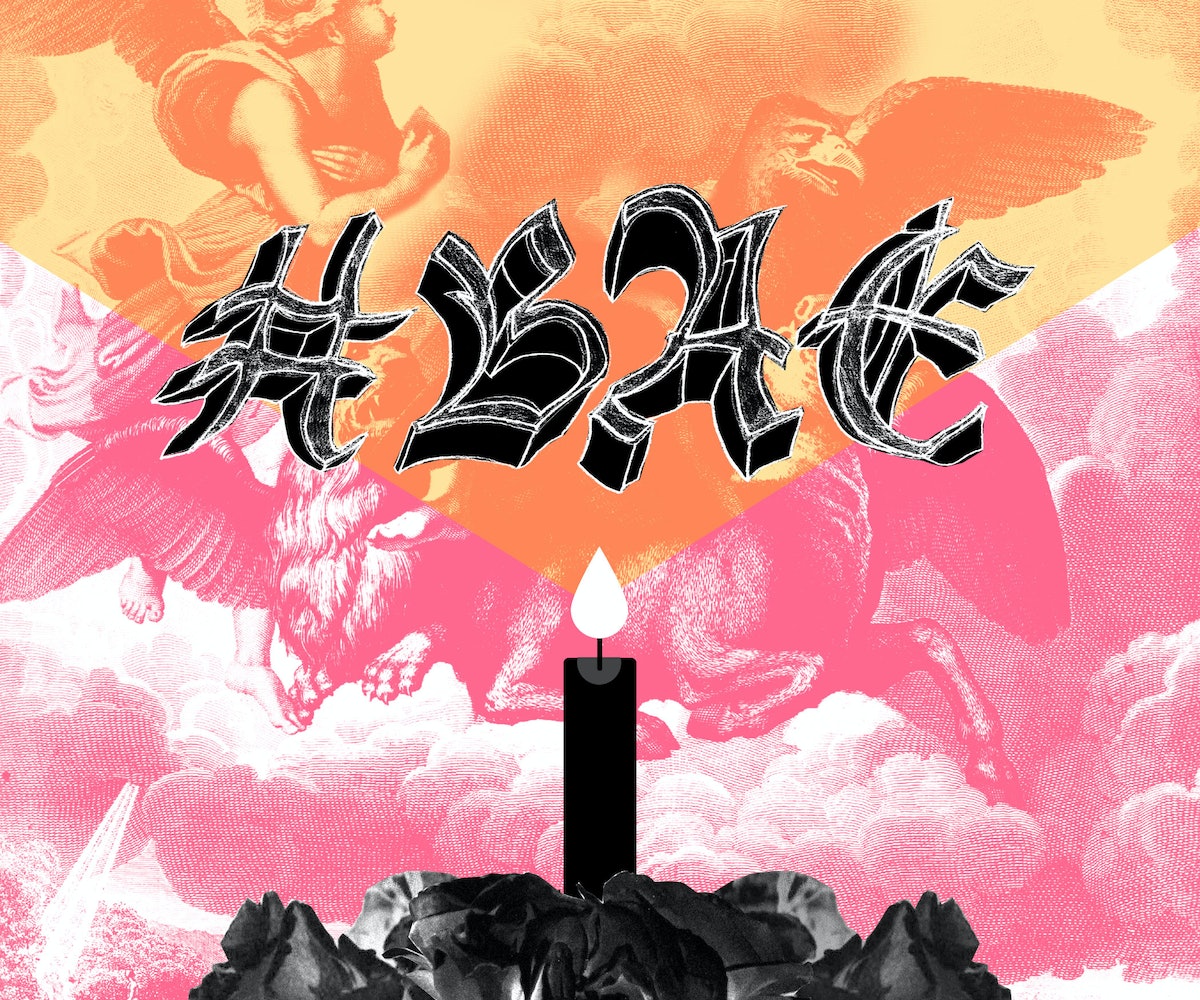 In an age where you virtually have to venture on a mountainous retreat to escape the ever present being that is social media, it's nearly impossible for a saying to run its full course before being destroyed by mainstream popular culture. "Damn Daniel" emerged less than a month ago and already it's been killed; "fleek" and "Bye, Felicia" now belong to the past and your out-of-touch aunt; and the emoticon ¯\(ツ)/¯ has been left to those who actually put enough effort into bookmarking it in the first place. The apparent exception to the trend, though, is "bae." The term of endearment has somehow managed to outlast cross-generational attention span for years. But pop culture has done the inevitable—it killed bae, and left nostalgia to resuscitate it years down the line.

While no definitive origin has been locked down, the word—which may be a minuscule shortening of "babe," an acronym for "before all/anyone else," or the English way to spell "bæ," the Danish word for "turd"—began popping up in the mid-2000s on the Internet and in rap songs. Still, like most new words and offbeat phrases, it was constrained in various subcultures. Hip hop and Tumblr, however, took it to larger audiences. Then, in 2013, Google searches containing the word "bae" started rising. But it wasn't until early 2014 when it really hit, thanks (or perhaps no thanks) to the Pharrell and Miley Cyrus collab "Come Get It Bae." Nearly immediately, branded accounts—from the likes of

—began to use it in their quest to capture the illustrious Gen Zers. By the end of the year, Oxford Dictionaries

bae a runner-up to its Word of the Year. (If you're curious, the winner was "vape.")

Somehow, though, bae was able to withstand the painful dad jokes, thanks to apathetically guided 20-somethings. When paired with a photo containing faux fur jackets, hoops, and old-school gold nameplate necklaces, bae became a status symbol of sorts. If you could pull off using the word without the lame implications, you were rebellious, confident, and a straight-up badass. It was almost as if you were metaphorically inducted into the artsy Internet clique of

Funnily enough, it's the new, ironic iteration of "bae" that has killed the word this time around. While throwing on a pair of Stan Smiths and Levis may make you look more "fashion" to people who troll street style roundups, that doesn't make you any more unique or special than the handful of other people wearing them in the same train car as you. With too many people trying to replicate the same nonchalant attitudes of the aforementioned Internet sensations, inauthenticity shines brighter than ever. Let's join together and take bae for what it was: a cultural phenomenon. Yes, remnants most likely still remain on your feeds, and some sort of word renaissance is bound to emerge a few years down the line. But before anyone tries to make it happen again, like "fetch," just know that it's time to retire it for now.