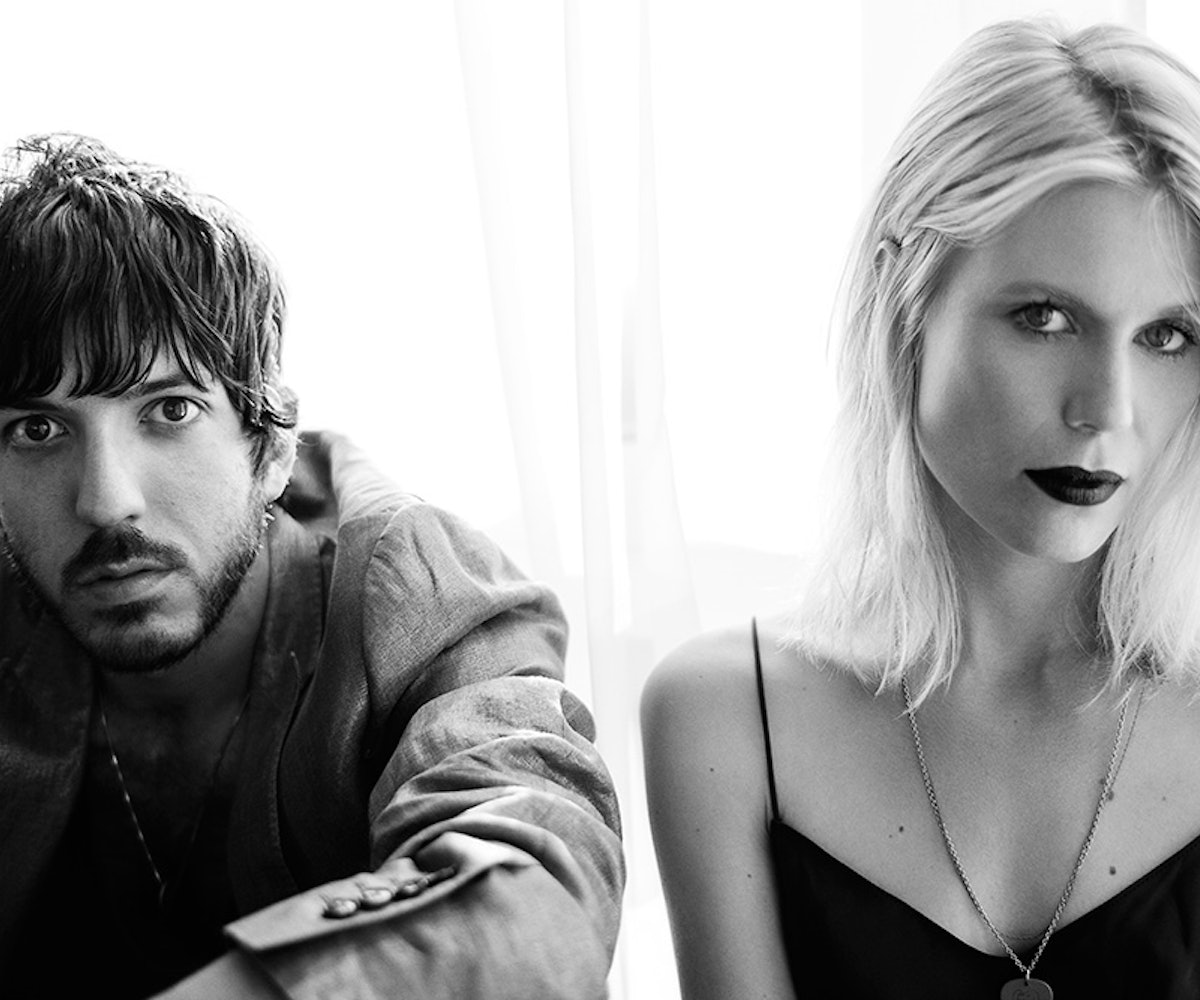 If you've been thirsting for a new dose of hazy, '90s pop to quench your summer playlist, look no further than Wild Cub's new remix of the Ex Cops anthem "Black Soap."

Ex Cops, the vagabond pair of Amalie Bruun and Brian Harding, has been tripping out our eardrums since 2011. Released last year, their sophomore sampling, Daggers, delivered us a glittering roar of '90s alt-rock. Produced by alt icon Billy Corgan and producer-of-the-moment Justin Raisen (Sky Ferriera, Charli XCX, Kylie Minogue), the album featured collaborations with Raisen and Ariel Pink. Now, one of the album's coolest singles is getting an upgrade.

The Wild Cub remix of "Black Soap" takes somewhat dark, brooding lyrics and transforms them into a tantalizing reminiscence of a summer exploring the blistering city: think Williamsburg bike rides and Coney Island boardwalk strolls. So wiggle your toes in the grass, swing your head back, and press play.