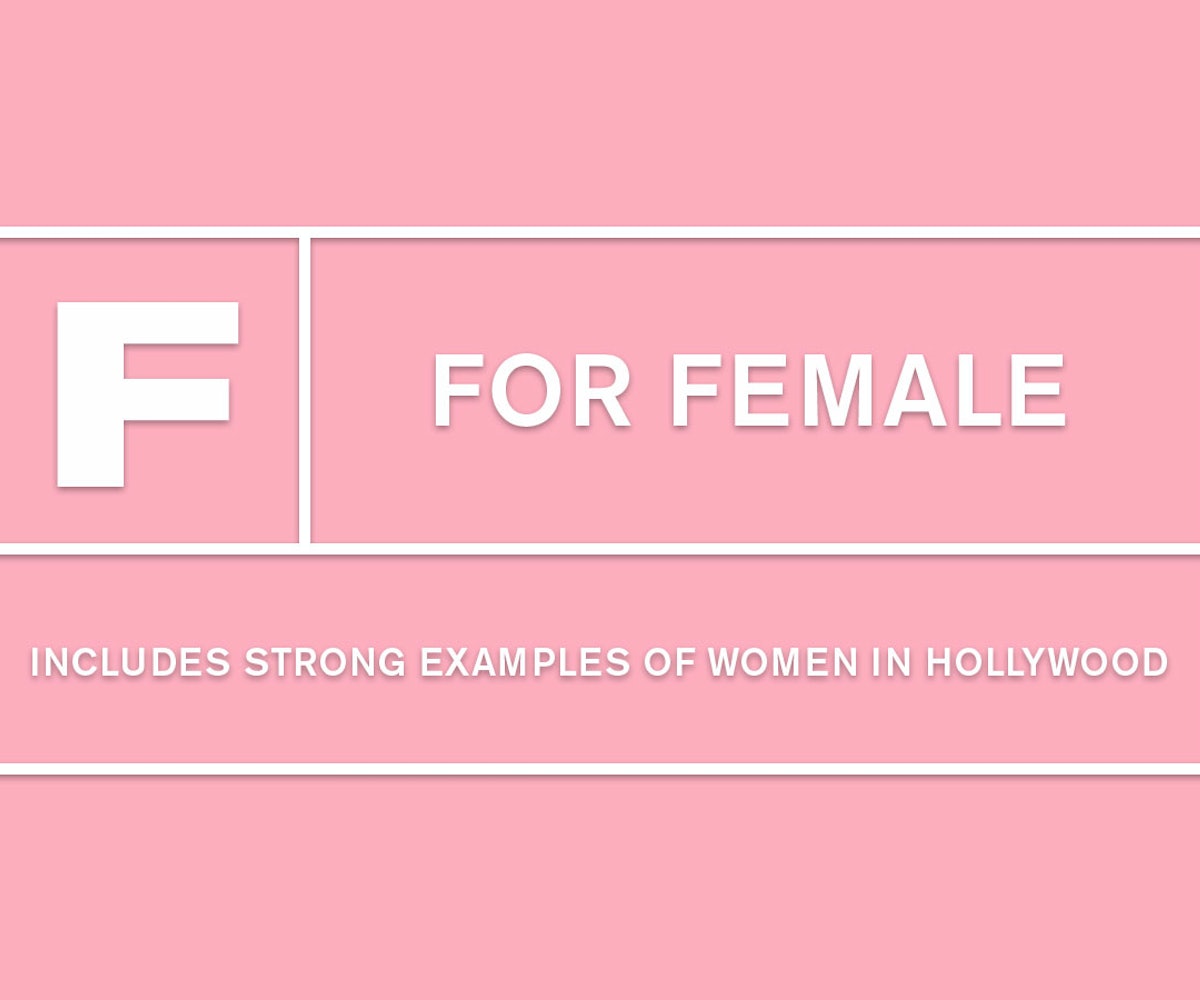 In an effort to continue to highlight the strong female voices both on- and offscreen, the International Film Database (IMDb) has introduced a new F rating to its roster. Currently, 21,800 films have been given the rating.

Holly Tarquini, the executive director of the Bath Film Festival in Bath, England, created the rating a couple years ago in "an effort to make people talk about the representation of women on and off screen," she tells The Bath Chronicle. The F stands for female and has been adopted by over 40 U.K. cinemas. IMDb is the latest organization to adopt the rating, running it alongside the traditional MPAA movie ratings, like R, PG-13, and PG.

"It's exciting when new organizations decide to join us in shining a light both on the brilliant work women are doing in film and on how far the film industry lags behind most other industries when it comes to providing equal opportunities to women," Tarquini adds. "But our real goal is to reach the stage when the F rating is redundant because 50-percent of the stories we see on screen are told by and about film's unfairly under-represented half of the population—women."

Movies score an F if they meet any or all three of the following criteria points: Was it directed by a woman? Was it written by a woman? Does it feature significant, empowered women who aren't identified by men and are strong in their own right? The latter point sounds a lot like The Bechdel Test criteria which analyze movies for at least two named female characters who talk to one another about anything besides a man. Both systems seek positive representation of women within the still male-dominated world of Hollywood.

So far, Frozen and American Honey are among a select number of films which have received a Triple F rating for being written by, directed by, and starring women. The future, as we know it, is rated F for Female.