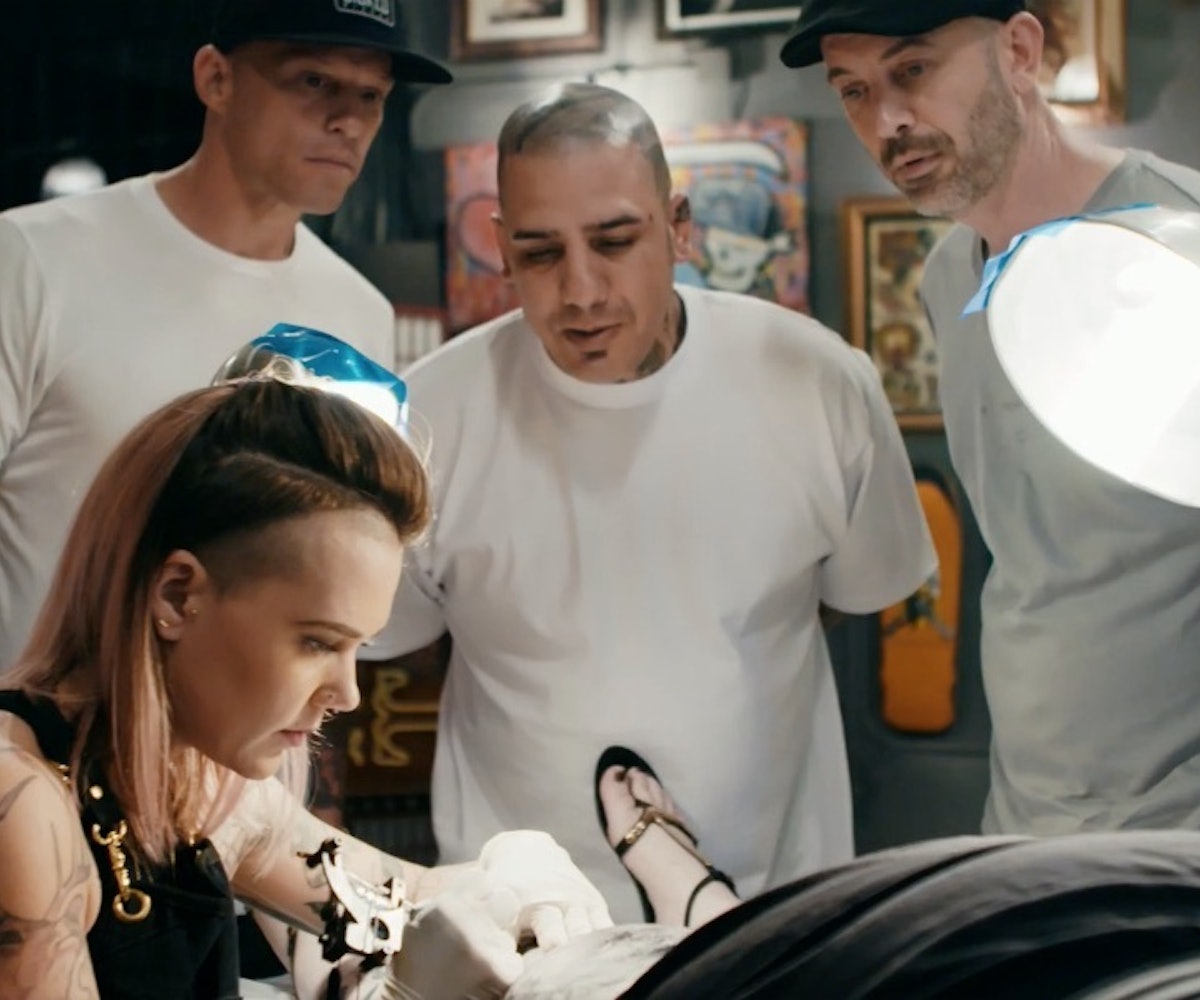 Facebook has a wild idea for a new show. The latest Facebook Watch series, titled The Tattoo Shop, will follow artists as they open a shop in Miami. According to Vulture, the show “showcases the incredible talent of tattoo pioneers as they push visual boundaries while dipping into the next generation of up and coming tattoo artists.” The wild part being, every Friday night, they’ll host a segment called “Mystery Tattoo,” where Facebook viewers will get to choose the designs clients get done.

As Vulture explains, “One client who is either willing or crazy enough, agrees to get a tattoo, chosen by the Facebook viewers.” If you already have a bunch of tattoos, sure, one more you might not love wouldn’t faze you. But, apparently, the audience also gets to choose where on the body the design will live.

Even though Facebook is mostly made up of our aunts and uncles posting statuses about politics now, they likely won’t be the ones tuning in. Those will be the trolls with nothing else better to do than make sure a really horrible design ends up on the face of some trusting client.

At least tattoo removal is a thing now.