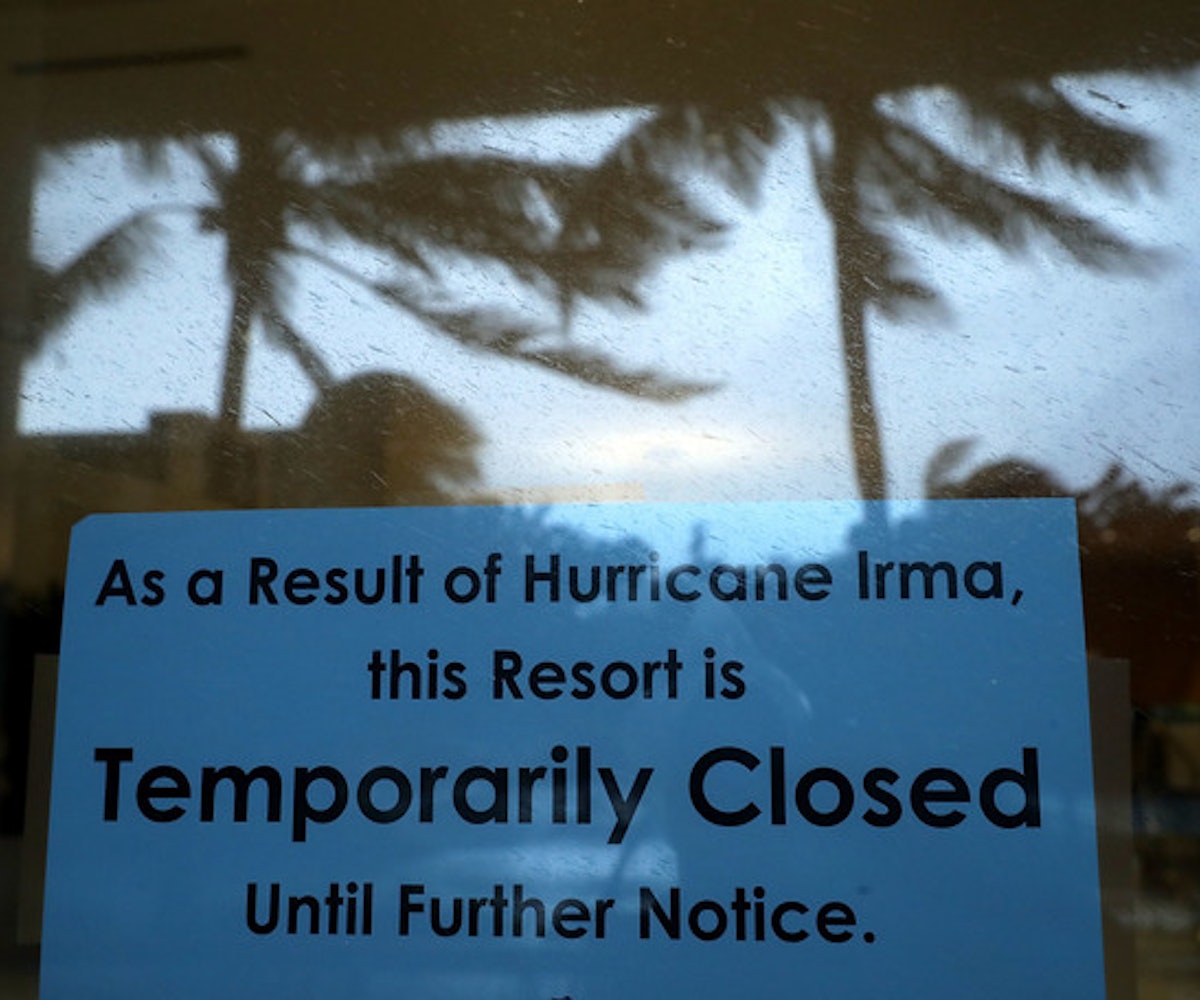 Florida is currently in the eye of Hurricane Irma, a storm meteorologists call one of the most powerful to ever reach the state. In light of the destruction caused by Hurricane Harvey only a couple weeks ago, this is a frightening event that people should be responding to very seriously.

That said, quite a number of fake and absurd Facebook events have been popping up, with names like "Everyone Point Fans at the Hurricane to Blow It Away" and "Talking Reasonably to Irma to Convince Her to Stop This Cycle." The descriptions accompanying the events are just as tongue-in-cheek: "Everyone takes their fans outside and points them at Hurricane Irma to blow it away from us. Air compressors with a blow gun attachment also a plus, or anything else. Get creative. Date/time subject to change due to the unpredictable path it may take. *Not responsible for any collapsed lungs should you choose to blow manually."

As with anything on the internet, people are taking this trend and really running with it—some of the event titles are truly clever and self-aware and could potentially be hilarious if they weren't referring to a possibly deadly natural disaster poised to devastate an entire U.S. state.

In one of the fake events that talks about shooting down the storm (which is problematic for several reasons), the 22-year-old creator of the event said he did so out of a "combination of stress and boredom". Others say making a joke about the hurricane is simply a way of coping with it. The creator of this particular event told VICE that, "I think the point of making these pages is to cope, especially as the storm gets closer. People need an outlet to relieve tension, and what better way than to make light of natural disasters that could end up destroying everything you know, right?"

While it's understandable that people feel the need to make light of a heavy and stressful situation, there's an importance in approaching a disaster like this with all the gravity that it requires. With people's lives at stake, everyone needs to be aware of how seriously we need to react, in terms of evacuating and providing support and help. There is a certain concern that the we joke about an event, the less likely people will understand how destructive it really could be.

If you're in Irma's projected path, take some time to acquaint yourself with information on building a "ready kit" for your family. Stay tuned to local news stations and social media for updates on the storm, as well.