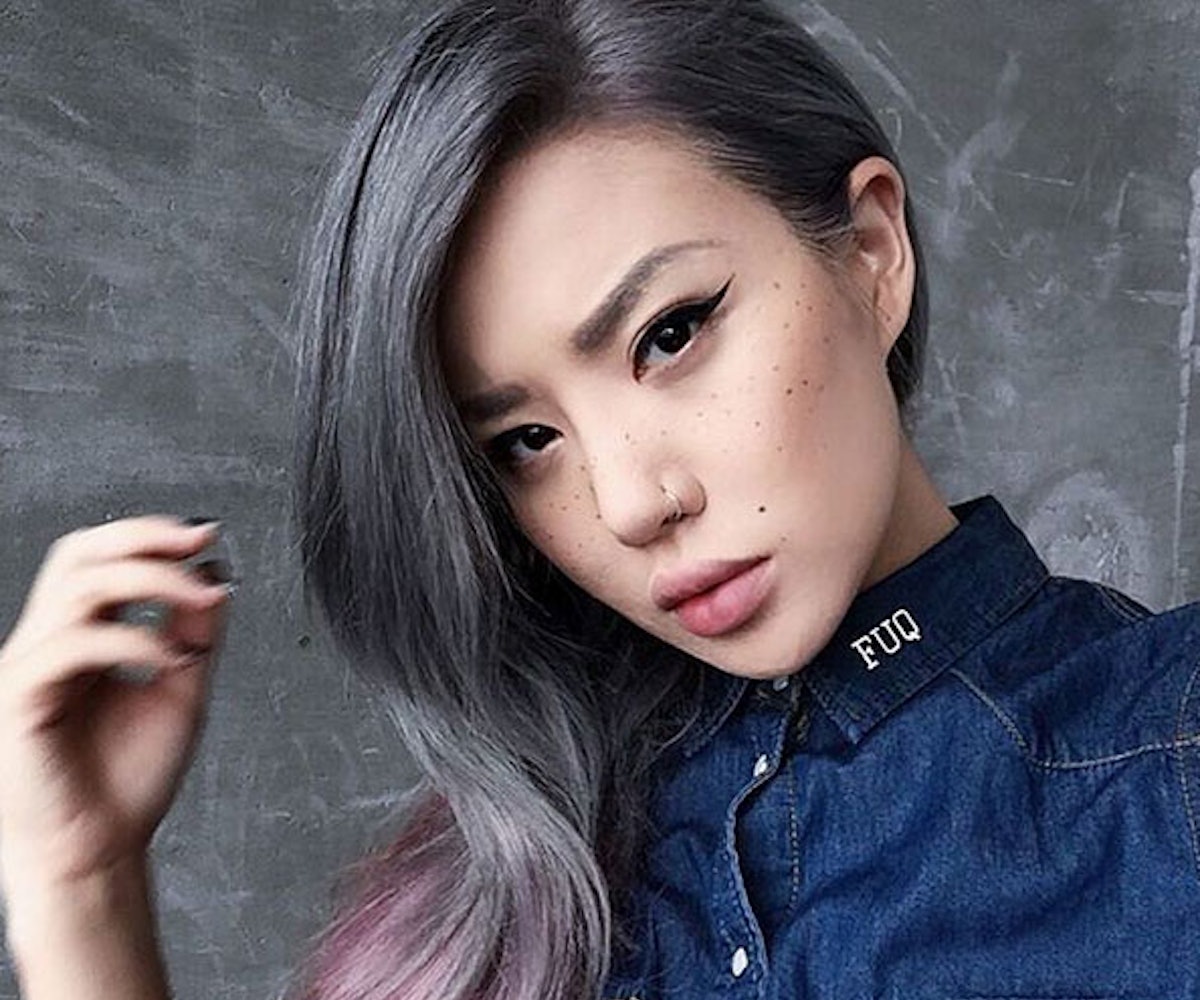 Growing up, the kids in my school that had freckles used to get teased endlessly. Deep down, I'm sure that my other classmates were low-key jealous of their dots, because the best way to show that you want what somebody else has is to make them feel like shit for it. If only those freckled kids knew that their condition would become the latest "fashion" trend now... They would probably still be livid.

It's bad enough when people draw on freckles and are outed when they disappear or smear, but now there's a Kickstarter campaign for freckles that come in the form of temporary tattoos. Cosmetic brand Freck Yourself offers customers the ability to apply fake freckles using a semi-permanent stencil and formula that lasts approximately 48 hours. If the campaign meets its goal of $215,000 next month, we'll be exposed to many fake-freckled faces very soon.