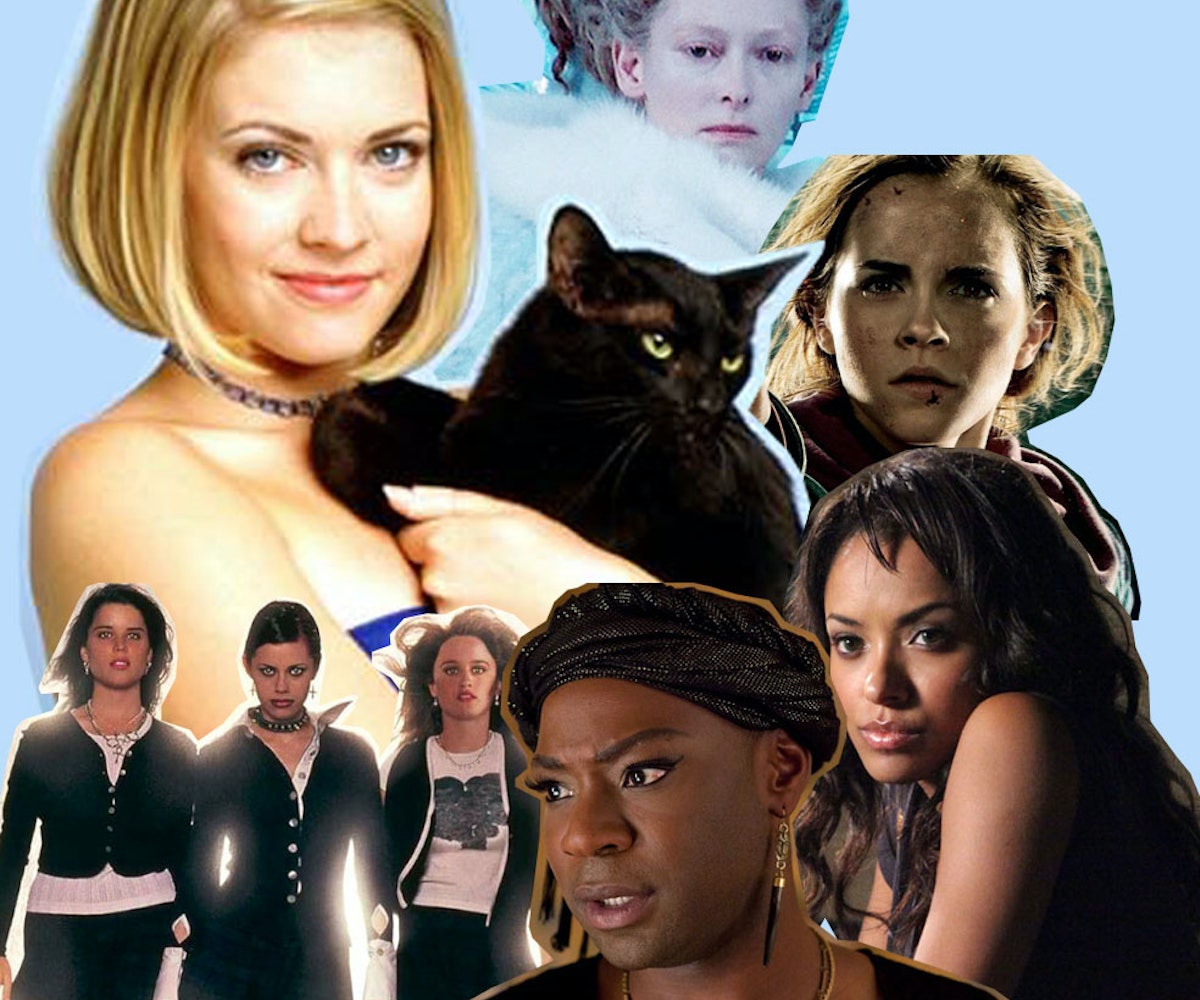 For anyone out there who grew up in the ‘90s, today marks a very special day. Exactly 20 years ago, the first episode of Sabrina, The Teenage Witch aired. Yes, we know, we’re feeling old, too.

For seven years following this date, we grew up watching our favorite witch, Sabrina Spellman, accompanied by her two aunts and talking cat (also witches), perfect her craft; date her mega hunk of a football player boyfriend, Harvey Kinkle (swoon!); and duke it out with her cheerleader rival, Libby Chessler. And, I mean, how can anyone forget that time her dad used his powers to summon a private Britney Spears concert?

In honor of this important anniversary, we rounded up 21 of our favorite pop culture witches of the last two decades.  From the iconic (and downright spooky) Nancy Downs in The Craft to more fun-loving conjurers, such as Samantha Stephens from Bewitched, these fictional, mystical characters will for forever have a place in our hearts—and continue to inspire our interest in the craft.

Alyson Hannigan as Willow Rosenberg on Buffy the Vampire Slayer, 1997-2003

Sandra Bullock and Nicole Kidman as Sally and Gillian Owens in Practical Magic, 1998

Emma Watson as Hermione Granger in the Harry Potter series, 2001-2011

Tilda Swinton as The White Witch in The Chronicles Of Narnia: The Lion, The Witch, And The Wardrobe, 2005

Nicole Kidman as Isabelle Bigelow as "Samantha Stephens" in Bewitched, 2005

Kat Graham as Bonnie Bennett on The Vampire Diaries, 2009-present

Carice van Houten as Melisandre on Game Of Thrones, 2012-present

Elizabeth Olsen as Wanda Maximoff/Scarlet Witch in The Avengers: Age Of Ultron, 2015

Cara Delevingne as The Enchantress in Suicide Squad, 2016