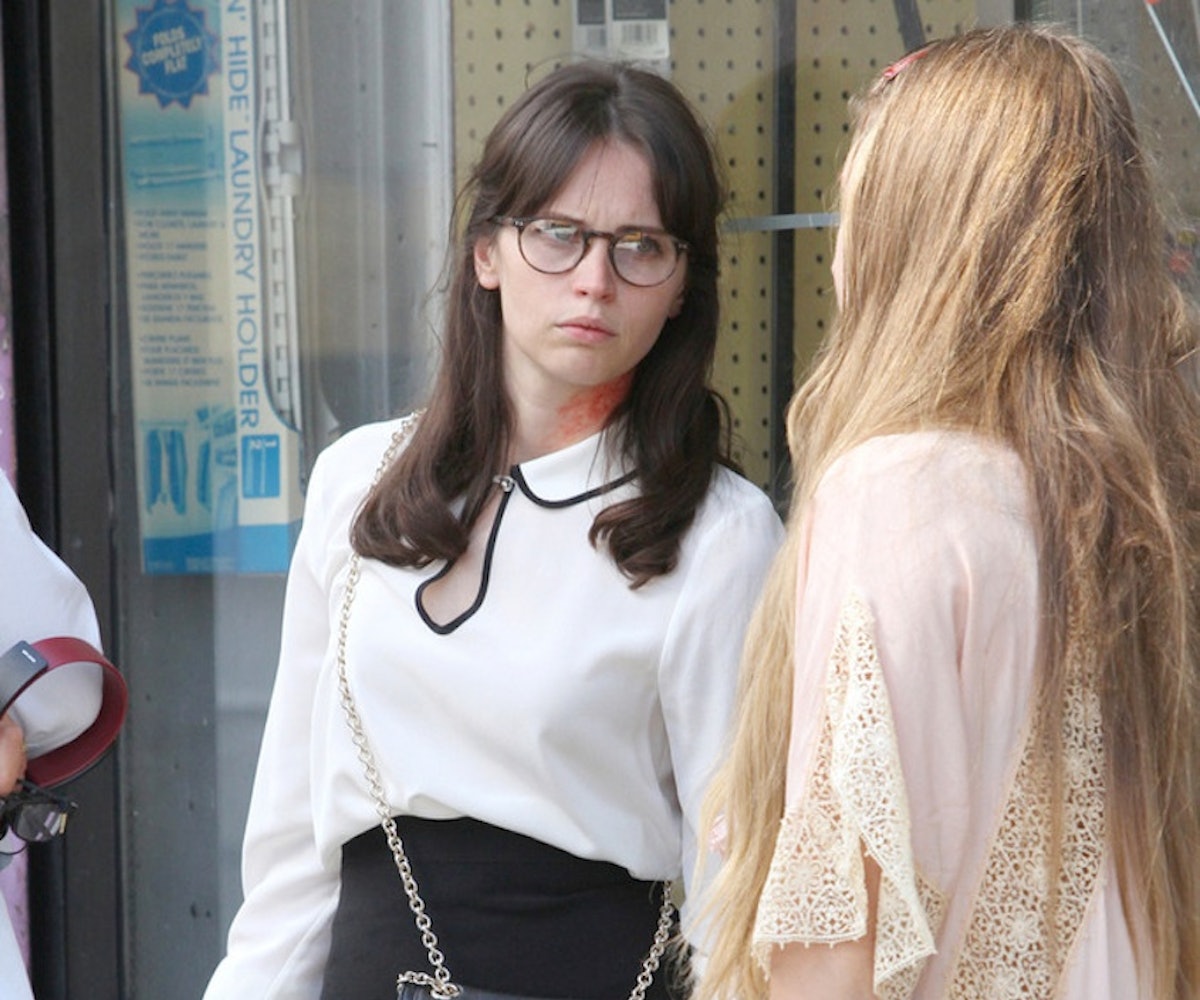 We spy with our little eye…miss Felicity Jones on the set of Girls! Photos surfaced online yesterday of the Like Crazy star on the New York set of the show with Jemima Kirke. Clearly this means the English actress will have a part in season three, which is shooting now. Don't believe us? Director Jesse Peretz tweeted his excitement about Jones's participation yesterday, and we're equally pumped.

That being said, we have some questions:

1. First things first. What's going on with the red rash on her neck?!

2. Who is she playing? Jessa's long lost European friend? A new love interest? Both?

3. Does she have anything going on with the show's new focus on financial stability?

4. This miniskirt-plus-collared blouse combo is so Felicity Jones. Did they change her style at all?

5. Again, what's happening with her neck?! Maybe it's a crazy hickey…

Let us know your theories in the comments!