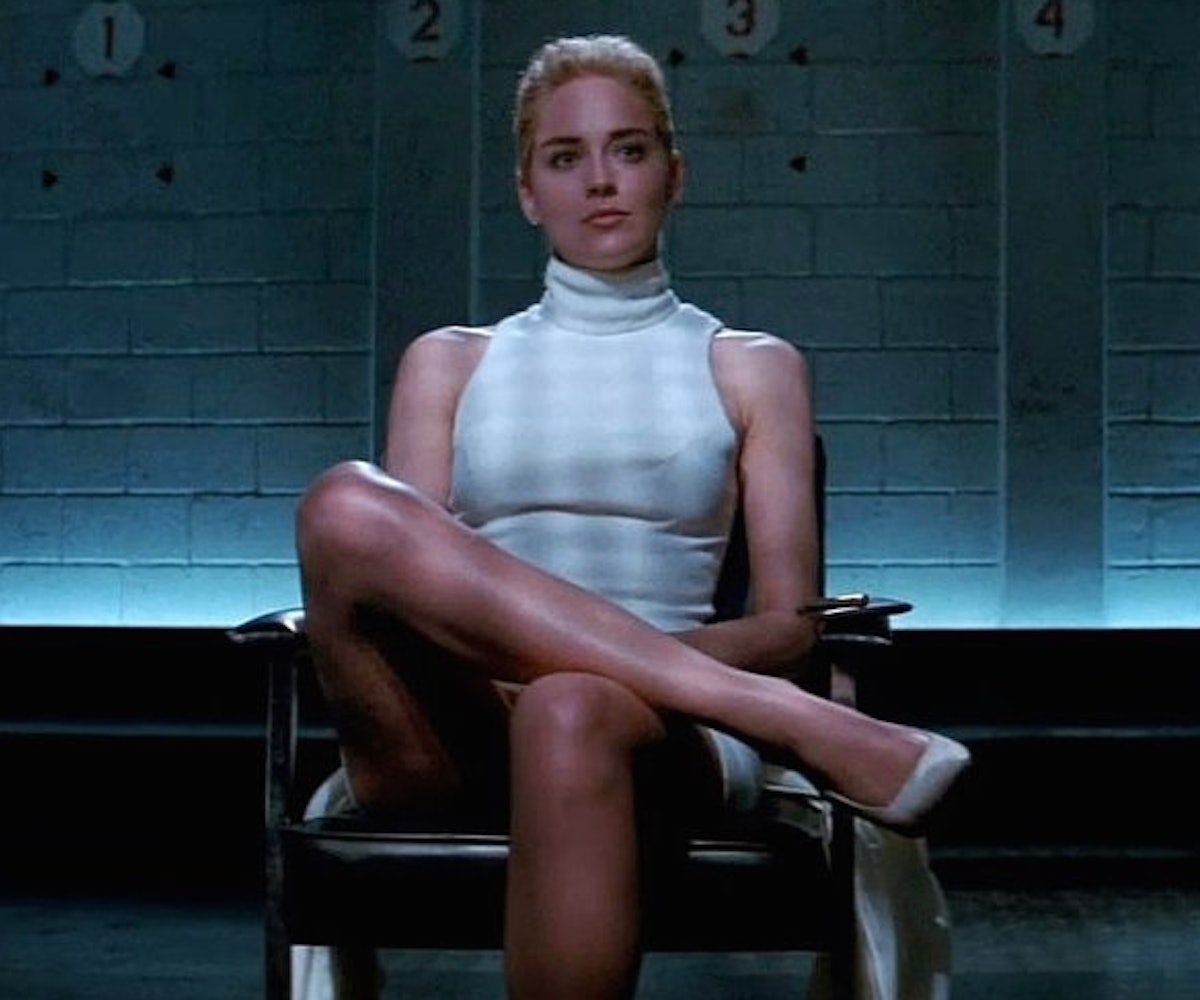 The costume designer for Basic Instinct, Ellen Mirojnick, also did the costumes for Fatal Attraction (1987). Mirojnick is truly the unsung auteur of the erotic thriller. Glenn Close also wears a white dress, but in a narrative device emblematic of the differences between the two films, she doesn't take control and exude sexuality wearing it. She gets murdered in it. The dress is off-the-shoulder (the opposite of a turtleneck) and pleated at the waist—a classically '80s silhouette. The film makes it very clear that a white dress will do nothing to protect her, and she begins to resemble a horror movie bride.

In The Last Seduction (1994), Linda Fiorentino, scheming and delightfully rotten to the core, pretty much only wears black-and-white ensembles. Her outfits are smartly tailored and businesslike, in a subtly old-fashioned way. A woman in a sharp white collared button-down and coordinated blazer is clearly not one to be messed with.

An all-white ensemble is perfect for seducing an unwitting man in sweltering heat. In Body Heat (1981), everyone's always talking about how hot it is, and Kathleen Turner saunters into the night in her crisp white outfit, ready to get what she wants.

In Double Indemnity (1944), in the role that launched a thousand scheming women, Barbara Stanwyck wears an elegant white jumpsuit, designed by Hollywood legend Edith Head, with a perfectly '40s trouser cut and a nipped waist. Wearing this kind of chic lounge look while up to no good is the ultimate power move, and, of course, an all-white outfit looks particularly fabulous shot on black-and-white film.

The Postman Always Rings Twice (1946), like Double Indemnity based on a novel by James M. Cain and featuring a similar plot, offers its first glimpse of Lana Turner in a white turban, a white crop top and high-waist shorts, and white shoes. Each element is perfectly meant to go together, and while her smoldering expression is serious, her outfit feels somewhat leisurely.

These women in white are not the figures of purity convention might have us expect. White can be a hard color to wear, and all of these women do it with panache—the last thing they're going to do is worry about stains. White may sometimes seem boring or safe, but these performances show that when worn with the right sense of menace it can be anything but. So beyond this Labor Day, don't follow conventional wisdom: Take a note from these unforgiving dames and try a white outfit. If the femmes fatales of erotic thrillers and film noirs are known for anything, it's breaking the rules.