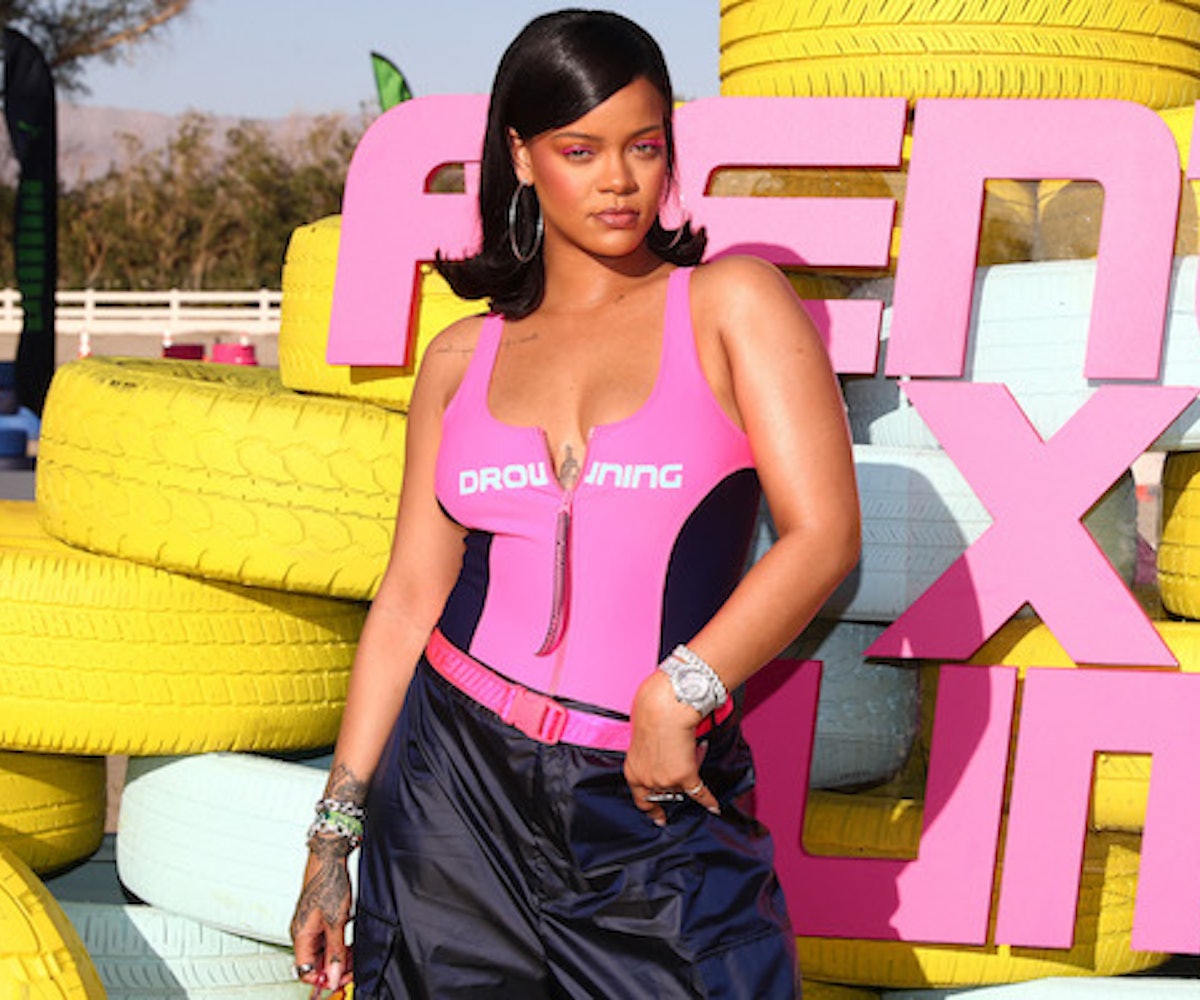 Another day, another copyright infringement claim.

It’s becoming pretty common for smaller indie labels to be ripped off by larger corporations, and now Rihanna and her clothing line with Puma are under fire for allegedly doing the same. However, this story isn’t as straight-forward as the others.

The brand Freedom United, a small label that produces tees, hoodies, hats, and more with the logo “FU” and has been worn by celebrities like Demi Lovato, is threatening to sue Puma over the use of “F.U.” on its merchandise. In Puma’s case, “F.U.” is meant to stand for Fenty University, and was a part of Rihanna’s Spring/Summer 2017 Fenty Puma collection.

According to TMZ, Freedom United sent a cease and desist letter to Puma in January, claiming that Rihanna had knowledge of its “FU” logo for years, yet still chose to use “F.U.” for her products. It also asked Puma to discontinue producing all “F.U.” gear, as well as state how much money Rihanna has made over her Fenty University gear.

TMZ also claims to have obtained a letter that shows Puma firing back at the brand in March, where they insisted that there was no infringement at all. Its reasoning? The logos are completely different fonts and “FU” is not a unique trademark, it’s just initials. Puma also stated that the Fenty University merch is no longer being produced, as it was from a past collection.

Allegedly, though, that wasn’t a good enough response for Freedom United, and the brand is still planning to file a lawsuit against Puma. We'll update this article as we receive more information.