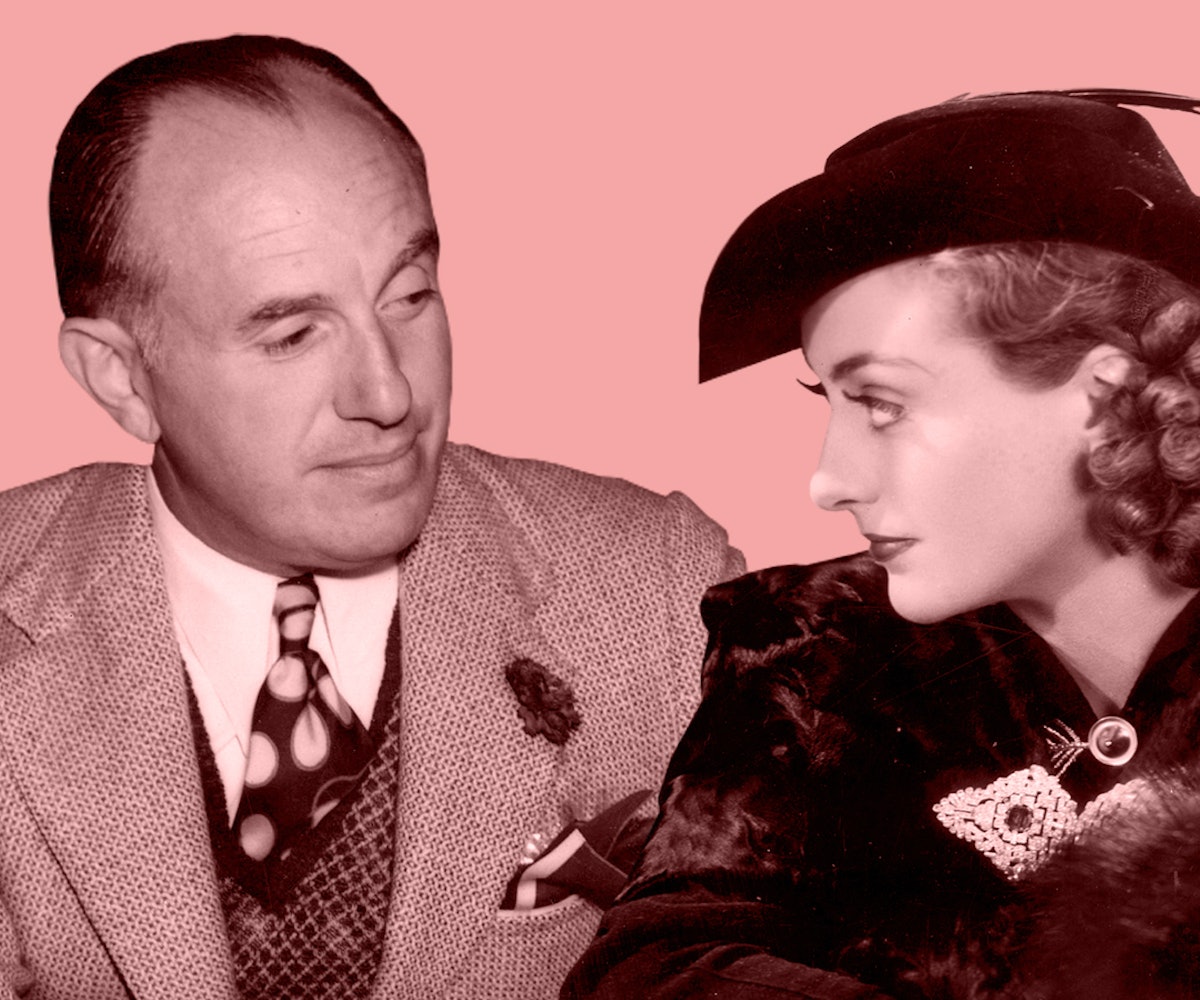 There is a “special guest star” on this episode of Feud: Bette and Joan, but he is only revealed after we see an elaborate recreation of a trailer for the axe-murder exploitation movie Strait-Jacket (1964) in which Jessica Lange plays out many of Joan’s most overwrought scenes (though not the one, unfortunately, where she lights a match for her cigarette on a record player).

Crawford goes on a cross-country promotional tour for Strait-Jacket where she is introduced by her director William Castle, a carnival barker-type delightfully played here by cult director John Waters, who has always been a vocal fan of Castle’s low-level showmanship. As Lange’s Joan comes out swinging an axe and young moviegoers throw popcorn at her, it is obvious that she feels deeply humiliated. But Waters’ Castle asks her, “Do you want a hit, Joan, or don’t you?”

Stanley Tucci’s Jack Warner wants to get back in on the “hagsploitation” genre when he sees the boffo grosses for both Strait-Jacket and Lady in a Cage. “Tearing down your idols is very satisfying for an audience,” he says, in a remorselessly business-like way. It is made clear in this episode that Warner knows he is on his way out as a studio chief. Like Crawford, he just wants a little more time, and he’ll do anything to get it.

Judy Davis’ Hedda Hopper confesses to Joan that she will likely die soon because of a heart problem. As Hedda takes stock of her life, it feels like she is about to succumb to regret over having ruined so many people in her column, but then there is a comic switch of tone and Hedda actually starts bragging about having destroyed the lives of those she calls “commies,” “queers,” and “whores.” Davis makes this transition both humorous and frightening, which is her specialty as a performer, but her work here is sometimes sabotaged by graceless and awkward editing.

Joan goes to a seedy hotel and speaks to the desk clerk there, and it turns out that he has been blackmailing her for decades, and then it is revealed that this clerk is Joan’s hated brother Hal (Raymond J. Barry). When Joan first came to Hollywood, Hal showed up at her door and announced that he was going to become a star himself, but according to Joan he was mainly a mean drunk and a loafer. Both Hal and Joan’s mother Anna lived off of her for the rest of their lives, and Joan hugely resented both of them, but she loathed Hal in particular.

In a way, Hal was Joan’s true nemesis, and so the idea to cast Hal in the role of her blackmailer is an inspired one, not provably true, but certainly possible. Hal is in the hospital when Joan comes to see him a second time, and the way they snarl at each other like enraged animals begs for some space and breathing room and some more realistic detail. (Just what is the “poison” that Joan speaks about when referencing their mother?) The hateful feelings between Joan and her brother are a gold mine dramatically, but the dialogue here is on the level of a daytime soap opera. Lange and Barry both struggle to find the truth and emotion behind this crucial relationship in Crawford’s life, but they have not been given adequate material to do so.

Did Crawford actually make a porno film? This rumor has followed her for nearly a century, but the only evidence that has ever turned up is a still published in Kenneth Anger’s Hollywood Babylon II of a nude girl who looks somewhat like Crawford. There is a movie listed on IMDb called The Casting Couch (1923), and this supposed stag reel has also been known as The Plumber, but on this series it is provocatively called Velvet Lips. Could Crawford have done something like this? It’s entirely possible. But unless someone finds an old can of film with one of these titles in an attic somewhere, it is unlikely to resurface.

Once again it is Lange’s Joan who dominates this episode, though Susan Sarandon’s Bette is very appealing when she toughly comforts Robert Aldrich (Alfred Molina) on the set of Hush…Hush, Sweet Charlotte (1964) after Aldrich’s wife leaves him. But this show of Bette’s good fellowship is overshadowed by the scene where the increasingly fed-up Mamacita (Jackie Hoffman) tells Crawford that her brother Hal has died.

Lange’s Joan just stands on her staircase for a moment and takes in the news of Hal’s death. She looks like she can barely believe that she doesn’t have to endure him anymore. Joan doesn’t cry and she doesn’t get angry, but there is some relief on her face. She walks into her living room and picks up the phone and coolly cancels the check that she had wrote out to Hal in the hospital, and this says all we need to know about her feelings toward him.

This episode ends with the start of shooting on Hush…Hush, Sweet Charlotte in Baton Rouge, Louisiana, when Joan calls Aldrich and hears Bette there in the room with him. Since the only thing that Crawford reliably clung to in her rivalry with Davis was her own superior attractiveness to men, being bested by Bette in the bedroom was even more humiliating to her than waving an axe at those Strait-Jacket screenings. And so an even deadlier all-out war between Bette and Joan looks about to commence.