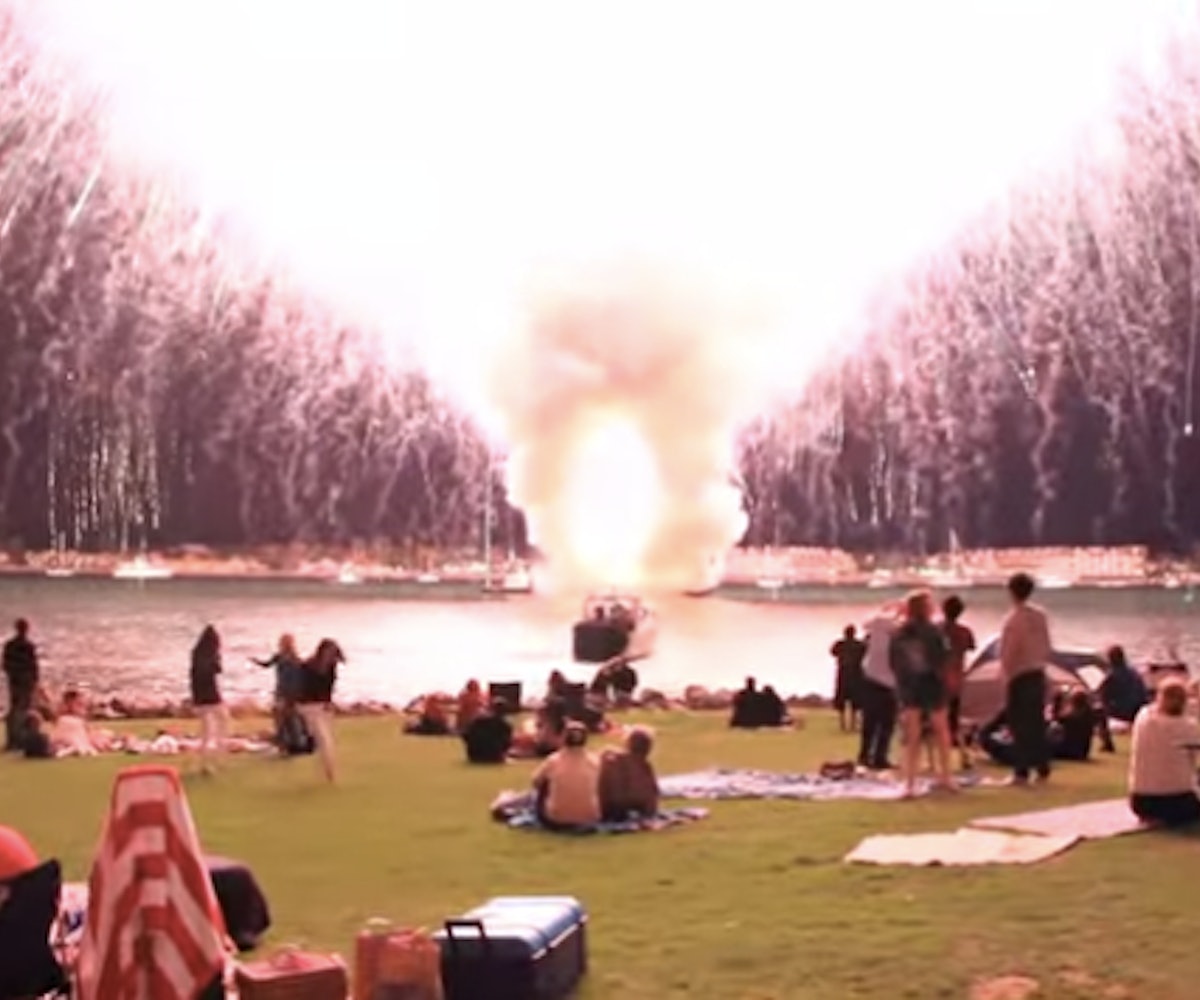 It's the Fourth of July, and fireworks are seemingly a no-brainer. They're as part of the tradition as burgers, beer, and the American flag bikinis everyone will inevitably wearing at your barbeque. Plus, could they actually be that difficult to set off?

Yes. Yes, they can. We've compiled a list of eight epic firework fail videos that prove if you're not a seasoned professional, you probably shouldn't be messing with the sparklers. So before you go out and buy that cheap set of fireworks or, goddess forbid, you try to build your own, let this list change your mind. (Disclaimer: We didn't feature anything where anyone gets seriously hurt, because we're not trying to ruin your day.)

Everything seems to go smoothly in the beginning, as the fireworks shoot beautifully up into the night sky without a hitch. And then about 24 seconds in, the fireworks begin to stop erupting into the sky and instead go off on the ground. It's not cute.

The man's reaction to the fireworks gone awry is easily the best part of this video. It's probably how we would react too, if we were there.

Seriously, you guys. It's a terrible idea.

Even professionals make mistakes. During the San Diego fireworks display of 2012, about 20 minutes worth of fireworks were accidentally set off in 30 seconds, creating a massive explosion. We advise you to turn your volume down for this one.

So many parts of this set-up were wrong, starting from placing the fireworks on a field to thinking it would be a good idea to use a paper towel roll as a holder.

We don't even want to call this an error so much as just bad thinking. The guy may be wearing an American flag as a cape, but there is nothing patriotic about this.

Okay, so most of the comments are suspecting the authenticity of this one. But whether or not it's real, it seems the message is clear. Homemade fireworks are a terrible idea.