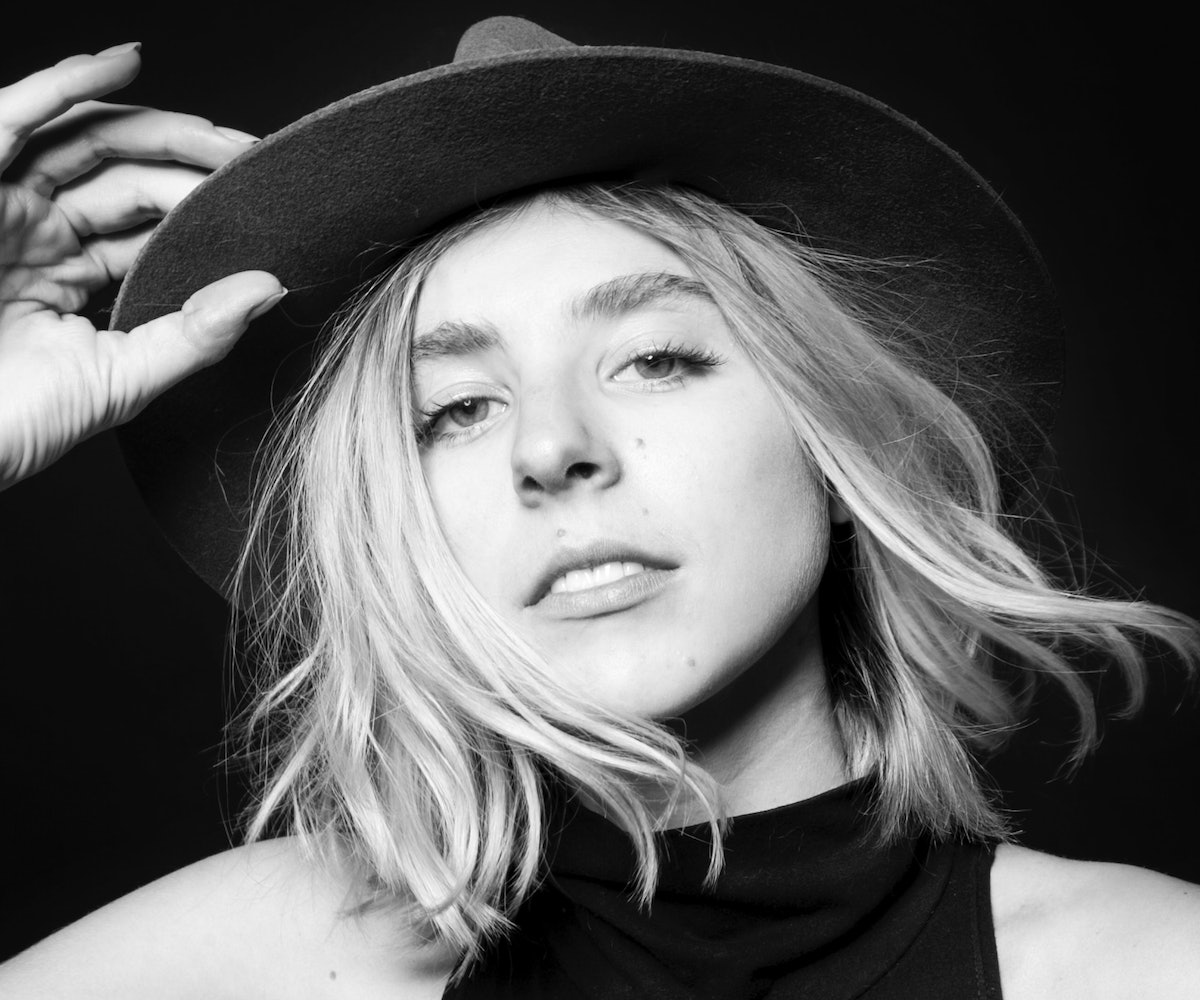 Eliza McNitt discovered filmmaking through science. It's evident after viewing—or should I say, experiencing—her latest project, Fistful of Stars. For the short duration of the film, McNitt puts viewers into the lens of the Hubble Space Telescope as it floats through the cosmos, witnessing the birth and death of a star. Through McNitt, we become the space travelers of our dreams.

"I was approached by an organization called National Sawdust, and they wanted me to create an experience that would make you feel as if you're floating through the cosmos," she says. "I felt like the only way to tell that story was through virtual reality [VR] because it truly transports you into another world as if you are really there." She's not making that up, either. Fistful of Stars was my first-ever experience with VR and after a little hesitation and vertigo, I surrendered all my senses, aside from touch, to McNitt's vision: a three-dimensional journey through space as a star is born until it dies a spectacular, glittering death. "VR," she says, "is about creating a world of discovery that you, as the viewer, get to uncover along your journey."

As it turns out, the viewer was originally going to accompany a woman as she floated through the stars, but McNitt pivoted to make the VR headset wearer the protagonist because, really, Fistful of Stars is about our intrinsic connection to the stars, the cosmic particles that make up you and I and everything around us. "We are but a spec of dust in this grand cosmic scheme," McNitt says, answering my question of the spiritual and human element of her narrative, "but I think human beings do play a very important role in the cosmos because we are the ones who discovered everything that is out there and it is our own imaginations that have expanded at the same rate of the universe because it's our own discoveries that have lead to understanding what is in the cosmos." It is our own discoveries and advancements that have made it possible for us to experience a story like McNitt's. The perspective we gain is humbling and daunting: a glass-half-empty person would see our smallness as meaningless whereas a glass-half-full person would see our smallness as liberating in a way—the stresses of the day are but a blip on life's grander scheme.

McNitt initially premiered Fistful of Stars to an audience of 6,000 in Brooklyn's Prospect Park last summer. She calls the idea "insane" because VR is such an intimate experience and translating it to a larger scale was, in a way, redefining what VR is. There was a live orchestra and a 360-degree soundscape. I experienced it on a much smaller scale, sitting in a room by myself without a live orchestra, but with a 360-degree soundscape nonetheless. McNitt's next iteration hits SXSW on a slightly larger scale (though don't expect a space capable of fitting 6,000 people) with haptic seating: chairs that move and vibrate according to what's playing on film, a VR first. (McNitt refers to it as a 4-D experience.) "This is what's so exciting about VR," she says. "There are no rules; we are the pioneers who are breaking all of those rules and pushing the boundaries of the medium." You could say she's exploring a new kind of tangible space through her film on space, looking to the past to envision the future.

"What's really interesting about this project is it's showed me that telescopes capture light and through that light, we peer back into the cosmos and look back in time at a moment in the universe, billions of years before we even existed," she says. "If you think of the world in that way and you think of humans as if they are light, which is truly what we are, there is this very spiritual idea that we are all just energy. In that way, we are very much connected to the cosmos." And isn't that what we want from space, anyway? The answer to one of life's most human of cravings: connection?

Ashes to ashes, stardust to stardust. After all, it's just science.