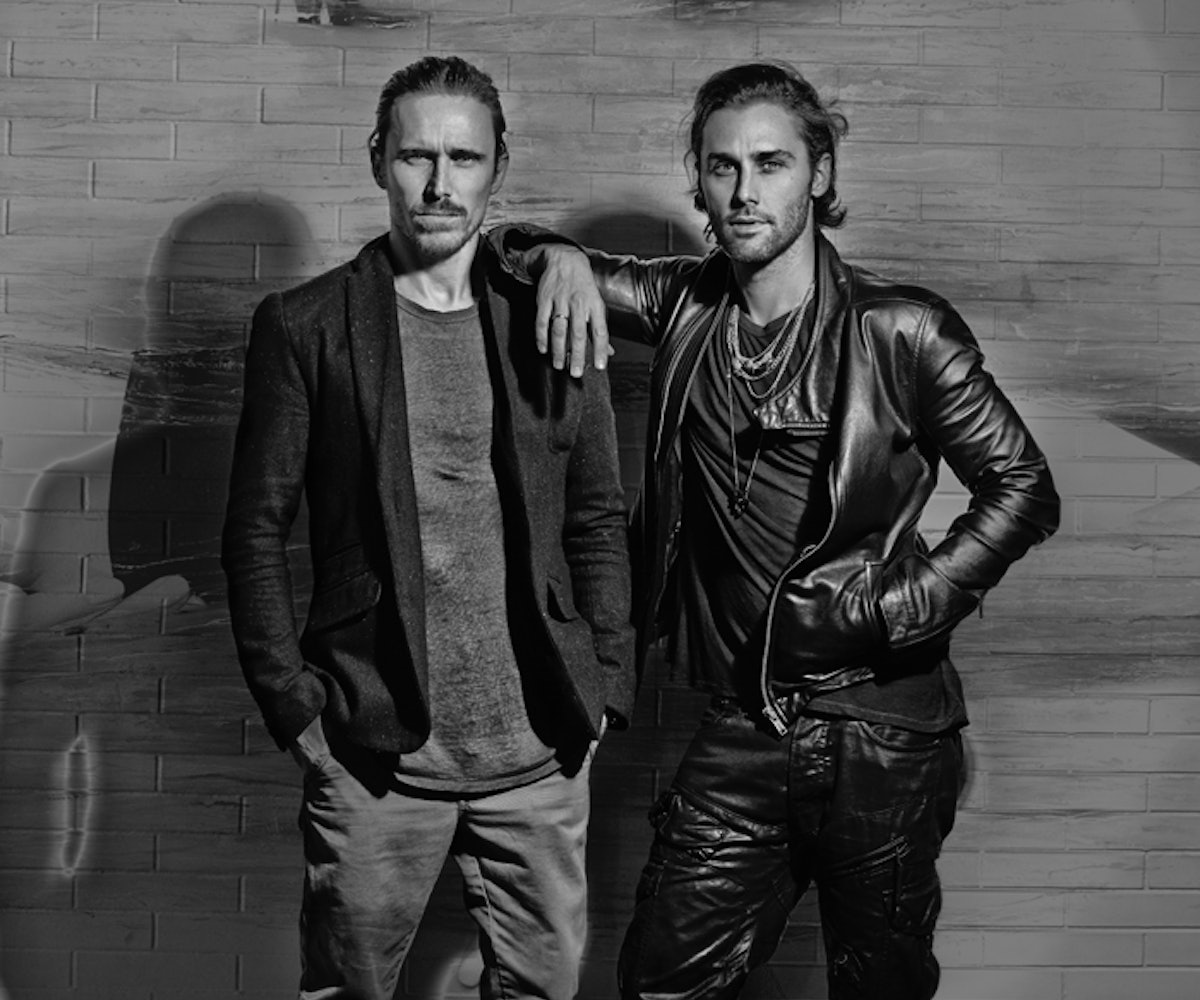 Working with some of the biggest brands and magazines in fashion for over a decade, chances are you’ve probably come across some of the work produced by Cristian Borillo and Martin Cespedes.

Initially crafting campaigns as art directors for a few prominent advertising agencies, the two have since moved on to manifest their own artistic vision as the imaginative duo behind Hunter and Gatti. Now, after showcasing their capabilities along side clients such as Hugo Boss, Kenneth Cole, Vogue, Esquire, and Flaunt, Hunter and Gatti is set to premiere its latest venture, “The Series.”

Combining the worlds of art and fashion to display celebrity portraits and acrylic paintings over photographic canvases, the three-day exhibition taking place here in New York will bring new meaning and breathe new life into photos that were once showcased in magazines. In addition, Hunter and Gatti will be unveiling “Carne,” the debut edition of new online project HG Issue, which will be focusing solely on flesh in the world of fashion. The first issue as well as others set to follow, combines an art gallery feel with the ever-changing experience of online editorial space to create a platform that pushes creative boundaries.

See the invite below for details regarding “The Series” exhibition, and take a look at what the Hunter and Gatti duo had to say when we chatted with them for our five questions.

What was the last movie you saw?Cristian: We both saw Gravity…we loved the movie, it was really an experience.

What posters were hanging on your bedroom wall growing up?Martin: No posters, just a lot of skate stickers in the windows. Cristian: Can´t lie… Wayne's World!