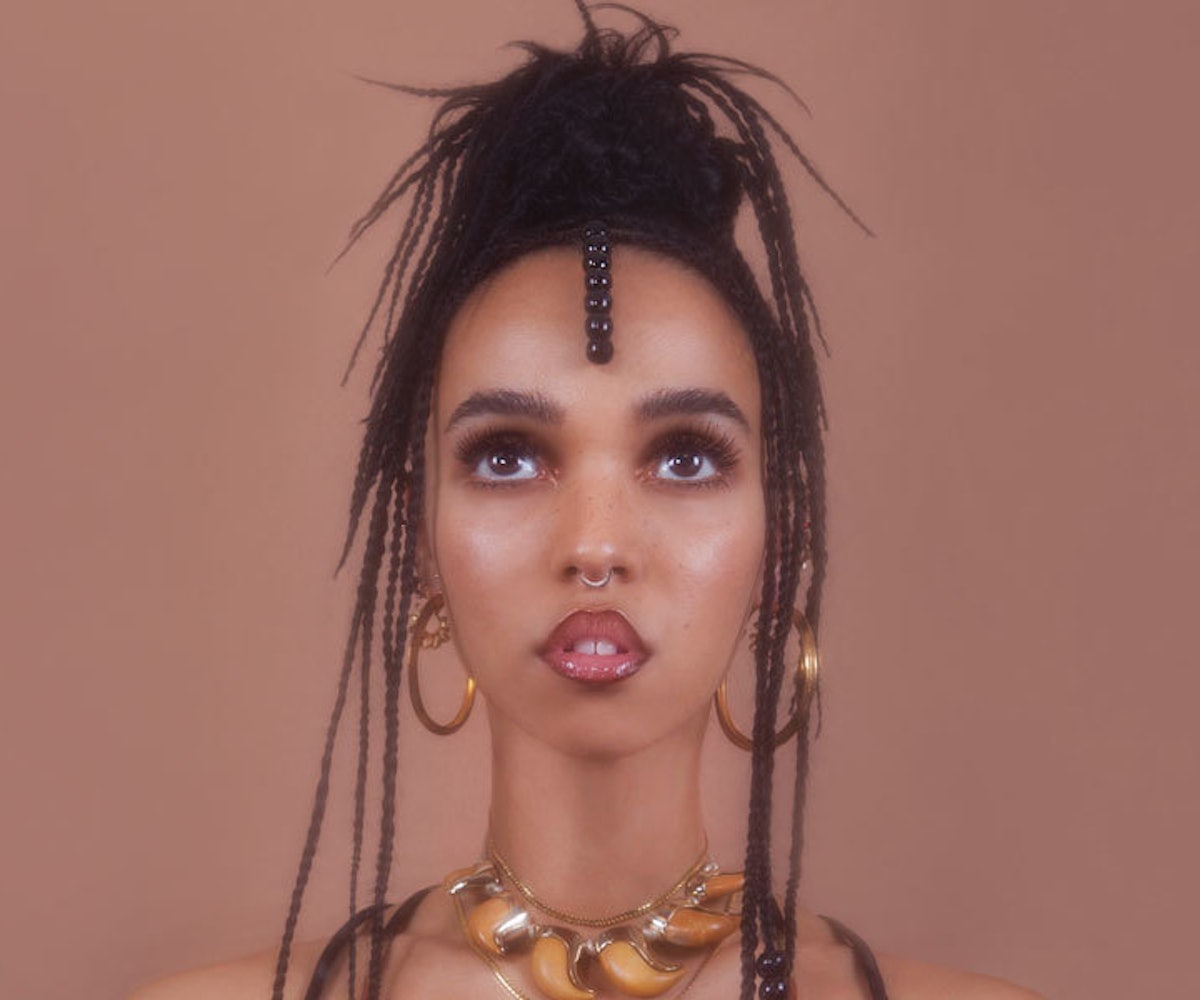 FKA twigs and Robert Pattinson have, reportedly, called off their engagement. Sad! We were rooting for their quirky pairing, but you know what breakups are good for? The creative soul. And it looks like twigs is channeling her energy into not only, yes, new music, but also a different kind of project: an Instagram magazine called AVANTgarden.

The digizine is “part magic, part-memoir” and the first issue is a visual exploration of braids, a style that twigs has worn many times over throughout her career. Why braids? She thinks it’s important for black women to own our heritage and to garner the confidence to display them proudly.

“You know cornrows started because slaves would draw maps in the braids of how to escape the plantations?” she said in an interview with Dazed, continuing:

It’s awful, but it makes me feel proud of them. I feel proud that they did that to release themselves from pain. That’s a beautiful thing. Through braids some people found their liberty. That’s why I think the community should be able to feel like they can wear braids with a suit and still look really smart, or their natural texture with suit and still feel really smart.

The images, which live on twigs’ Instagram page, feature her friends donning various intricate braided designs, durags, and a Grace Jones-esque hairdo. Growing up mixed, she says that she had a complicated relationship with her hair—as do most black women who have a straight hair beauty standard pushed on them. The idea that what naturally grows out of your hair is inferior sticks with you though, and twigs hopes that AVANTgarden helps wash away some of that subconscious messaging.

“I think to spark a conversation is just the very beginning of untangling it and having positive contemporary imagery people can relate to,” she says. “It’s so much more than some cute pictures to me, like I do want people to talk about it and I want to be able to talk to people through my social media to see how they feel, so that I can learn as well.”

The singer aims to put out a new issue once a month—maybe more, maybe less. You can enjoy the pictures below and over on her Instagram for the time being. And, hopefully, the next issue will bring some new music with it, also.