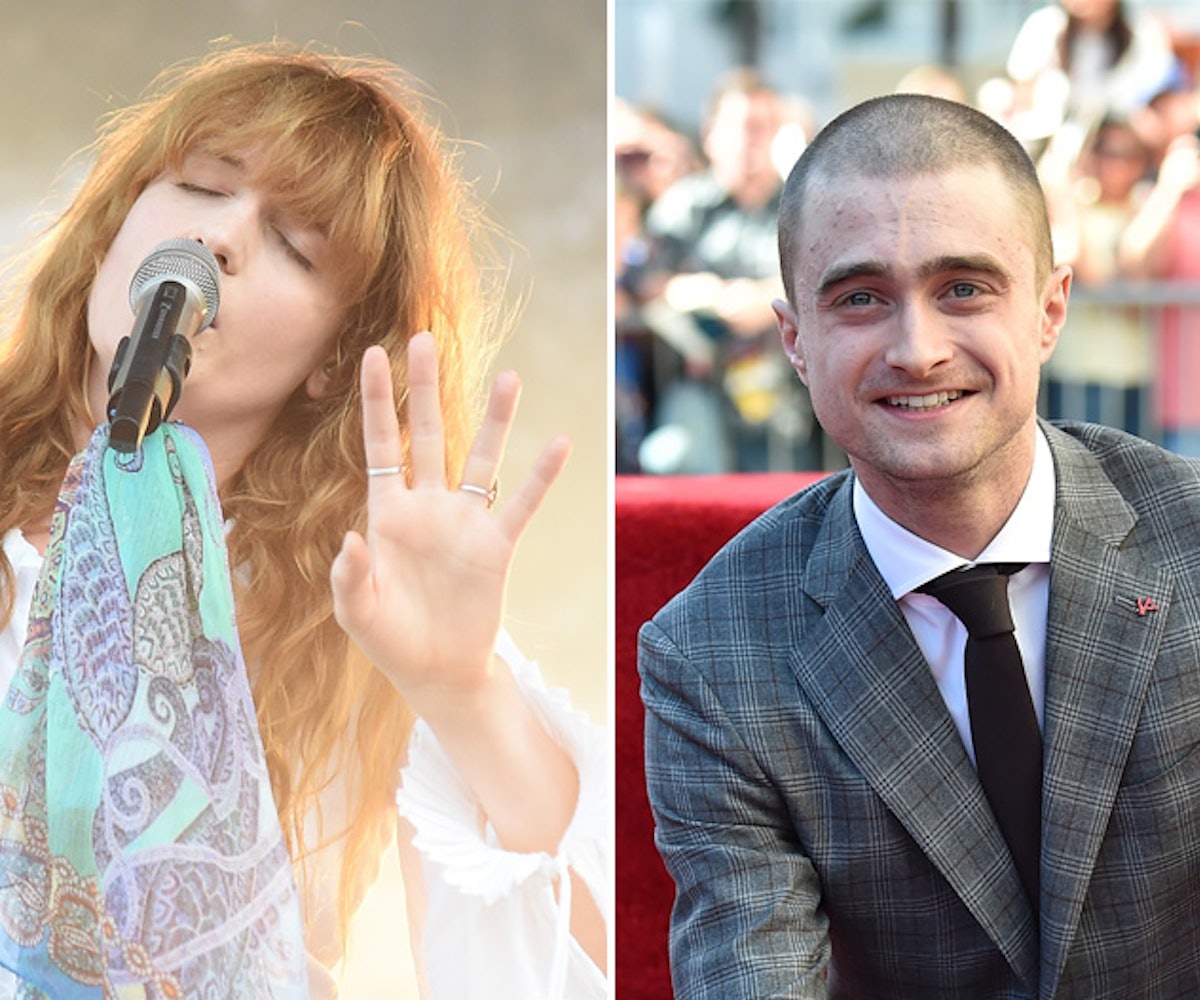 Florence + the Machine performed on TFI Friday, a U.K. show on Channel 4, recently and enchanted everyone, including the Boy Who Lived, Harry Potter Daniel Radcliffe.

During one such performance, Welch did what she usually does to a member of her audience, and sang into their face. If you don't know, she likes to get right up in their personal space and, for a fleeting moment, come very close to kissing them. Radcliffe just so happened to be in the front row, in plain sight, and a perfect target for the powerhouse performer. So, she nuzzled Radcliffe’s now very fuzzy, shaven head and probably cast some sort of spell on him. “She is phenomenal,” he told host Chris Evans.

Welch briefly touched on this stage habit during her most recent interview with Rolling Stone. “I just look for the guys who have been singing along for most of the show. You want to look for people who aren't going to just be freaked out if you make out with them,” she explained. “That's my general rule for life: Look for a guy that's not going to be freaked out if you make out with him.” She adds that “they’re usually pretty okay with it.” Looks like Radcliffe is no exception.