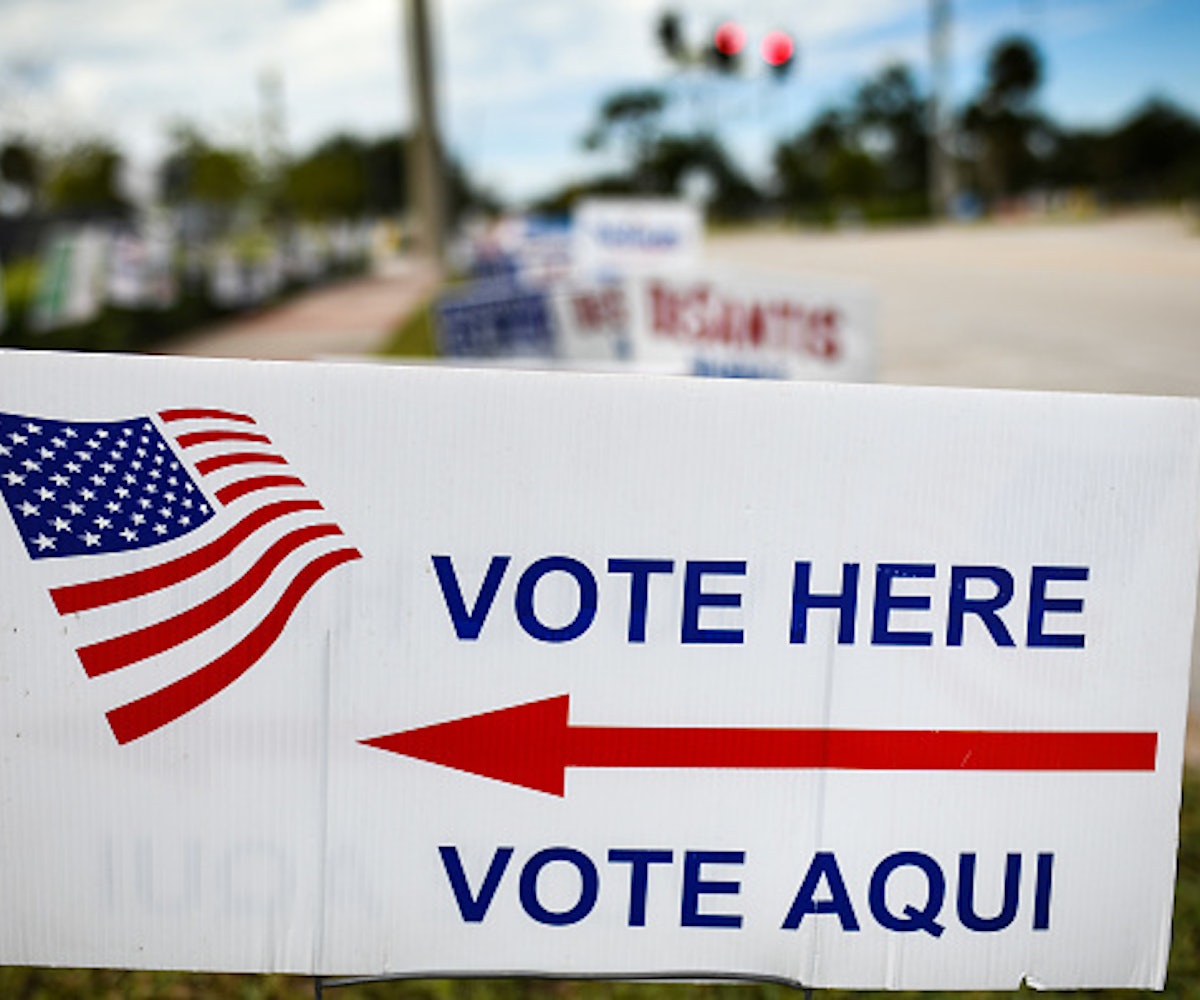 While this year's elections are probably the most hotly contested midterms that any of us can remember, most of the attention has been paid to the races for coveted Senate and gubernatorial seats. But there have also been several key ballot initiatives in states across the country that have the capacity to make real and lasting change should they be passed. One of those initiatives is Florida's Amendment 4, whose passage would mean, Vox reports, "automatically restoring voting rights in the state for people previously convicted of felonies." And guess what? It passed.

The amendment applies to all people convicted of felonies—excluding murderers and sex offenders—who have served their sentences, and is estimated to restore the right to vote to more than a million Florida residents. The amendment's passage was undoubtedly helped by its bipartisan support. Further, it's not such a radical proposal, as it is in line with the voting provisions for people with felonies that many other states have. Now, only Kentucky and Iowa bar people completely from voting after they've finished their sentences. (Change that, Kentucky and Iowa.)

The amendment's passage is a huge victory for civil rights. Not only will it serve to re-enfranchise a large part of Florida's population, but it will also hopefully make it easier for those who've been convicted of felonies to reintegrate into society, instead of facing continuous stigmatization throughout their lives. Well done, Florida. You got one thing right.