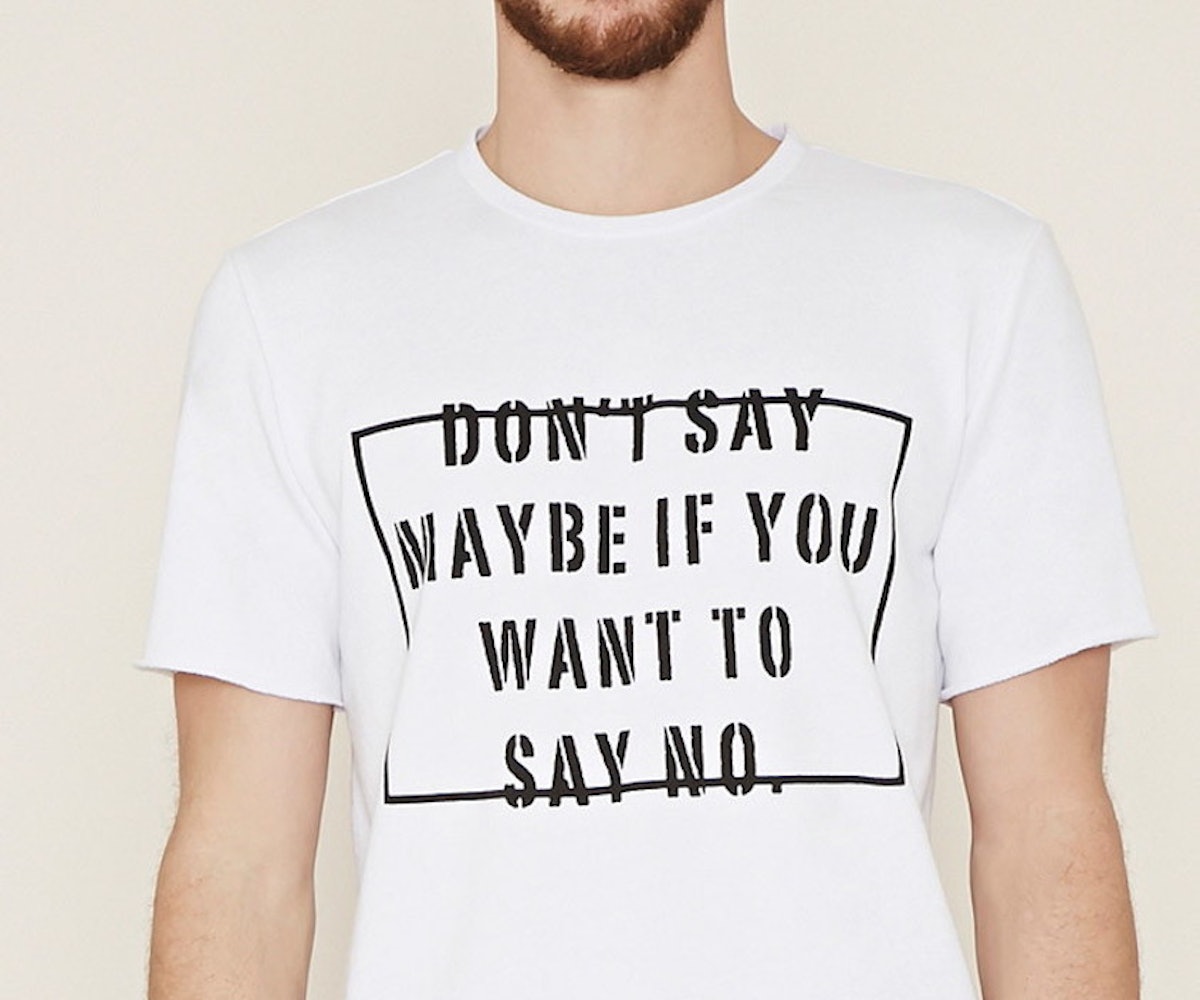 Usually, the only things sparking outrage at Forever 21 stores are the insanely long lines, employees who don't where exactly specific items are located, and an overwhelming number of clothing options available. Not today, when the fast fashion brand sparked outrage from the public after a highly unsettling men's T-shirt with words, "Don't Say Maybe If You Want To Say No" was spotted on the website. The message, with its obviously violent undertone, is printed across the chest in big bold block lettering.

Obviously, the Internet wasted no time jumping on the store for its not-so-subtle message promoting sexual assault. The backlash was so severe that the brand instantly pulled the shirt off its website, stating, "Forever 21 strives to exemplify the highest ethical standards and takes feedback and product concerns very seriously... We sincerely apologize to anyone who was offended by the product." But we still have a bad aftertaste. The only reason this totally un-PC design would make it to the shelves is if the retail dynamos at Forever 21 thought it would somehow sell, which means someone somewhere approved it.

Unfortunately, big brands overlooking seriously offensive clothing designs is nothing new. Let us never forget the time Urban Outfitters sold a $129, blood-splattered Kent State pullover, or when Gap tried to pass off a "Manifest Destiny" T-shirt, leaving us all scratching our heads as to who in these giant corporate chains greenlighted such egregious missteps. Maybe this Forever 21 situation will be the last nail in the cautionary coffin for these WTF retail moments, but it seems unlikely. At least, for next time, we know that the collective fury of the Internet can actually make a difference.