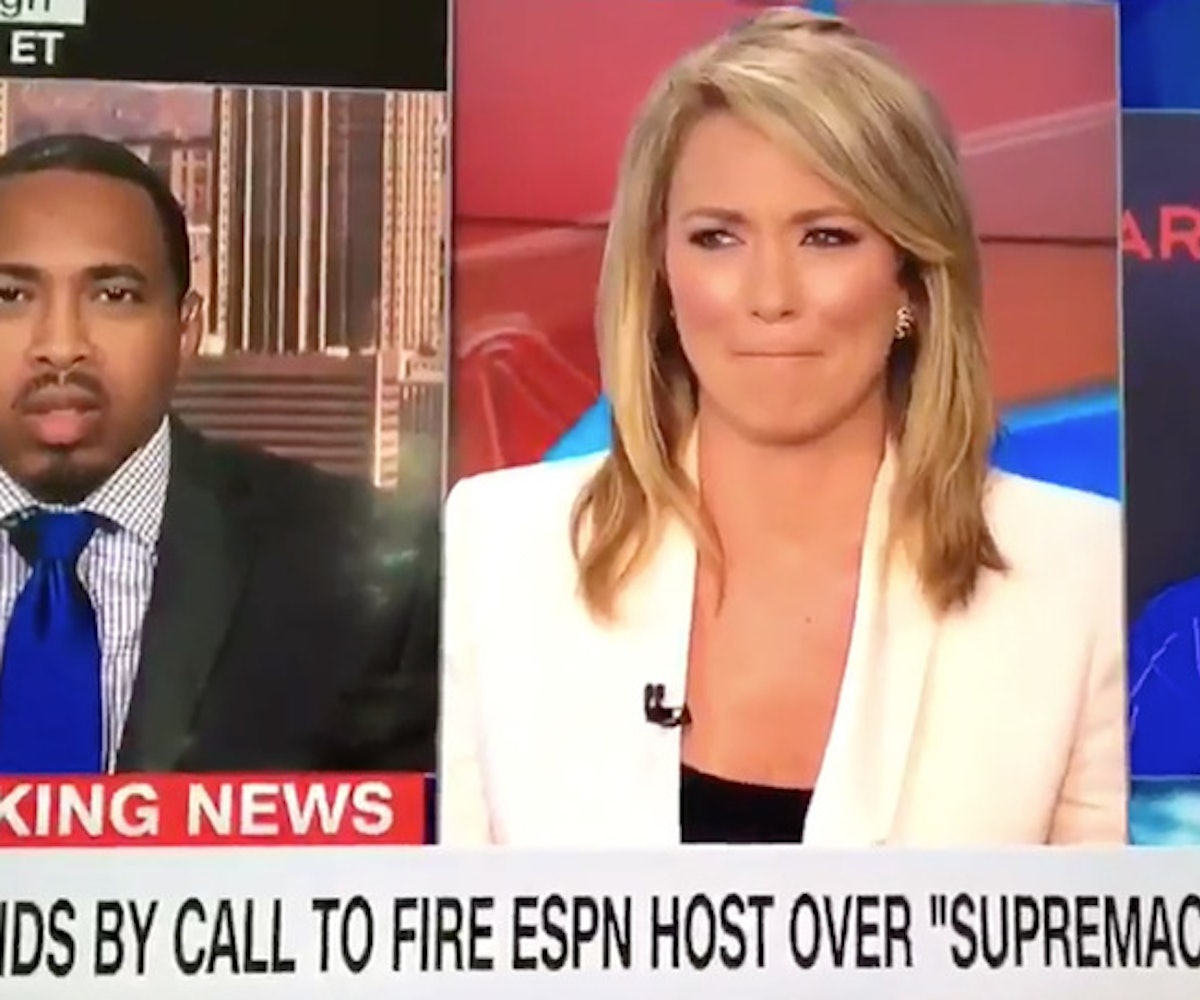 Fox Sports radio host Clay Travis appeared on CNN yesterday to talk about whether or not ESPN's Jemele Hill should be fired for tweeting "Donald Trump is a white supremacist." During the conversation, he decided to let anchor Brooke Baldwin and former ESPN Senior Editor Keith Reed know that he believes in "only two things completely," he says in the clip. "The First Amendment and boobs."

Immediately, Baldwin is not having it. "Hold on," she says, looking confused. "I just want to make sure I heard you correctly as a woman anchoring the show. What did you just say?"

Travis repeats himself three more times during the segment. "The two things that have never let me down in this country's history, the First Amendment and boobs," he says, "so those are the only two things I believe in absolutely."

He tries to continue the conversation about Hill, but Baldwin still can't believe her ears. “B-O-O-Z-E or B-O-O-B-S? Because as a woman—” she says. “I said boobs," Travis reiterates.

Apparently, this is part of Travis' schtick. "I say it live on the radio all the time, 'cause it's true," he says. "That’s what I do. Because I like boobs and the First Amendment, which is exactly what I said.”

Reed was also in disbelief. "I'm not going to talk about that on television because it's irrelevant to the conversation," he says.

Then Baldwin ends the segment early. "I'm done," she says. "This is conversation over. Yanking mics. Uh, bye. See ya."