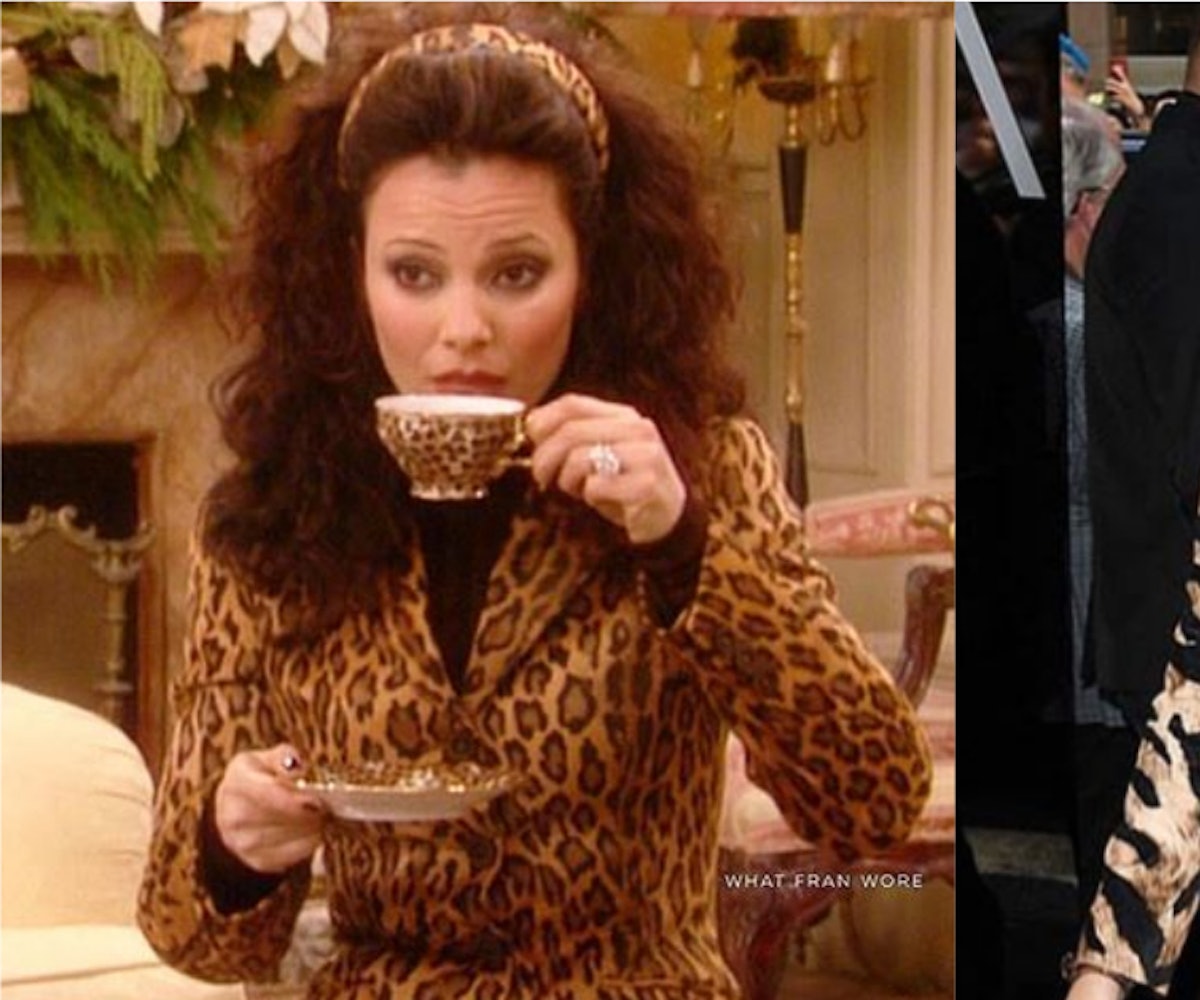 Fran Drescher wants a reunion of The Nanny to happen just as much as everyone on the internet, and she already thought of the perfect new cast member. To play her daughter, Drescher thinks Cardi B would be the perfect fit.

The rapper paid homage to the actress in an Instagram post recently, captioning her all-animal print 'fit with a caption, "Fran Drescher in@dolcegabbana," and now that we think of it, the two could probably trade wardrobes and no one would notice.

“I was so flattered," Drescher said during an interview with People TV, in reaction to Cardi B's look. "I just thought she paid homage to me wearing animal print and said ‘Fran Drescher.'" That's when the idea occurred to her. "And then I got my juices flowing and thought, ‘Wait a minute, she’s from New York, we both have funny voices, she could be my daughter!'" Can we just think about this seriously for a sec? Drescher's iconic nasal tone, Cardi B's knack for producing sounds I never knew the human body was capable of—they were meant to be cast as a family.

Though, as Drescher pointed out, Fran's onscreen husband, Maxwell Sheffield, would have had to have left the picture for this mother-daughter combo to happen between the original series and any future reboot. "Not from me and Mr. Sheffield, I would have to have a man of color. I’m down with the brothers." Yikes! Cringey, subtly racist comment aside, please make this series happen.

Drescher seems ready to step back into the role, but, according to her, television networks haven't yet realized the potential this reboot holds. "I don’t know what is going on with some of these networks out there," she said, "Because they do not seem to be hip to the fact that there’s an obsession amongst millennials for the show and moi!" It seems to me, if you have a hugely popular Instagram account dedicated to finding out what you wore on a show that ended nearly two decades ago, it's probably still relevant enough.